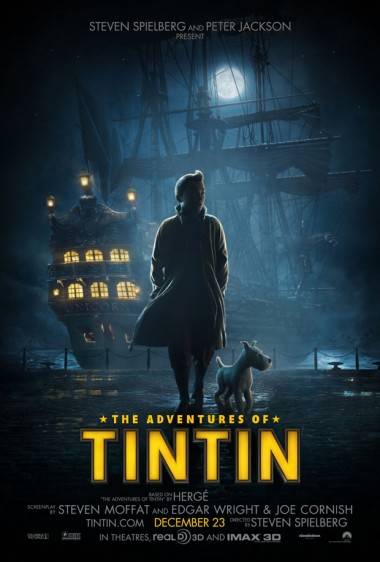 – Remember Tintin, everybody? You know, that cartoon that you flip by on the way to watching Full House after you got home from school in the afternoon? The Herge classic comic series is getting a stiff Spielberging with the help of WETA studios, the other game in CG town next to Industrial Light and Magic. The Peter Jackson-led effects house that brought The Lord of the Rings, District 9 and Avatar to life is using motion capture technology to make TinTin look damn creepy. After a few poster sighting at the Cannes Film Festival, the first trailer for the flick has been released and looks damn slick. I think I speak for us all when I say his dog Snowy looks even cuter in 3D. What, just me?

– Comics legend Stan Lee has confirmed that he is breaking with tradition and will not have a cameo in X-Men: First Class because filming was set “too far away”. He could have caught a ride with Silver Surfer, but decided all the intergalactic whining wasn’t worth it. He will, of course, have spots in The Avengers, Captain America, The Amazing Spider-Man, and was hilarious in Thor. Excelsior!

– Warner Bros. game division is trying to build on the success on their stealthy, stylish Arkham Asylum with… a Batman first-person shooter? Wait, doesn’t he hate guns with a passion after a gun took his parents? Apparently this game will explore what happens when an army of fake Batmans goes up against an army of fake Jokers. That was not a joke, that is the premise. Expect more information at the annual E3 Expo that starts June 7.

– Thor is doing gangbusters at the box office again. It’s raked in $344 million dollars domestic and international, and fended off all comers to retain its number one spot domestic this weekend. Priest did less well, taking in only $14 million at almost 2500 screens. Ouch.

– From the land of no surprises comes news that NBC has passed on the Davd E. Kelley-produced Wonder Woman series. It comes as no surprise, because all indications were that it was terrible. That will teach them to pass on a Joss Whedon pilot on the subject all those years ago. 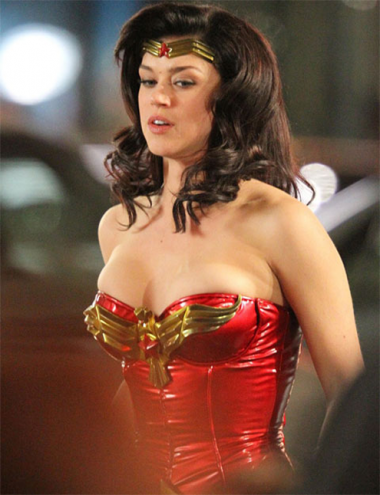 – Rumours that Men In Black 3 is a big pile of terrible that the studio is getting scared of hasn’t stopped these set photos from freaking us out. It’s like a costume party at The Biltmore but every second person is from Ganymede. 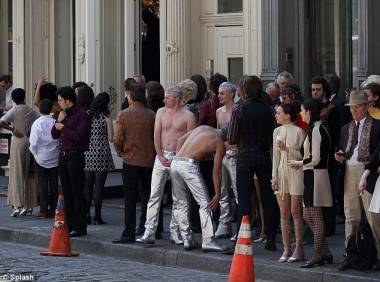 People lining up not to see Men in Black 3.