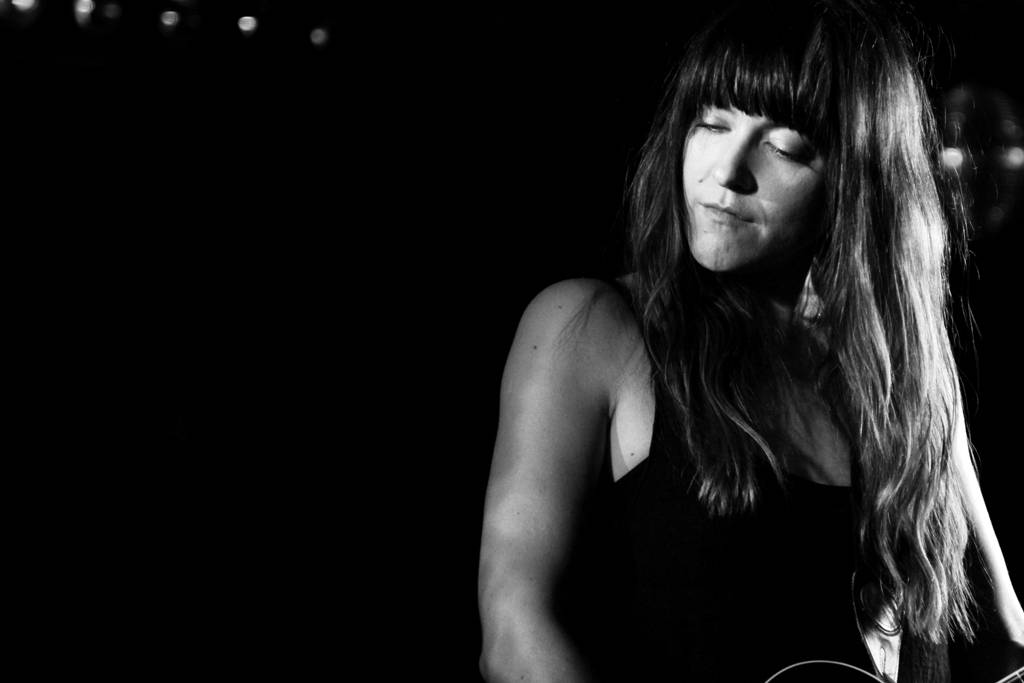 Keren Ann at the Biltmore Cabaret Saturday night. The French singer/songwriter is touring in support of her sixth solo album, 101.

Photog Anja Weber caught the show, and reports: “It was an amazing show and I’ve never seen such a respectful crowd at the Biltmore too.”

According to Wikipedia, “Her music has been featured in many films and TV series, including Grey’s Anatomy, Six Feet Under and Big Love. ..Her song ‘Beautiful Day’ has been the sound of the Skyteam campaign, and in 2008 her song ‘Lay Your Head Down’ was the synch for the international H&M Spring commercial.”

She also co-wrote and co-produced the second album of singer/actress Emmanuelle Seigner.

Chris Garneau, an American singer/songwriter who has spent time in Paris (as has Keren Ann), opened.

Keren Ann has a few more North American dates, ending at the Drake Hotel in Toronto June 28, before heading back overseas for a European tour.