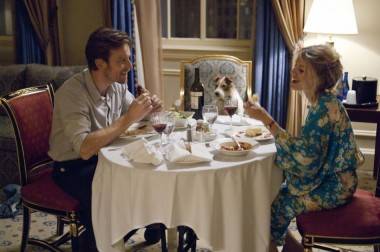 Beginners, Mike Mills‘ second feature, is based on the director’s memories of his father, who came out of the closet at age 75 after becoming a widower, and the search for authentic relationships. It follows his first feature, Thumbsucker (2005), which Mills adapted from a novel of the same name by Walter Kirn (whose Up in the Air was also made into a movie, starring George Clooney).

He has also made a number of music videos (Air, Pulp, Everything but the Girl, Les Rythmes Digitales, Moby, Yoko Ono, and the Jon Spencer Blues Explosion), commercials (Levi’s, Gap, Volkswagen, Adidas and Nike), short films and documentaries (Does Your Soul Have a Cold?).

Besides directing features, the Berkeley-born Mills is a noted graphic designer and artist. He’s designed album covers for such bands as Sonic Youth, The Beastie Boys, Boss Hog, and Buffalo Daughter, and has done extensive work for companies such as X-girl, Marc Jacobs, and Supreme. He has had solo art shows in various galleries around the world. Of course, his most notable accomplishment is being married to director/writer/performance artist Miranda July.

We talked to Mills on the phone from Toronto. 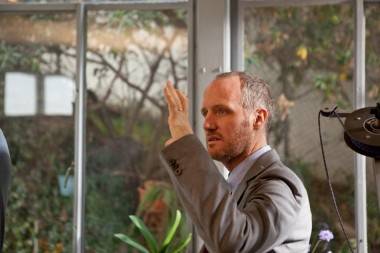 Rachel Langer: This film seems like it comes from a place of deep authenticity. Could you talk about that?

Mike Mills: My goal from the get go was not to make a souvenir memoir, but to try to use this authenticity to make it more contagious or more real for an audience, and that way try to emulate so many people that I look up to, filmmaking wise, or as far as authors or musicians.

RL: You had a very high caliber cast on this film. Did you find this caused more pressure or intensity? Did it compare to the level of the cast on Thumbsucker? I mean, Christopher Plummer is Oscar caliber.

MM: Well, Tilda [Swinton, who was in Thumbsucker] won an Oscar, so there were equally intense actors on both films. All those people were just pretty easy. I mean, definitely they’re all different characters, but they like working, they don’t take it for granted, and you’re really just working, you know?

I gotta say, Ewan is just one of the more nice, down-to-earth people you’re ever going to meet, and then Christopher is just really inspiringly, and you can feel that he is not just sitting on his laurels. Even though he is 79, he just wants to continue to do good stuff, or even to get better, and that’s pretty wild to be around. But it was never intimidating, it was often just very fun, we had a lot of laughs. 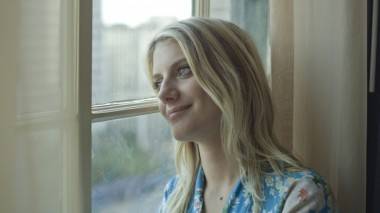 RL: Did you find that as a writer/director, you had trouble wearing both hats, or were there sacrifices you had to make with one vision for another?

MM: No, they go hand-in-hand, to me it’s like one and the same. The whole process of filmmaking is filled with things you didn’t expect, like, you wanted it sunny and it’s raining or you’d want to shoot for 60 days and only have 30.

RL: How did your background as a graphic artist affect your choices for this film?

MM: As an artist, I’ve had a lot of art in galleries and my graphics have sort of been in both worlds and it’s that kind of “by any means necessary” approach that really influenced this, and that all things are equal, a still photograph is not less important or less emotional or less valid then live action photography. And I do think I was going through some sort of crisis-y time in making this, which is very natural after your second parent has died, you know – “Who am I? What’s unique about me as a filmmaker? What do I have that are my particular tools?” I really un-soberly embraced all the things I know and love and do, in this movie. 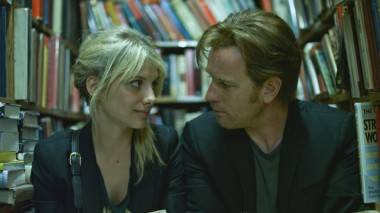 RL: The film obviously deals with a generational phase shift in thinking when it comes to relationships, gay rights, and consumerism as a whole. Did you intent to deal with those things, or did the story naturally produce them?

MM: I did cultural studies in graduate school, and that’s always been a really deep interest of mine, how the personal and emotional lives, and in my parents case, their sex lives, is really political and a part of their history.

The one flash moment I had that made me think I could make this movie was something my dad said when he was alive. He said: “Your mother would disagree with me, but I think she took off her Jewish badge and I took off my gay badge and when we married we joined the American Story.” So he told his own story in this broader historical context, and that’s when I thought, “Oh, yeah this isn’t just the Mills family, this is so many people, this is such a broad thing”.Â  So I’ve been interested in looking at things through a pop-culture context, or a historical context, and I was really happy I found a way to do it. 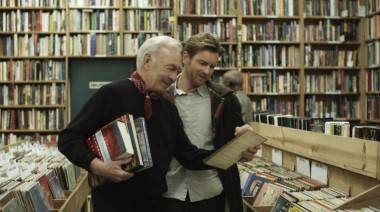