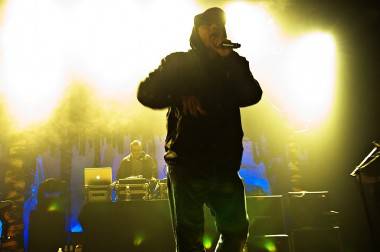 Featuring DJ Abilities, Grieves and Budo, Blueprint and Atmosphere, Rhymesayers’ The Family TourÂ was essentially a showcase night for the Minneapolis label. Even though this meant more artists and shorter sets, Atmosphere drew their usual massive and rowdy audience. The crowd was young, the bass was loud and the Jack Daniels lemonade was flowing (truly my favorite part of Vogue shows).

Atmosphere consists of emcee Slug (Sean Daley) and DJ/Producer Ant (Anthony Davis). Now in their third decade of writing and producing hip-hop together, the duoÂ has finally crossed over into the mainstream to establish themselves as one of the most successful independent hip-hop artists in the music industry today. 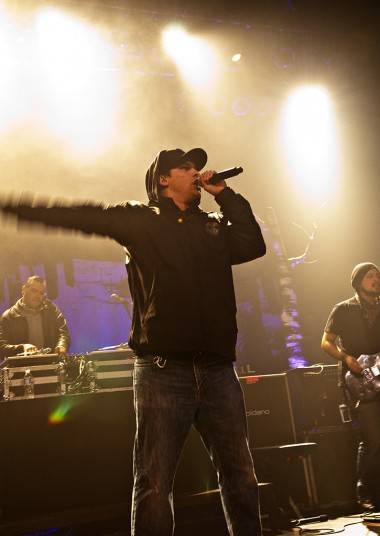 With so many fickle hip-hop artists out there, fans crave acts that are consistent, and Atmosphere is, if anything, consistent in what he delivers – both in quality and theme. One thing that struck me about his set withÂ Rhymesayers’ The Family TourÂ was his effort to make a real connection with the audience as well as his eagerness to share the older hits as well as his new ones. He went way back to 1997 with “Scapegoat” and also brought out crowd favorites like “Guns and Cigarettes”, “Sunshine”, and “Puppets”. 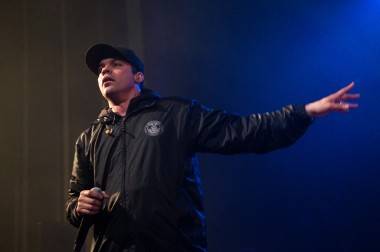 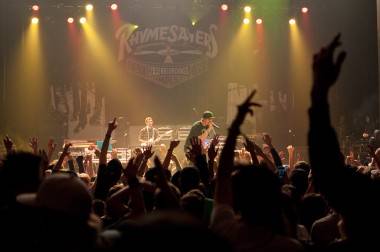 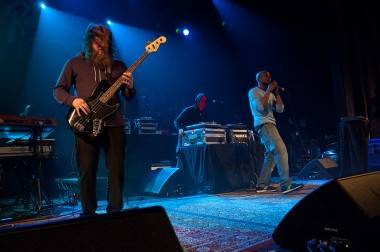