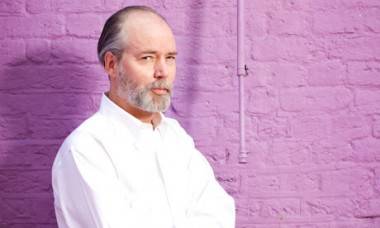 Editor’s note: When we learned that Vivian Girls’ Cassie Ramone is a fan of Vancouver author Douglas Coupland, it seemed like a no-brainer to set up an interview between the two. Thanks to both Cassie and Douglas for taking part.

I first picked up a Douglas Coupland novel while on tour with my band Vivian Girls in Europe, spring 2009. We were in a bookstore/CD store in Bristol, England when I saw Generation X on the shelf and thought, “This might be interesting.” As it turned out, it was one of the best books I’d read in a long time. Ever since then, Douglas Coupland has been one of my favorite authors and a general inspiration of mine.

I was amazed by the way Coupland portrayed the things I love, hate and find funny about North American life – things I noticed but was never able to articulate. To me his writing is almost like a form of pop art: it takes the most banal aspects of culture and makes them surreal and beautiful.Â On our last European tour, we were lucky enough to find a fan in Hamilton, New Zealand who was able to make an Earth Sandwich (when two people on exact opposite sides of the world put a piece of bread down at the same time, sandwiching the earth in between) with us in La Carlota, Spain – an idea taken from one of Coupland’s more recent books, Generation A.

This Thursday, May 26, Coupland is hosting an “interactive presentation” at the Waldorf Hotel in his hometown of Vancouver.Â  “Coupland – McLuhan – YouTube” will explore the idea of YouTube as “the ultimate manifestation of the global village”, according to the press release, and relate some of the ideas of Marshall McLuhan – subject of Coupland’s recent book Marshall McLuhan: You Know Nothing of My Work! – to the Internet age.

The author/artist/designer was kind enough to take time out of his busy schedule – “my life is a total mess right now” he told us – to answer a few questions via email. 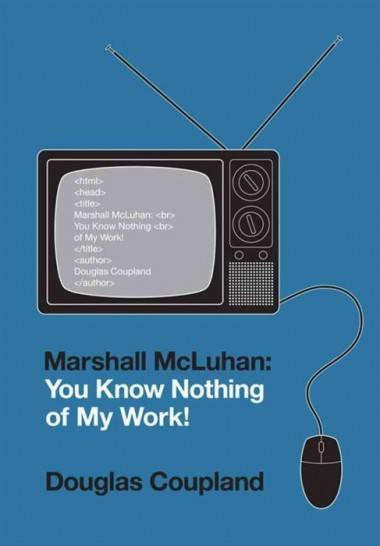 CR: I read that your biography of Marshall McLuhan came about because a friend asked you to do it.

CR: Did you have any revelations on McLuhan while doing research?

CR: What are some of the most interesting things you’ve learned about him in the process?

DC: The most important thing, and the thing I fluked into merely by dint of it being 2011 and the internet existing, was that much of what McLuhan wrote about and discussed back in the 1960s was the internet. His only problem was that he didn’t know what its interface was going to be – which made him sound kind of crazy to a lot of people – he was using poetry and medieval history to explain linking and the IMDB. 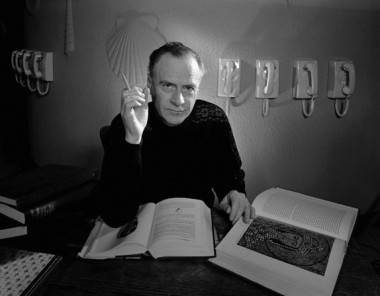 CR: What can Vancouver expect of your presentation at the Waldorf Hotel?

DC: No idea. Really. It’s an experiment. Everyone thinks it’s a talk or something, but it’s not. In one of the lower rooms there’ll be a laptop set up with a really good digital projector and I’ll be YouTubing with the audience. Like at a party where everyone ends up watching stuff online together.Â The old Blinding Light Cinema [ed. note: a small, independent Vancouver theatre] used to have “Industrial Footage Night” and “Bring Your Own Super-8 Night” and I loved going to those. It’s in that spirit. People will be encouraged to drink and talk if they want. It’s social as much as anything else.

CR: Will you be taking it on the road, or is it a one-off sort of scenario?

DC: One off. But if it’s fun we might make it regular.

By YouTubing, we take a glass-bottom-boat ride through our collective subconscious and our dream life. McLuhan used to stand up in front of huge rooms of people and go random on a daily basis. So this event carries on in that tradition, too. I’ll have a dice with sides like: political, cute, celebrity and so forth that audience members can roll. If audience members have a really great idea, we can look it up. There’ll be a few prizes and… it’s really hard to say what it’ll be like. I’ve never done this before and I don’t think anyone else has, either. It’s new form of socializing, like when everybody swaps apps at the end of dinner.

CR: How does the medium of YouTube distort how we perceive each other? Or does it?

DC: I don’t think it distorts perception, but after people use it for a while, it creates a culture of expectation and entitlement that can never be erased once it sets in.

CR: What kind of stuff do you normally like to watch on YouTube?Â Do you have any guilty pleasures?

DC: So many! I collect art about disasters, so I spend more than most people Youtubing that theme. “Trampoline accidents” is a fun category, too.

CR: Sometimes I feel like the Internet provides so many distractions that many users don’t have as much time or motivation to focus on their craft (whatever that may be: knowledge of a topic, a musical instrument, art, etc) as they would have if it weren’t available. Myself and many people I know fall into these traps, but then again we barely remember a time before the Internet. I guess what I’m saying is, sometimes I wonder if people that could be creative masters suffer from distraction and won’t live up to their potential, by no real fault of their own. What do you think?

DC: Nah.Â Creative people will always create – there’s no stopping really creative people. The internet weeds out the pretenders, but that’s what TV used to do – it’s what books used to do. 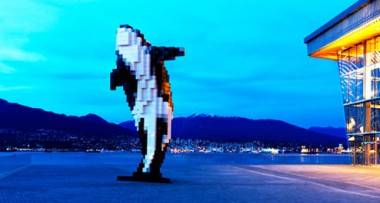 CR: On a related note, how does the Internet affect your writing routine?

DC: I don’t think my routine has changed significantly in ten years.

CR: I know many writers have an Internet blocker set up for certain hours of the day, or a separate computer without the Internet, so they can focus on their work.

DC: Wow. It’s true, that once you get used to a certain level of connectivity, you can never go back to where you used to be. Maybe these people should go with the flow and try to rewire their brain to the new reality. It’s not going to change. It’s only going to get faster and more intense.

CR: Do you ever wish the internet as we know it had never existed?

CR: I know you are interested in art and typography. Do you have a connection with the logos of chain stores and other corporations?

DC: I studied typography pre-computer… Letraset was as high-tech as we got. So everytime I change a font on my Mac by going *click* my brain does a happy dance because it was so easy and fast and cheap. And I see logography as an extension of language’s need to find phonetic, symbolic and syllabic representations. A John Deere logo or a Lego logo is really no different to me than kanji (which I also study). 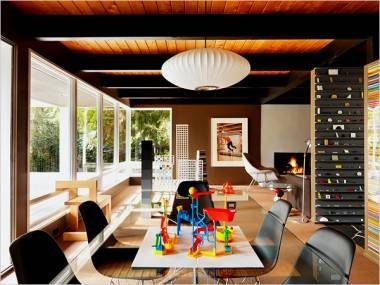 The old Mousetrap game is an “amazing sculpture you can get for $3 at a flea market.” An image from Douglas Coupland’s house by Martin Tessler for the New York Times.

CR: If you were forced to work a McJob, what would it be?

DC: In the 1990s I tried getting hired at McDonald’s restaurants all over Vancouver but no one would hire me… not because they knew who I was but because there was something fishy about someone my age applying. It was stereotyping of a really odd kind.

CR: If you could only pick one, which of your books would you recommend to someone who has never read your work before?

DC: Either Hey Nostradamus! Or the one I’m writing now, the filthiest book ever written.Â Seriously.

CR: Finally, a few weeks ago I invited you (viaÂ Twitter) to come see a show my band Vivian Girls was playing. Were you considering it?! (My feelings won’t be hurt if you say no. I realize it was a total cold call!)

DC: I almost never check TweetDeck… sorry. It was probably an awesome gig. I just looked you up on Google Images so now I know what you look like. Isn’t that creepy? 2011!

See you at the Waldorf.

Slideshow of Douglas Coupland’s “other” house