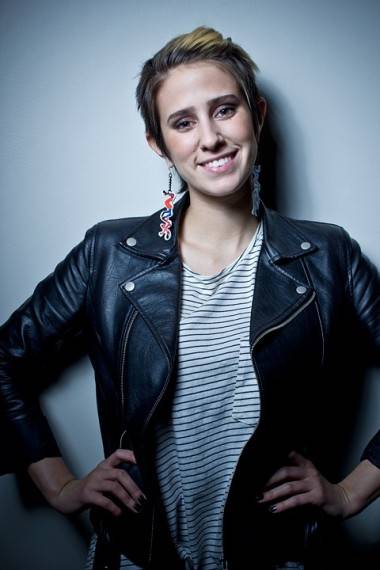 Production teamÂ The Cataracs discovered Dev’s confident and soulful voice through her Myspace page, and eventually handpicked her to provide the backup vocals of the famous club anthem “Like a G6”. The stylish and gorgeous performer took centre stage on her own award-winning tracks like “Bass Down Low” and “In the Dark”. The latter was a favourite on Canadian music charts last year. Who knows what heights she’ll reach when she releases a full-length album? 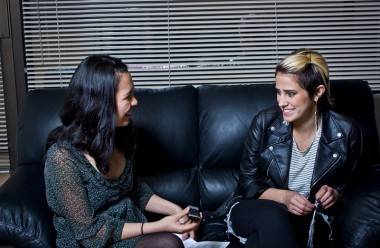 Dev:Â One of them is a complete sports head, so he knows everything and anything when it comes to that. So it’s great.

Dev:Â Oh yeah, I have like ten unfinished tracks that have not been released yet that are on my computer, waiting to be finished and are really pretty pieces of work. One of the ballads, I sing on the Usher show.

Dev:Â Um, it was, I mean, I had been a fan of The Cataracs already throughout high school and stuff. We’re all from Northern California. So I think it was the spring of 2008 that they found me. And I was so flattered, just because they had the songs that everyone listened to at parties. And then it was even cooler when I actually got to get to go and meet them because they happened to be just as cool as their music.

Dev:Â Not really. I was a swimmer for 14 years. That was like my thing, you know? And I’d never even really sang in front of anybody except for my parents and my sister, but they’d have to, like, pay me, or sort of bribe me. But yeah, so when I threw the songs up on Myspace and The Cataracs found it, I was definitely surprised. Being an artist, being a musician, is always something that I wanted to do, but I was never gonna force it upon myself. I just knew that if something came along, I would just have to go all balls-out. And that’s kind of what happened.

Dev:Â Yeah, I was on the US travelling team. So a registered athlete, and I got to travel all over. And I swam for, like, a million hours a day and worked out for a million more hours a day. That was like, my life, you know? I was counting carbs since I was like 10 [laughs].

Dev:Â Yeah! Thank God I did that for 14 years because this is no joke. What I’m doing right now is no joke. It’s equivalent if not harder, seriously. So thank God I did that because I can’t really complain now if I have to wake up at five to catch a flight because I used to have to wake up at five and get into freezing cold water. So yeah, it’s definitely helped me out, for sure.

Dev:Â I don’t know if I could ever, I mean, I would love to swim again. I think I will.

Dev:Â Yeah, we’ll see. I want to do everything though. I want to write books, and swim, and play every instrument, I’m just a weirdo. And a 10-year-old [laughs]. Every day I want to change my career.

Dev:Â Not yet. I’m still working on myself. I still have plenty of soul searching. I’m still trying to figure out what exactly I want to write and say and do and wear. So maybe one day. I would like to give someone else the opportunity to chase their dreams, and express themselves and send a message out.

Dev:Â Akon and Usher are legends. It’s actually crazy when I hear them play their sets because it’s just hit after hit, you know? But yeah, I was definitely that like 14- or 13-year-old girl that would see Usher’s “Confessions” and my heart would melt. My heart still melts. He like walks by and says “Hey Dev” and I’m like “Oh my God!”. But yeah, it’s amazing.

Dev:Â Usher actually took me and The Cataracs into his dressing room and really sat down with us and spoke to us a lot about how he supported us and gave us some advice. It was absolutely amazing, because, like you said, he’s just been around and done his thing and he’s super successful. So that was really cool. And he really helped us out a lot. And just the fact that I got to hear someone like Usher tell me that he thought we were cool was amazing. But yeah he’s definitely helped us out. And Akon has been super sweet and he can’t wait to get into the studio with The Cataracs. He keeps like talking about it all the time which I think is so cool for us to hear. So yeah, it’s weird, it’s so weird and really cool.

Dev:Â I don’t know. I like a little bit of everything when it comes to artists. Like some days I want to collaborate with Karen O and Elton John. And the other days I want to make a whole album with Nicki Minaj or something. So it just depends on my mood. As of right now, The Cataracs are like the only people I work on that sort of level of production. I’ve worked with a few other artists. And Timbaland did some production on the album and stuff, but as of right now, I think I kind of like just being with The Cataracs. Yeah, those are my boys! [laughs] 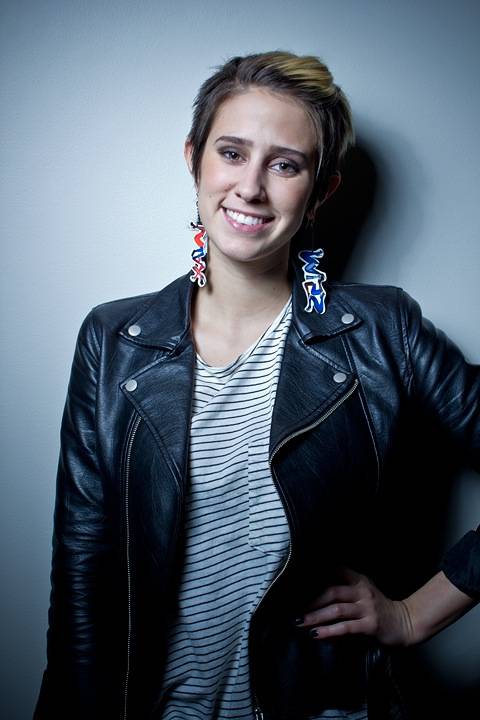