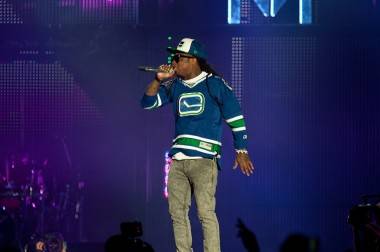 As the last night of the I Am Music II tour, Porcelain, Travis Barker, Mixmaster Mike, Rick Ross, Nicki Minaj and Lil Wayne wowed Vancouver with a theatrical show at Rogers Arena.

In the rap business since the ripe old age of nine, Lil Wayne is now enjoying grand success after a few career highs and lows. He is also enjoying the support of the elite Young Money crew, a collective that boasts talented rappers like Drake, Lil Twist and touring partner Minaj.

The show began just after 6 p.m. with a set by blink-182 drummer Barker and DJ/producer Mixmaster Mike, followed by beard-y American rapper Rick Ross. Lil Wayne a.k.a Dwayne Carter, aka Weezy because of his strange-sounding and now signature voice, came on before Nicki Minaj in what was a split set.

He and his crew had been shopping at Dipt earlier that day in prep for the performance and their outfits – Wayne in a Canucks sweater and cap, his DJ a classic Van City RUN DMC-style tee – certainly got the crowd on their side. Not that he needed it – Lil Wayne’s charms got a crowd of 20,000 shouting the N word at his request and a number of girls flashing him on camera. It was that sort of a show; debauched and crazy but it was also the most fun I’ve had in ages. 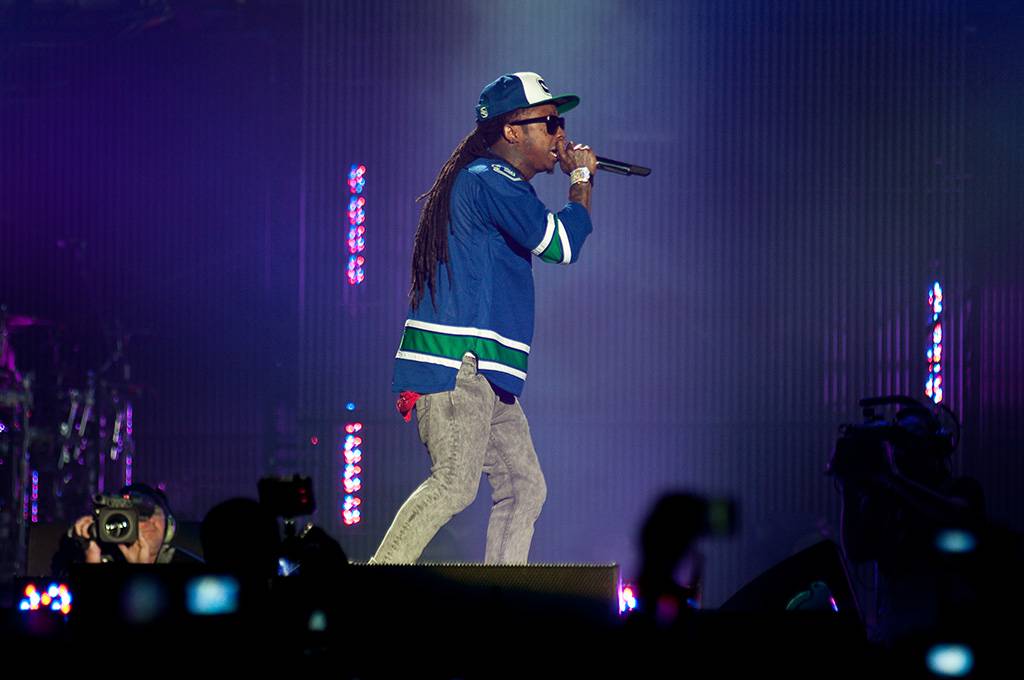 After Lil Wayne’s first performance, a hooded figure crept out into the centre of the stage and threw glitter into the crowd. Then, suddenly Nicki Minaj rose from a trap door in the stage to reveal a skin-tight neon colored leotard beneath a white plastic corset nipping in her waist and accentuating her famous derriere,Â and to top it off, a Marge Simpson-style tall pink and blonde wig. 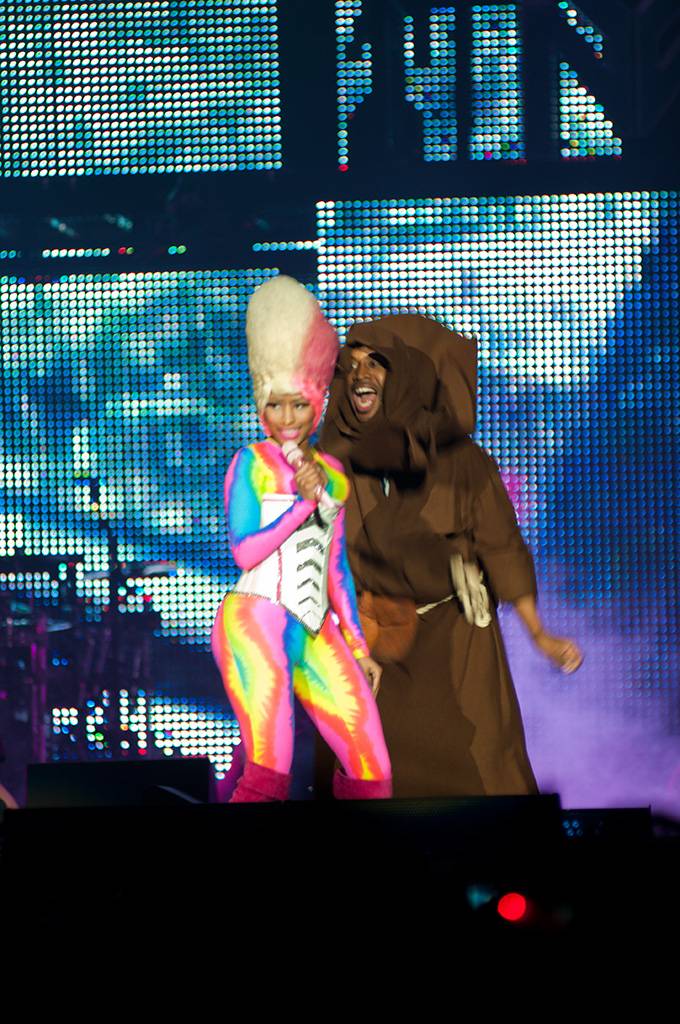 Minaj sets a new standard for female rappers everywhere. Her unique style, which is is intentionally less sexual than most females in the hip-hop industry, along with songs that inspire strong female identity, have helped lead to her success. All of her dancers and her DJ were female and, as in a Broadway musical, they acted out different scenarios in extravagant outfits.

Lil Wayne’s second performance saw some interludes, with the large screens playing scenes from Gladiator, a film heavily referenced in the hip-hop community. Strangely, Enya samples played over top. At one point, the headliner brought out a guitar and played a song from his rock album Rebirth, an album that was received quite negatively.

He only played one note though, which left me thinking that he’s best doing what he knows. And when this is done well, like his last song and new single “6 Foot 7 Foot” featuring Cory Gunz who joined him onstage, he blows the roof off.

One response to “Lil Wayne at Rogers Arena”