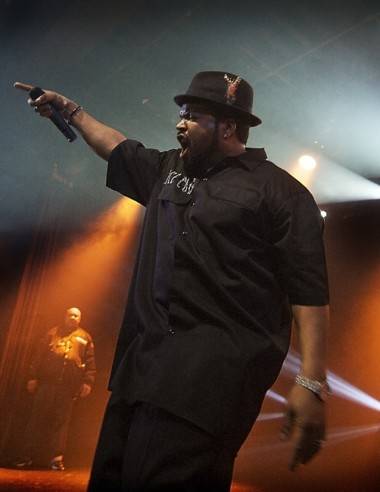 Every genre has its signature audience participation move. For gangsta rap, it’s the one-handed arm bounce. Legions of Ice Cube fans gathered at the Commodore Ballroom in Vancouver last night to bounce to the beat, and the party was bumpin’.

It was hard to tell who exactly showed up. The sparse spotlights showered only enough light over the dimly lit venue to illuminate the puffs of West Coast cheer wafting up from the crowd.

During the opening DJ set, the audience cheered for their favourite Snoop Dogg and Dr. Dre tracks as if the artists themselves were on stage. Perhaps I’m missing the point, but I thought you were supposed to dance during a DJ set, not watch the DJ? 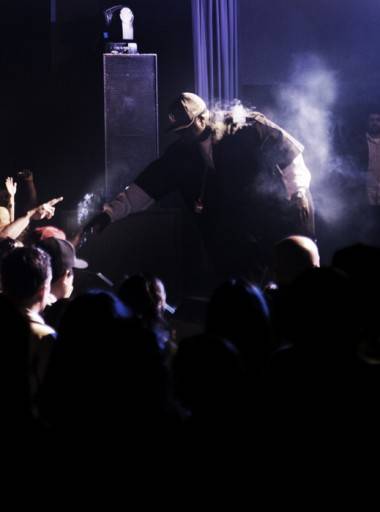 As Ice Cube prepared to grace the stage, DJ Crazy Toones called to the crowd, “Vancouver, are y’all ready to keep it gangsta?”

A hundred Blackberries went up to record the main draw’s entrance.

Much like how his early career was bolstered by a East Coast/West Coast rap rivalry, Ice Cube and his partner MC WC built energy in the room by pitting each side of the crowd against the other. The two rappers split the audience into teams and had them yell, “Party over here, fuck you over there!” at each other.

No matter what tricks Ice Cube pulled, however, it was obvious the crowd was more excited to listen to classics like “Check Yo Self” and tracks from the N.W.A. days than to hear what he has been up to on his latest release, I Am the West, a tribute to Cube’s L.A. roots. 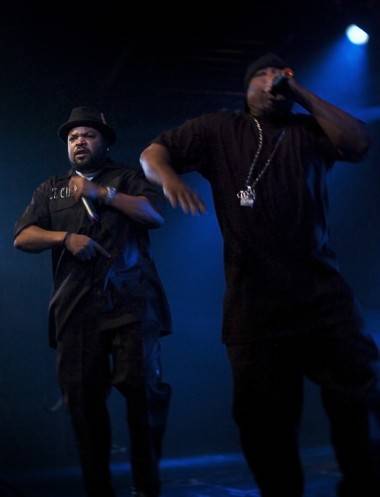 It seemed as though he was counting on winning the Vancouver audience over with the West Coast connection. However, the analogy fell flat when Mr. Gangsta had the crowd make “W”s with their hands (picture a reverse Star Trek salute) and pledge allegiance to Vancouver’s “West Side.” What, like Kitsilano?” Gangsta bling, coming to a Lululemon store near you.

Still, Ice Cube did not disappoint. His beats, though repetitive, kept the bodies bouncing, and he works the stage like the seasoned entertainer he is. It’s a good thing he has a career as a big-time Hollywood movie star, though, cause this middle-aged family man is barely holding on to the last shreds of his hip hop cred. Still, he’s got no plans to step down as king of the gangstas.

“I will never retire,” Ice Cube affirmed. “I started this gansta shit, and I plan on finishing this gangsta shit.” 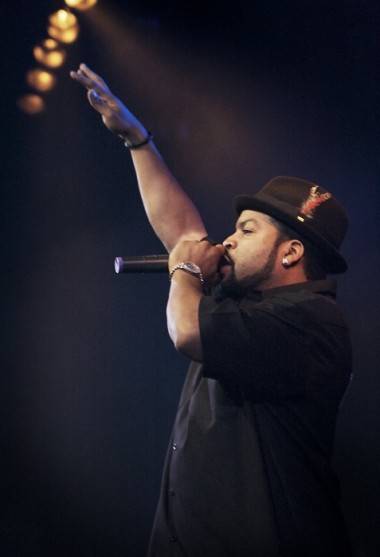