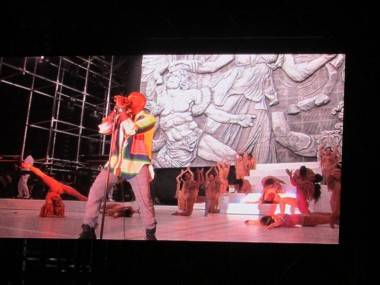 The National and Kanye West put on great shows; The Strokes disappoint

– by Terris Schneider/photos by Krystle Sivorot
Highlights of the day included The National, Ratatat, and Kanye West. The National does not get enough credit for their live show. Everyone I’ve talked to said The National’s past festival shows have been boring but I’ve seen them a few times and they’ve always been fantastic. They played another great set at Coachella which suited the nighttime atmosphere.
Ratatat was a mellow dance show. My cousin [Krystle Sivorot] said “I hope they start with ‘Loud Pipes'” and that was the song they started with and we freaked out.
Kanye West was a great way to end the festival. The theatrics were incredible – he had some unique, contemporary ballet dancers, and he came out on stage on a moving platform above the crowd. His performance was energetic and the crowd seemed to enjoy it. 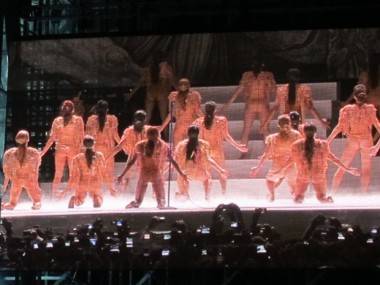 The Strokes were a disappointment. They messed up a few of their songs because Julian was obviously blotto. I talked to some fans and they were really upset about it. 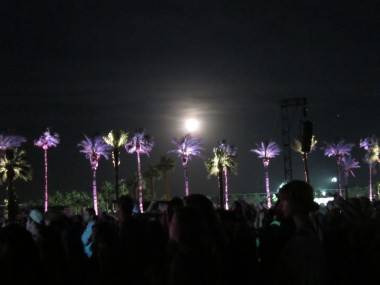