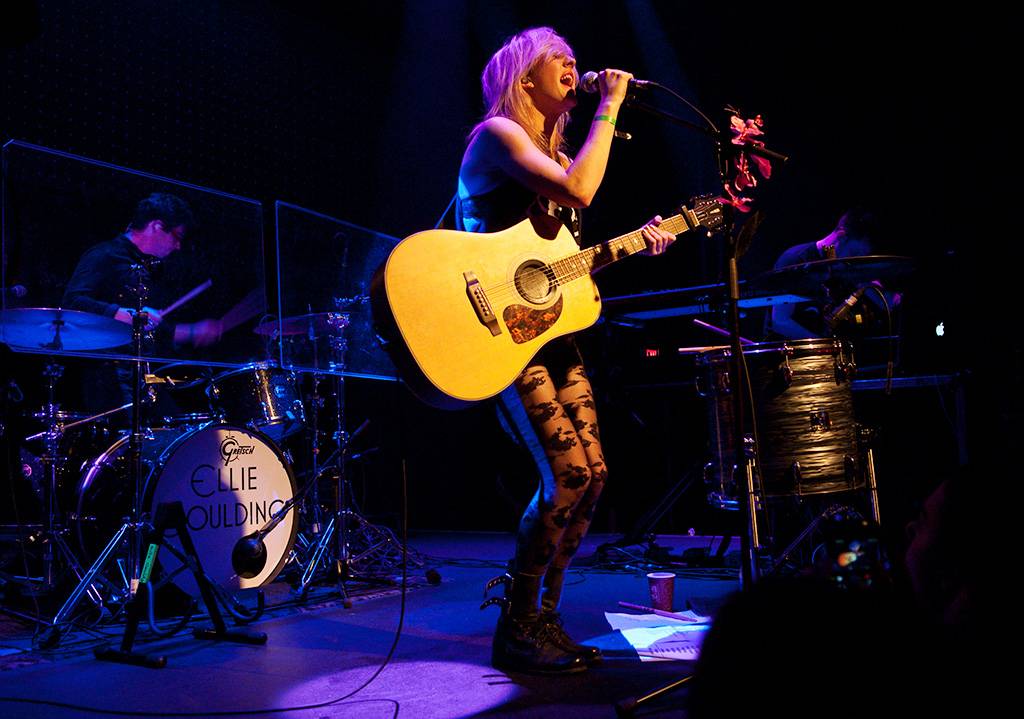 Ellie Goulding, Britain’s golden child, is poised to be the next femtronica superstar. Not quite as edgy as La Roux, not quite as raunchy as Jessie J, she is somewhere in the acoustic guitar-toting between.

More folktronica than anything else, Goulding introduced the next happening genre even before her album Lights hit the record stores. Early digital releases of songs like “Under the Sheets” and “Wish I Stayed” also helped win her the BBC Sound of 2010 award as well as the Critic’s Choice Award at the 2010 Brit Awards. Yet for all the hype surrounding the release of Lights in March of last year, the result did not live up to the awards, the glitter, or the promised synth dreams. 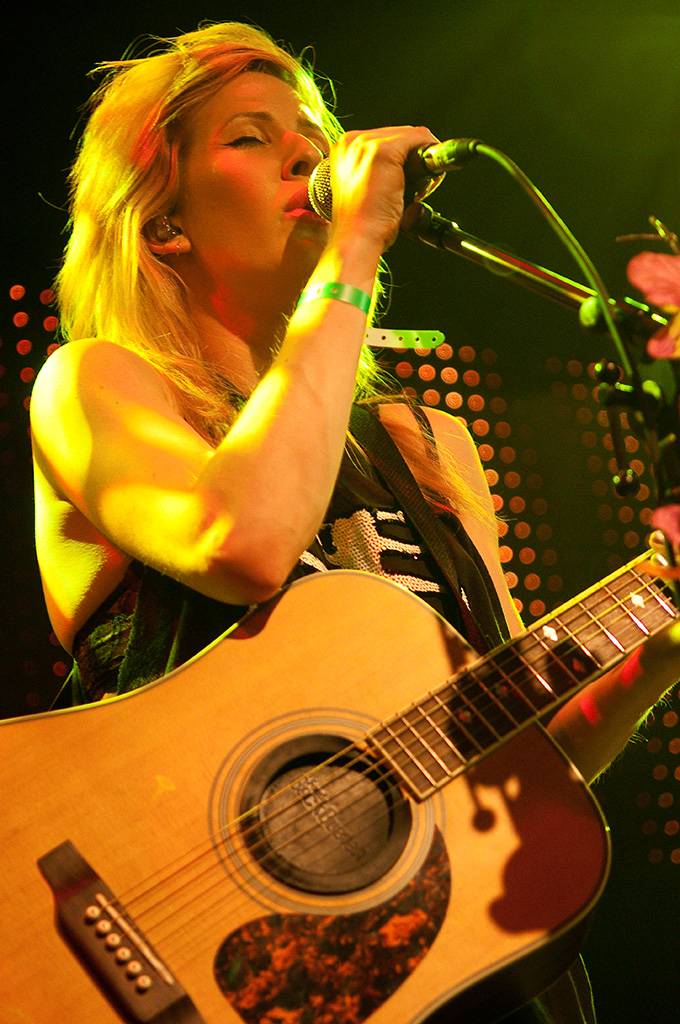 Play a packed house at Vancouver’s Venue, the combat-booted Goulding kicked things off with “Under the Sheets”, one of her stronger tracks. Confident though her voice and stage person were, the lack of spontaneous arrangements made it the equivalent of the DJ booth blasting her album. Scrapping the drums and synth, the singer transitioned into some acoustic numbers with only her keyboardist, her guitar, and her impish voice.

“I Wish I Stayed” marked the show’s midway departure from the uninspired electronica. Written in her bedroom in suburbia “before she even knew what London was”, it showed a more wistful side of Goulding, who closed her eyes and seemed to nod off into her own world. She followed the dreamy number with her rendition of Elton John’s “Your Song”, her highest charting single to date -Â  presumably for the sheer sentiment, carried through by the soft yearning in her vocals. 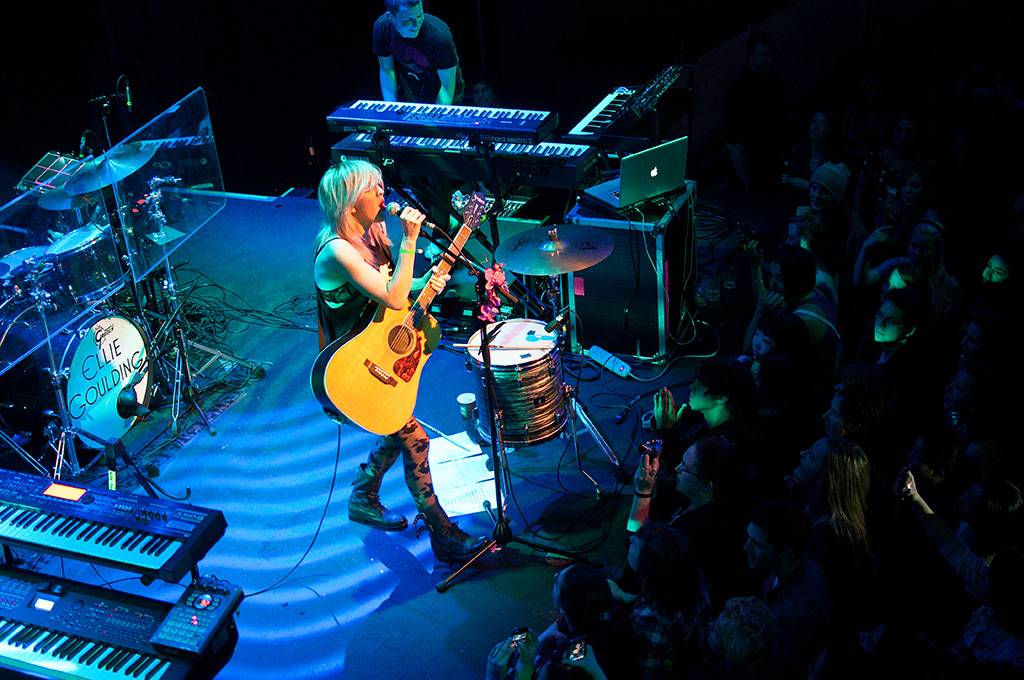 This softer part in the show revealed Goulding’s voice, free of poorly produced samples. However, the trite electronica surely had to make a comeback. This came in the form of “Salt Skin”, which features a sample from Kanye West’s “Power” – an idea that looks better on paper that it sounded tonight. One of her more danceable tracks, “Starry Eyed”, ended the evening with catchy, if predictable, 4/4 beats and synth.

Like the album, Goulding’s concert was a mixed bag. Goulding may be destined for greatness yet, but for now she needs to find herself a new producer and take more risks. Treading between opposite sides of the mildly interesting indie spectrum (folk and electronica) may be the safe bet, but I suspect she’s better than that. 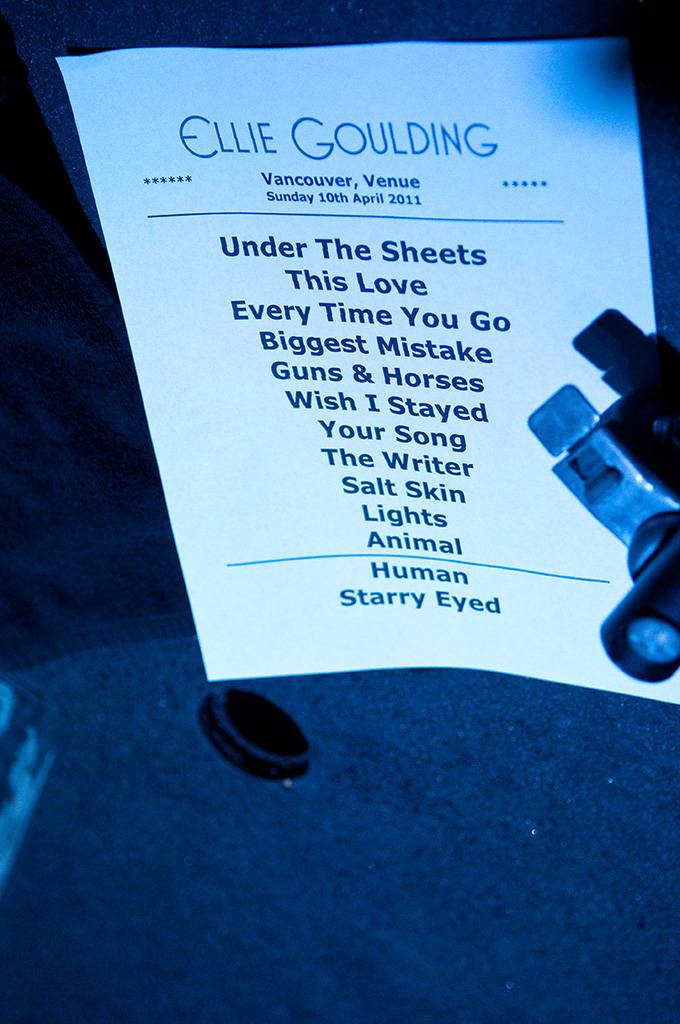