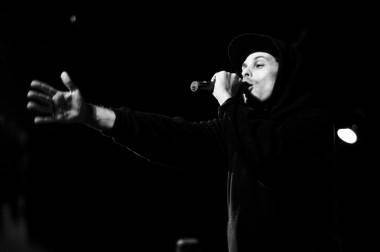 Dilated Peoples performed for a small but dedicated crowd of hip-hop heads at the Commodore Ballroom in Vancouver on Friday night.

The underground hip-hop legends, consisting of emcee/producer Evidence, emcee Rakaa Iriscience and DJ/turntablist DJ Babu (of renowned DJ crew Beat Junkies) have been a fixture of the conscious hip-hop movement since the late ’90s, with underground hits “No Retreat”, “Worst Comes to Worst” and “Work the Angles”. They’ve also experienced some mainstream success including a Kanye West collaboration titled “This Way” and features in EA sports video games Need for Speed: Underground and Fight Night: Round 3.

Their last major label release in 2006 wrapped up a four-album deal with Capitol Records, and not much has been heard from them as a group since. On stage Friday, Evidence acknowledged Dilated’s relative absence from the scene but expressed love and respect for their loyal fans, as well as dropping hints they would be returning following a new release sometime in the near future. The two emcees of Dilated have been busy releasing solo projects and Evidence announced his signing to Minneapolis-based label Rhymesayers in 2009. His much-awaited solo album Cats & Dogs is due out in 2011. 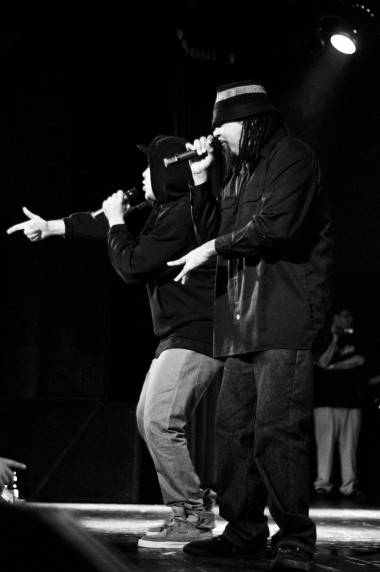 The group has always been big supporters of independent local hip-hip, and continued this tradition by having East Van rapper CityReal open the show, as well as special guest emcee Madchild of Swollen Members join them for a couple songs. Rakaa incited the crowd, asking “Who loves Vancouver hip-hop?” and letting them know they need to support their local scenes, which seems especially a propos in Vancouver, whose own fledgling hip hop scene has definitely stagnated in the last few years.

Some highlights of the night included live tracks from Rakaa Iriscience’s solo project Crown of Thorns, which were impressive both in their production and performance. Evidence threw down some of his solo efforts to rave reviews and DJ Babu showcased his own formidable scratching and beat-juggling skills during a short scratch DJ set. Although the turnout was less than ideal, those that did attend were treated to a show featuring conscious lyrics, high-level production and three performers who really know how to work a crowd while promoting independent music as both community and lifestyle choice. 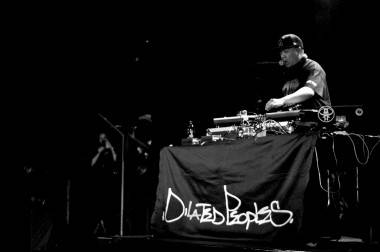