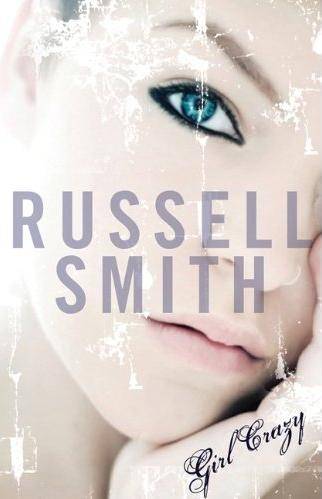 Girl Crazy, Russell Smith‘s new novel, is a fast, spicy read about an older guy (32) who falls for a younger woman (20). She’s a bit of an alternative chick, with tattoos and dreadlocks and a short attention span, while he’s a slacker teacher. How Justin’s experience with Jenna changes his life, for better or worse – it’s up to the reader to decide – is one of the themes of the book, which takes place during a long hot Toronto summer of stolen drugs, underground poker, and hot sex.

Born in South Africa and raised in Halifax, Smith moved to Toronto in the late ’80s. He published his first novel, How Insensitive, in 1994, and has authored seven more books since then, including the guide Men’s Style: The Thing Man’s Guide to Dress (2005). Smith is a style and culture columnist with the Globe & Mail, and he is currently writing a screenplay for Girl Crazy for New Real Films.

I talked to Smith at a Yaletown coffee shop when he was in Vancouver to read from Girl Crazy. 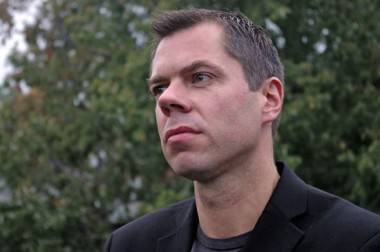 Shawn Conner: When did you start writing Girl Crazy?

SC: What was the basic impetus, was it the boy-girl romance, a hot Toronto summer?

RS: A hot Toronto summer more than anything. But it was inspired by a real event that happened to me on the street. The book opens with Justin meeting Jenna at the pay phone, and that happened to me. I was at Christie Pitts and it was a sweltering day and there was a crying girl on the phone who looked pale and she was getting sunburned and was waiting for an ambulance. And she said, “I’m hemorrhaging.” I sat her down in the shade and got her some water and waited until the ambulance came, I put her in and I left. That was the end of that story. I always wondered what would have happened had I got in [to the ambulance], and our lives had become enmeshed. She wasn’t as sexy as Jenna – I made Jenna a lot more sexy.

SC: Why did you choose a 32-year-old/20-year-old relationship?

RS: Well, I’ve always been interested in younger people. Thirty-two’s about as old as I get, aside from Muriela Pent, my last novel, where there were a couple of middle-aged characters – that was quite a stretch for me. I’m still catching up with describing things I went through in my own development, so I’m always ten years behind what I want to re-analyze in my own life. And I think at that age in men, the early 30s right now, is a very troubled and problematic one because – I don’t know why; I don’t know why at all.

What people traditionally think of as adolescent activities are lasting longer and longer in life. When I was in my thirties I was still sharing an apartment with roommates and doing a lot of drugs and going out several nights a week, and living what looked like a student life. I think it’s just a reflection of a creative class, the creative class’s interest in being satisfied rather than having a lucrative career. It leads to delaying big decisions. No one wants to be tied down, no one wants to lead a boring life.

I don’t think that’s immature at all. But it leads to this image of the slacker, and that’s what Justin is. He really is not ambitious. That’s why his last relationship died. She found he wasn’t ambitious enough. She thinks he’s got to get out of that grotty little apartment and make something of his life, and he doesn’t know what that would be. Certainly he doesn’t want to end up like the exhausted gray-faced peers he meets in one of the party scenes in the book. That’s why I thought that age was slightly interesting.

SC: The novel touches on class.

RS: I think the book is really about class and sex, particularly the relationship between those two things. It’s a touch subject in Canada. No one likes to admit there’s such a thing as social class in Canada. It’s troubling to people. And certainly I think someone like Jenna wouldn’t be aware of what social class she’s in. It’s only the privileged who are.

I wanted to point out the inadequacies and failings of Justin’s own class, my own class. I grew up with lots of sexual liberation and this strange… movement of people I knew who studied intellectual things in university, particularly English, philosophy, history, politics. So many of them ended up in this soul-killing field of public relations. Because public relations people need people who can write, and are creative.

And there are fewer and fewer creative jobs for people with that kind of training. And it lead I think in my own world to a terrible materialism among peers who should have been interested in deeper things. This discussion of food, which I make fun of in the book, it’s an obsession that struck me when I came from Halifax to Toronto, this pointless obsession with the most luxurious and expensive food. As if this is the best thing we can think of to do with our minds.

SC: It’s a very provocative book, in a few ways.

RS: It’s a provocative book, and a deliberately provocative book, and I knew that people would either love it or hate it. There’s some shocking things in it. I was always nervous while writing how women would react. Women are the bulk of my readership. It’s inside the brain of a guy who’s obsessed with women’s bodies and sees primarily their bodies before he sees anything else about them. I think this is typical of men, sadly, or not sadly at all – that’s the way it is. But we don’t tell this to women, we don’t talk about how much we’re looking at the curves of their body out of the corner of our eye all the time. And so I was afraid they would be quite shocked by it.

The sex is quite graphic and adventurous. And it’s really an immoral book. It’s an anti-moral book. What Justin learns about himself, and how to control his life, is not through being a better person. He’s a worse person. He learns to be a tough guy, and a callous guy. And women are suddenly interested in him. There’s no moral redemption. And so I knew it would upset some people. I was quite surprised to find the vast bulk of the reviews were very positive. Then of course there were a couple that were hysterically negative.

SC: Where were those?

RS: National Post. Which again is predictable… I’m a Globe & Mail writer, they generally tend not to like my work. That review was written by a Catholic conservative so I think his objection was primarily a moral shock. And I think there was a bad one in the Ottawa Citizen, but I think that’s about it.