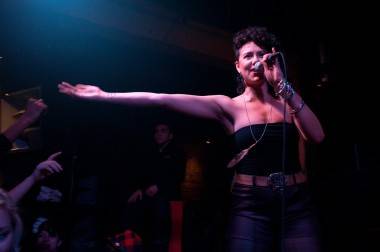 While a modest number of attendees at Fortune Sound Club on Saturday, March 12 seemed “in the know”, club-goers caught unaware were treated to an impressive performance by the incomparable Miss Erica Dee, who performed tracks from her newest mixtape Golden.

With much love flowing to and from the stage, the soulful songstress from Nelson, B.C. rocked out to bass-heavy remixes of “On and On” by Eryka Badu, “Try” by Jill Scott, and “Constant Surprises” by Little Dragon, as well as a healthy dose of originals penned by Dee and co-produced by DJ Kemo of the Rascals. Accompanied by vocal minx Evy Jane and Ricco behind the decks, Dee dropped her signature mix of hip-hop style MC’ing combined with Motown melodies and jazzy freestyles.

Brief interludes were filled with impromptu acapella jazz standards (like “Honeysuckle Rose”) and showcased some serious vocal talent by both Evy J and Erica Dee. Both young women are trained vocalists who present themselves as serious musicians, having spent the necessary time to hone both their craft and stage personas. Evy made the perfect accomplice, being both pitch-perfect in her harmony and understated in her presence on stage. She graciously supported Dee, who made sure every butt in the house was moving and maximum fun was being achieved. 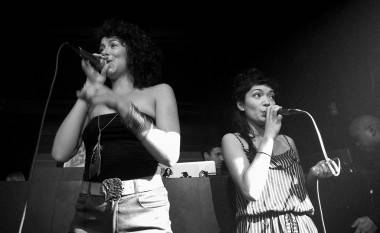 Highlights of the evening included the hot disco throwback “Let It All Go”, sneak-peeks of a couple new tracks, a dozen odd girls sharing the stage for one song (and the one guy who was quickly yanked back onto the floor) and Dee and Evy “trading fours” in an all-out scat session to close the night. Whoever began the evening not knowing Erica Dee definitely left the club with her name on their lips. 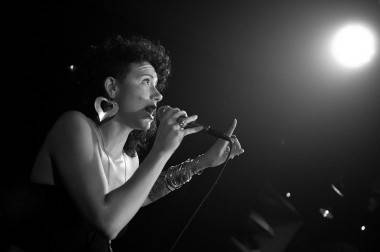 The night also marked the launch of Slow DJ’s Ricco + Vinnie’s new mix “oh hi…” You can check it out on Slowdjs.com or just ask him. He was nice enough to give us one. Thanks Ricco! 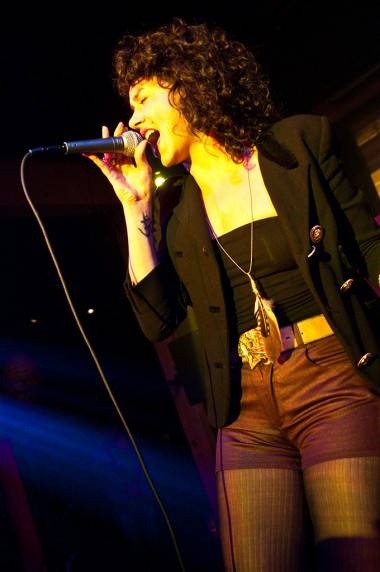