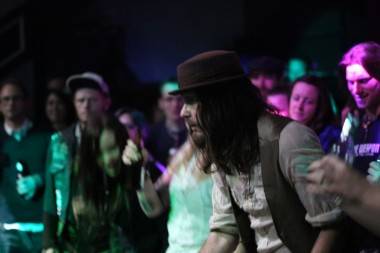 Writes Skot, “The Silent Comedy has been playing sold out shows across the States and they played their first ever Canadian show opening for Ryan Bingham and the Dead Horses at Vancouver’s Venue. With no less than 12 guitars on stage the band played a brand of southern roots rock that’s harder than you’re probably imaging and at least as entertaining as anything else you’ve seen live.”