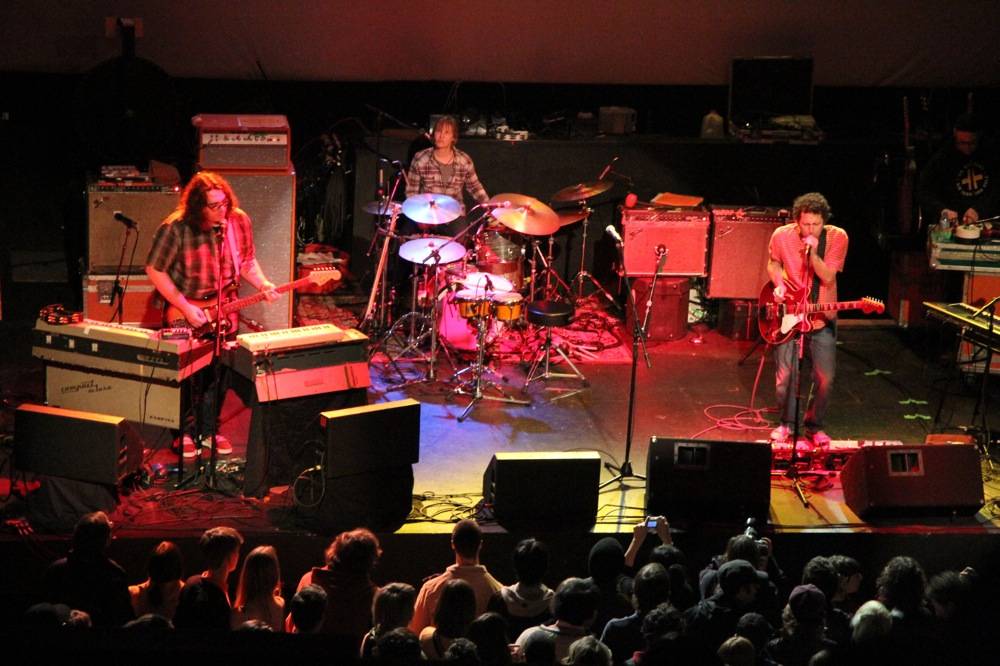 It must have seemed like a good idea. On its latest tour, Yo La Tengo has found a unique way to open their own show – someone from the audience spins a roulette wheel, determining which kind of opening set the band would play before coming out and doing a regular set of its melodic, inspired indie-rock “hits”.

Still, if you didn’t know this is what the band was doing, it was quite odd to walk into the Rickshaw and see band members nonchalantly standing around onstage with a roulette wheel.

Unfortunately, at least for this attendee, the wheel (by an eager female audience member who walked away with a tour T-shirt for her efforts) landed on “Sounds of Science” – the title of an instrumental soundtrack project. For the next 30 minutes or so, we were treated to Yo La Tengo’s ambient side. Some no doubt found the abstract, floaty instrumentals to be soothing and or inspiring, but on this particular Saturday night it just put me to sleep – and made me not want to be at a full-to-capacity concrete bunker.

Even when the band broke its own rules to come out immediately after the Science set to blast through a couple of songs by their punk rock alter ego the Condo Fucks, it still wasn’t enough for me to want to wait around and see what would come next.

I admit it; this was one of those nights where I shouldn’t have left the comfort of my couch at all. Those who stayed (which was everyone else) said it was a wonderful show, and of that I have no doubt; I’ve seen some pretty great YLT shows myself. Alas, tonight, I just couldn’t make it through.

One response to “Yo La Tengo at the Rickshaw Theatre”