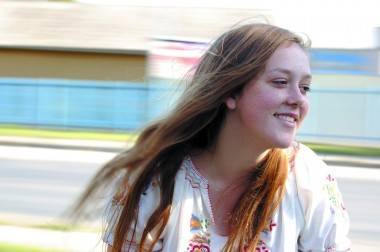 Ingrid Veninger’s Modra made me feel old. Or to put a slightly more positive spin on it, the film manages to capture what it is like being young so well that you can almost feel your adolescent acne resurfacing on your skin while you watch it.

Modra is the first time Canadian writer/director Veninger has directed a feature film on her own, having previously co-directed Everything is Love and Fear and Only, which were both well-received by critics. It is clear with Modra that Veninger is a talented film-maker from a visual stand-point – she films her actors in a realistic and intimate way, often zooming in on their “flaws,” but she does so with great sympathy and appreciation for their humanity.

Many of the Slovakian supporting cast are members of Veninger’s extended family, versus professional actors, which makes Hollywood close-ups impossible. This is not a mark against the film by any means – it is refreshing to see real faces up on-screen, versus Hollywood-ized perfection. 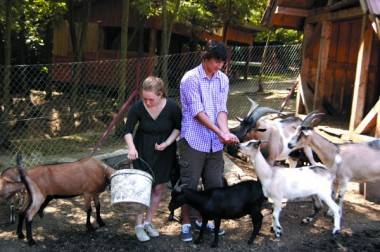 The main characters, 17-year-old Lina (Hallie Switzer, who is Veninger’s daughter) and her school friend/last minute traveling companion Leco (Alexander Gammal), get the same visual treatment as the supporting cast.

Again, this proves to be one of the film’s strengths. When Leco and Lina have a frank discussion about what they each dislike about their own appearance, you can literally see what they are talking about, because you have been staring at Leco’s iffy skin and Lina’s slightly-chubby frame for 45 minutes at that point. This visual realism is important to a film that aims to evoke what it really feels like to be young and far away from home for the summer (in this case, visiting Lina’s relatives in the rural Slovakian town of Modra).

Modra is not your typical teenagers-in-love story. Lina and Leco’s conversations are even more awkward than you’d expect from a couple of seventeen-year-olds who hardly know each other. They eventually do a little bit of making-out, and when they do, you can feel the heat between them radiating out from the screen.

However, this heat exists only because they are young, not because they are each other’s True Love. Still, that kind of youth-fuelled attraction, even with all of its attendant frustration and confusion, is something that is life-changing in its own way.

To their credit, Lina and Leco realize this on some level – Leco says at one point that his experience in Modra is something he will “remember for the rest of his life.” When he makes that statement, the (presumably mostly adult) audience knows he is 100% correct, because it is true that the things that happen to you when you are 17 stay with you for a long, long time.

It is very easy to fall into clichÃ©s when dealing with this kind of subject matter, but Veninger avoids that trap by consistently focusing on what is real. Modra is not filmed documentary-style, but you do find yourself drawn into the film’s world in a way that is quite remarkable – it is indeed easy to forget that what you are watching is not really real. That fact alone makes the film worth seeing. 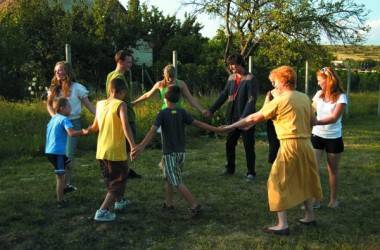 One response to “Modra”