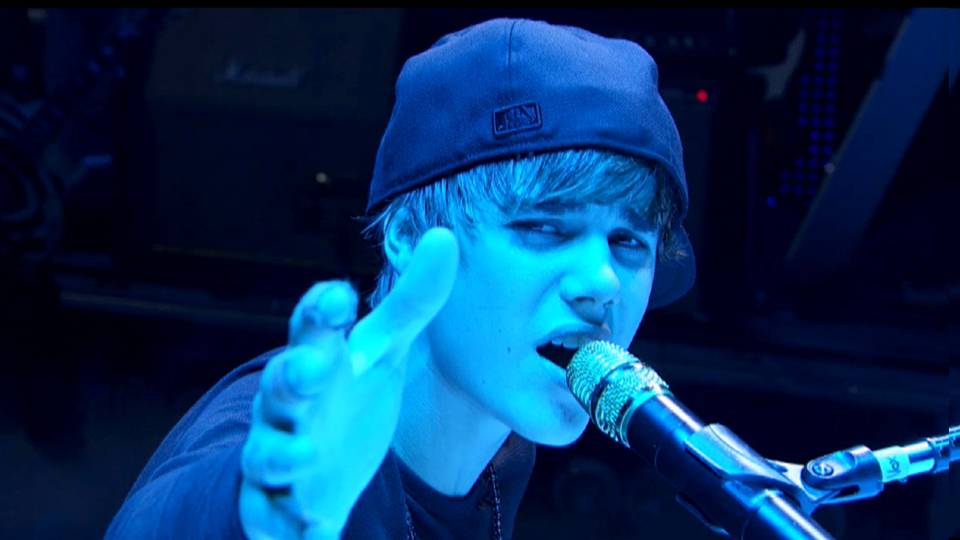 Justin Bieber: Never Say Never opens today. It would be easy (and fun) to dismiss the “biopic” as a cynical marketing gimmick to rake in millions by showcasing the teen pop idol of the moment. So that’s exactly what we’re going to do – dismiss it, with a tongue-in-cheek list.

9. There is home footage of the Beeb playing hockey. Canada, this is your legacy.

8. It’s in 3D. And 3D = cinematic magic – look at Green Hornet, Prince of Persia, and The Last Airbender.

7. What does an audience of thousands of deranged teenage girls sound/look like? Find out in Justin Bieber: Never Say Never‘s concert footage. According to New York Times reviewer Mike Hale, “Occasionally you see a fan whose senses are particularly deranged by her love for Mr. Bieber, and you hope that his security team has her picture on file.”

6. Usher’s in it. Dude performs the same service for young Bieber that he did for Black Eyed Peas during their Super Bowl half-time performance – he steals the show.

4. Miley Cyrus makes an appearance, bringing the combined age on stage to 32.

3. The movie features Justin Bieber buried alive in a coffin with only a cellphone and a snake for company – whoops, that’s Buried with Ryan Reynolds. But isn’t Justin Bieber: Buried Alive a great idea for a sequel?

2. It is “creepy.” Again, from Mike Hale’s NYT review: “In the film’s best and weirdest shot, Mr. Chu zooms in close as Mr. Bieber flings his head back and forth in slow motion, waving his famously floppy hair in a moment that’s both hilarious and creepy, especially when you’re watching in 3-D.”