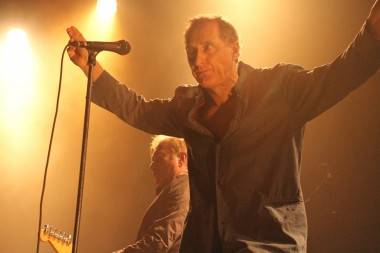 Spanning three decades, Gang of Four‘s set opened with its most recent single and ended with its first, “Damaged Goods”. For this band, though, whose political leanings have always threatened to overshadow its musical subversion, there was no sense of going backwards, or the dance-party being obscured by the message.

Sound problems plagued the band to start; from up near the stage, Jon King‘s vocals were barely audible for the first few songs, and throughout the set Andy Gill‘s guitar lacked the volume that would give its abrasiveness some punch. Instead, it seemed like the sound put the emphasis on the rhythm section, which propelled the bass-heavy white-funk tunes to their jagged conclusions. 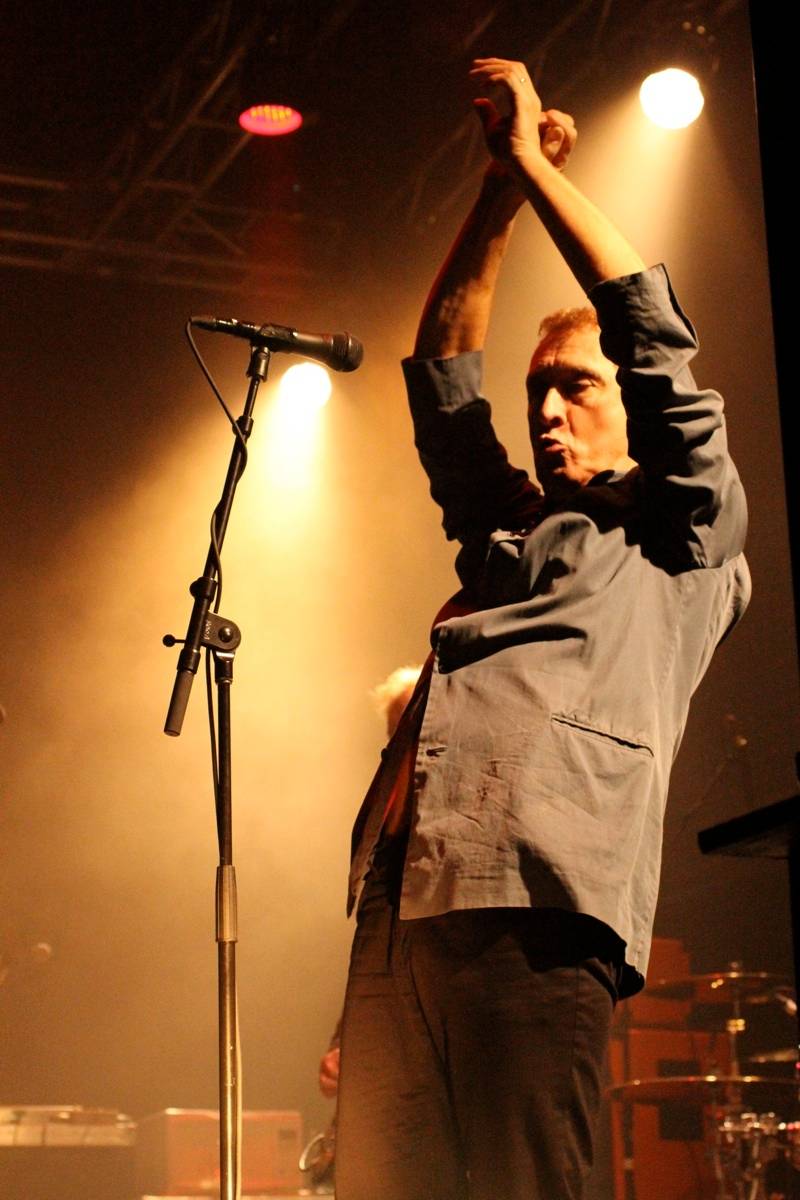 But let’s get to the meat of the thing, shall we; it was a fantastic show. King flailed his gangly middle-aged form in Iggy-like motions while a rock-like Gill stood deadpan, shredding sharp, explicit guitar chords and occasionally wandering over to his amp for a feedback loop or a swig of beer. Pointing fingers at the audience, doing an impromptu somersault and wrapping an arm around bassist Thomas McNiece (who, along with drummer Mark Heaney, comprise the half of the band that was born in the ’80s, not the ’60s), King continuously coaxed the energy level of the already-thrilled-to-be-there audience up a notch.

The set was heavy on tracks from Gang of Four’s classic 1979 debut Entertainment!, along with fan favourites “To Hell With Poverty” and “I Love a Man in a Uniform” (banned by the BBC when England went to war over the Falkland Islands – look it up, teenyboppers). Tracks like “You Don’t Have to Be Mad” and “Do As I Say” from Product, Gang of Four’s first album of new material in 16 years, stood their ground, particularly opener “You Never Paid For the Farm”, which ranks among the band’s best. 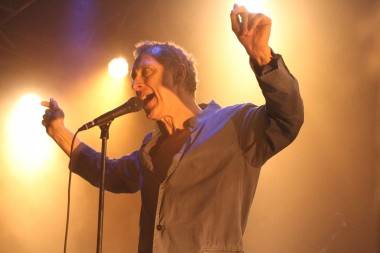 Conspicuous by its absence was “Natural’s Not In It”, which has been used in an Xbox commercial. Whether this was a political decision, or aesthetic, had yet to be determined as of press-time