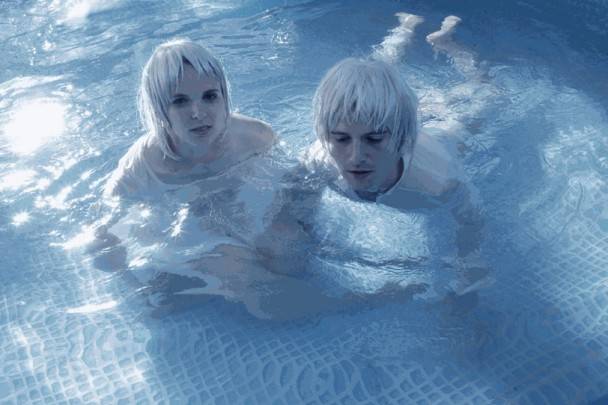 Acrylics have released a new single, “Sparrow Song,” from the forthcoming Lives and Treasure LP. The debut album from the Brooklyn-based duo of Jason Klauber and Molly Shea is set to be released March 1 on Friendly Fire Recordings.

“Sparrow Song” features the vocals of both Shea and her Girl Crisis collaborator, Caroline Polachek of Chairlift. Pitchfork says of the song: “‘Sparrow Song’ is an ingenuous ode to Kate Bush‘s spacey electronic pop.”