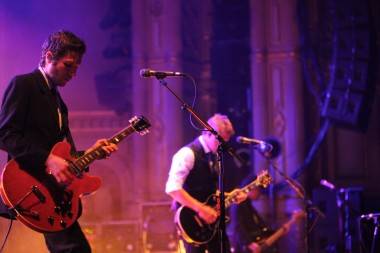 Interpol at the Orpheum Theatre, Jan 27 2010. Photo by Skot Nelson

Review and photos – Interpol at the Orpheum Theatre, Jan 27 2010

I jumped on the Interpol bandwagon much later than most of the diehard fans who showed up to last night’s Orpheum show.

Sure, I’d bop my head to “Barricade”Â  or “Stella Was a Diver” if it was playing at the pub, but that’s as far as my appreciation of the indie-rock paragons went. So while most of the crowd frantically wiped out the merch booth at the venue’s grand entrance, I was rushing to my seat to catch the Brooklyn-based band, School of Seven Bells. 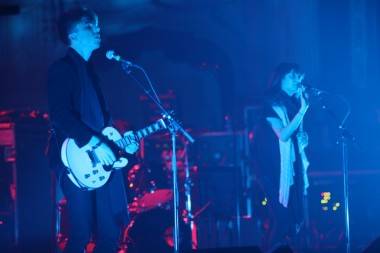 My expectations were set high for the ethereal rock group, which is often praised for their genre-defying compositions. Early in their career, they were handpicked by Blonde Redhead to support them on their 2006 tour, an acknowledgment of their unique brand of dream-pop.

Springing onto the stage with their bohemian scarves draped around tight, black outfits (the uniform worn by most of the audience as well; I felt downright disrespectful in pastels), their ’80s look matched the New Wave-inspired tunes that made up most of their 30-minute set.

Lead singer Alejandra Deheza‘s asymmetrical bob bounced with every jerky and theatrical hand gesture she made during tracks like “My Cabal” and “Dust Devil”. I appreciated the digitalized South Asian sound of “Joviann”, but apart from this stand-out song, their performance was rather redundant and ultimately, disappointing.

Even guitarist Benjamin Curtis‘ endless swaying and shuffling couldn’t change the lack of dynamism in their music. However, this was the first stop of their North American tour with Interpol; a quick change in their game plan (i.e. more diversified song choices or unexpected arrangements) could show audiences an innovative and fantastical side that was absent from last night’s set. 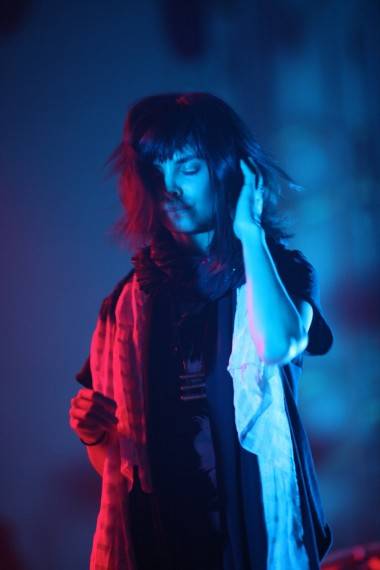 The absolute opposite could be said about Interpol. Styled in perfectly tailored suits and slicked-back hairdos, it was clear from the get-go that front man Paul Banks and company were ready for business. A thundering sound backdrop led into “Success” , a beautifully eerie number (and a spot-on description of their kick-off performance) from their newest self-titled release. Brilliant lighting magnified the haunting vibe of the fresh, adventurous tracks “Lights” and “Summer Well”, also on the latest record. 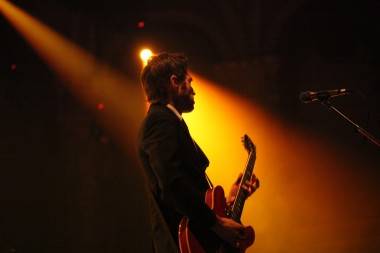 Loyalists had no reason to fear – they were given a healthy dose of Interpol classics like “Say Hello to the Angels” and “C’mere”, both New York garage-punk tracks carried by Daniel Kessler‘s precise guitar strumming. Kessler easily won my admiration with his gung-ho dance moves and laidback presence. Banks and drummer Sam Fogarino were all smiles as well, despite the predominantly heart-wrenching content of their repertoire.

It was a pleasure watching seasoned musicians genuinely excited onstage. Perhaps it was the New Year, or the change in line-up (bassist David Pajo stepped in for Carlos Dengler, while Seven Bells’ Curtis was added on keyboards) but the band sent out a positive energy that filled the entire room.

In return, fans roared to the beginning of every song, treating every one like a personal favourite. By the end of the night, Interpol’s tight layers of instrumentation, masterful song breaks and infectious hooks were enough to turn myself, a fair-weathered fan and sometimes skeptic, into a defender and devotee.

NYC
The New
Slow Hands
Not Even Jail