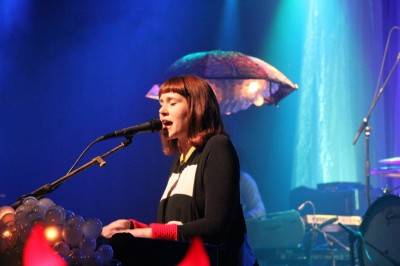 It’s easy to see why people like Kate Nash. Cute but not alarmingly pretty, a bizarre fashion sense, buckets of charm, and the feeling that she gets away with saying whatever’s on her mind about bad boyfriends, her body issues, and all that other Life Channel stuff.

However, she’s just not very… good.

Sure, she’s got a few hooks up her voluminous (see pics) sleeves, and a way of phrasing her lyrics that would be a little more disarming if Lily Allen hadn’t come along and stolen it. But after a nearly 90-minute set last night at the Commodore, the conclusion was inescapable – these songs, from her debut Made of Bricks but especially from her new album My Best Friend is You, are very, very flimsy. (And no, My Best Friend is You is not, as the local weekly farcically put it, “one of the best albums of the year”.) 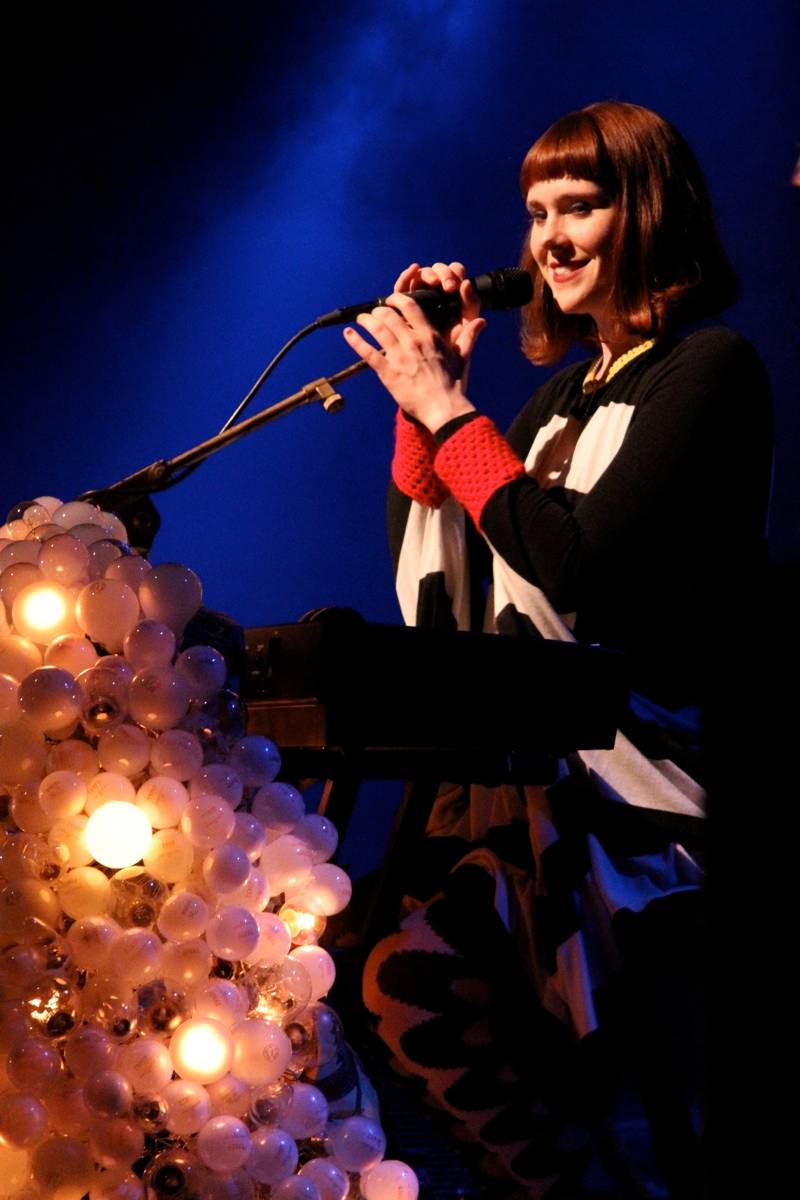 Take, for instance, “I Love You More”. Basically a re-working of Blur‘s “Song # 2”, it’s a one-idea tune (the title, repeated) that devolves into Nash’s version of punk screeching. It was a fine, energy-pumping way to start the show, but when all the songs are as novelty-esque, the result is tedium. “I Hate Seagulls”, which Nash played unaccompanied on guitar, is a list of things she hates, followed by a list of things she likes.

At her best, Nash evokes the English-centricity and whimsy of Ray Davies and the Kinks; even her Cockney accent helps in this regard. And, to be fair, the set had its fair share of enjoyable moments – “Foundations”, the hit off Made of Bricks; “I’ve Got a Secret”, which has a great vocal hook – and any 20-minute slice of the show would have left me wanting more.

But when the best moment in a pop music show is the bass solo (at the end of “Foundations”), something is wrong with the pop.

2 responses to “Kate Nash at the Commodore Ballroom”