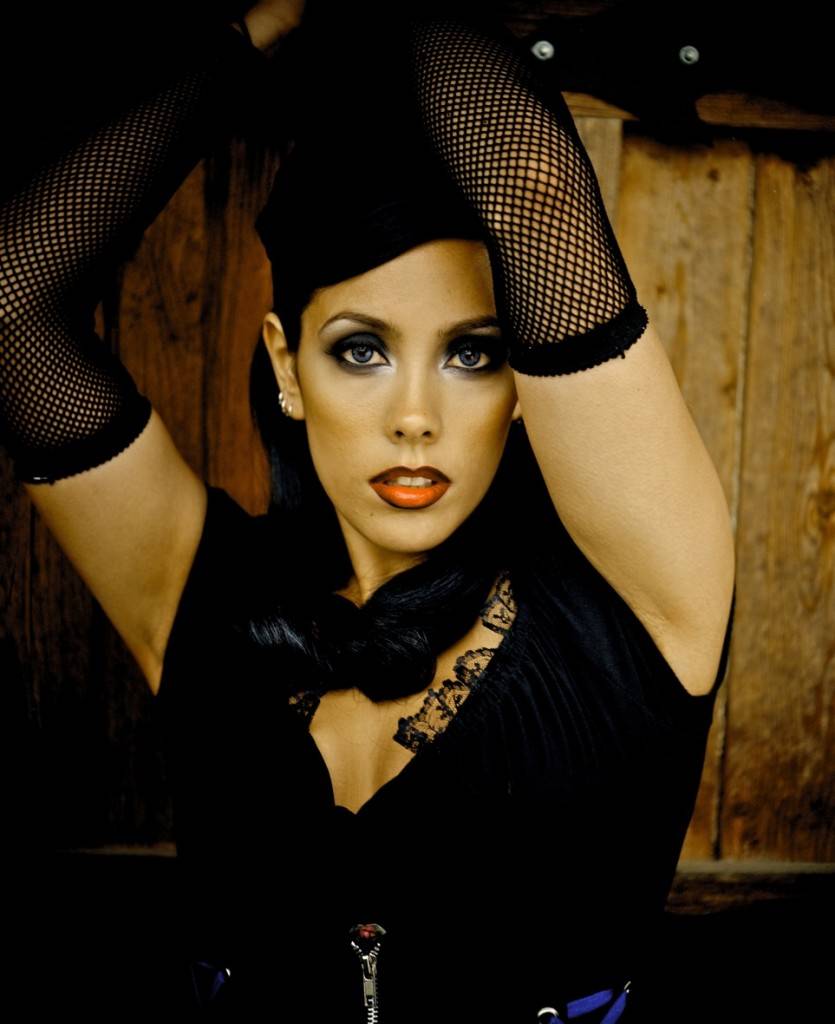 Chrystal Leigh on taking over for Katie B

When you have a reputation like Dave Ogilvie’s, you do what you want. For the Vancouver uber-producer (and founding member of proto-industrial band Skinny Puppy), that meant putting together a female-fronted band that meant dusting his industrial-beat edge with some pop sugar – Jakalope.

Now on its third album, Things That Go Jump in the Night (the first two were It Dreams and Born 4), Jakalope is entering its second life. Chrystal Leigh is taking up where original Katie B. left off, contributing lyrics and melodies to Ogilvie’s backing tracks. On Things That Go Jump in the Night there are dark songs, pretty songs, and songs that find a hazy, narcotic path between the two.

We reached Leigh in Kelowna, at a coffee shop where she was waiting for her ride back to Vancouver. She’d been packing her belongings from her old house, so it seemed natural for our shoe-obsessed selves to ask if she had packed up any footwear. 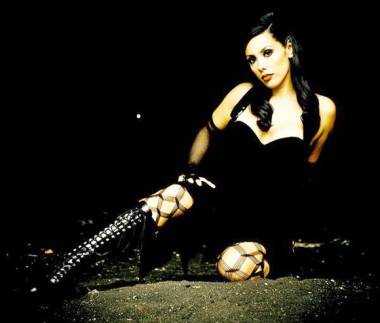 Chrystal Leigh: When I was younger I was obsessed with shoes, with platform shoes. Because I’m short and I like to feel tall. But I would buy these high platform shoes I would never wear. But I do have 20-30 pairs of shoes stacked in a closet, but I never wore them.

SC: How does your taste in shoes compare to Katie B’s, whose shoes you will be filling?

CL: [laughs] I don’t know! I’ve never met Katie, and I’ve never seen her play live. I don’t know, it’s hard to fill somebody’s shoes. We wear totally different shoes and I’m a different size than her. It’s hard, there are some people who don’t think I can [replace her]. I wouldn’t even think to try to change their opinion.

SC: Will you be doing songs from all three albums?

CL: We started with me learning the new songs. I wasn’t feeling the old songs. Katie and I are completely different. I wrote all the lyrics and vocal melodies [on the new songs]. There are a couple off the old record we do do live, I’m a big fan of “Pretty Life” and “Screecher”, so we do those, and Dave does his song “Badream”. We haven’t just tossed out the older records.

But Jakalope is a new band – with new members and a new sound and a completely different vibe. The only thing that’s the same is the name and the fact that it’s Dave’s project.

SC: What were you doing before this?

CL: I was living in Kelowna, and doing my own solo project. About seven years ago I bought myself a piano, and since then I’ve been writing my own songs. When I moved here [Kelowna] I got myself a band and we were performing as the Chrystal Leigh Band. I’m horrible at naming things, but I can write songs and lyrics! I was playing shows locally in the Okanagan, and putting my songs together.

It was a cool experience, leading aÂ  band. I’d been in a few bands before where everyone’s equal, which is the most work ever, when you have five different personalities who all write songs. This was pretty neat, having your songs developed and built on your vision and how you want them to be.

Then I got a call and an audition for Jakalope – though “audition”‘s not necessarily the right word for it: I’d been in touch with [604 Records owner and entertainment lawyer] Jonathan Simkin since I was 19. Katie had left the band, and Dave was looking for a new female singer, he’d been trying out different girls, and Jonathan said, “You know what, I think I have a girl that would be perfect.” I met Dave and we hit it off right away.

SC: Tell me about “Magnolia” – it almost sounds like a Collective Soul song.

CL: I don’t really know much Collective Soul. That was me and Eric Solomon, he and I wrote that song together, along with “Witness”. It’s a complete musical chemistry thing. The lyrics came up in minutes, it was one of those songs that comes together super easily. Before you knew it we had this awesome singalong. He’s also a mastermind with harmonies, and it ends up sounding like a gospel choir.

One response to “Jakalope’s Chrystal Leigh”