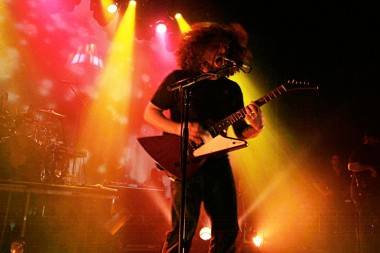 Coheed and CambriaÂ in Toronto on tour for their fifth studio album, Year of the Black Rainbow.

The Nyack, New York band formed in 1995. Mixing genres but primarily a post-punk prog-rock band, Coheed and Cambria is fronted by Claudio Sanchez. Sanchez has devised a science fiction storyline called “The Amory Wars”, around which the group’s records are based.