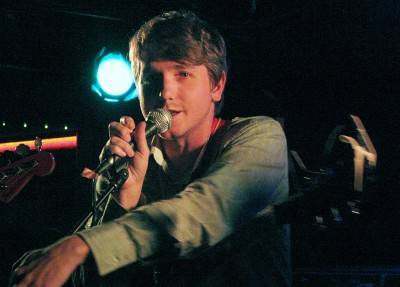 How Come I’m Dead? asks the title of the second album from Hot Panda. The quartet’s sense of humour makes the coed Edmonton band perfect fodder for the Mint Records machine (though, as main man Chris Connelly notes in the following, the label is diverse enough to include Van city blooz junkees the Pack a.d.).

The Vancouver label introduced Canada, and the rest of the world, to the Hot Panda sound (indie-rock guitar/vocals, a little bit of genre-hopping, goodnaturedly messy pop) last year, with the release of the debut full-length Volcano… Bloody Volcano! (which followed an EP, Whale Headed Girl).

We talked to Connelly via phone on the day before the band was to drive out to Vancouver and start a cross-country tour with a Sept 16 show at the Biltmore and a Sept 17 gig in Victoria (at Logan’s Pub). 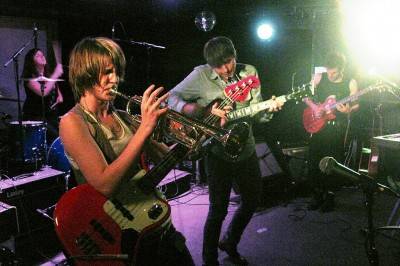 Chris Connelly: Catherine’s played with us before. She plays everything. We used to get her to play Edmonton shows, and sometimes festivals. When Keith left we asked if she wanted to play bass. She still plays in a couple of bands, The Boyfriends and IllfitOutfit.

SC: What’s the music scene like in Edmonton? Is it hard to get people out to see hometown bands?

CC: No, Edmonton’s pretty good for that. if you’re in a city that’s big enough and you’re a local band you have to compete with international acts, but because Edmonton doesn’t get as many touring bands people will go to see local stuff.

SC: What is it about Hot Panda that makes them a Mint band?

CC: I like their do-it-yourself attitude, they just have the right attitude. They’re really cool and down to earth and they’ve been doing it since 1991. They’re not people who, as soon as they realize there’s no money, they’re going to quit. They’re lifers about it. 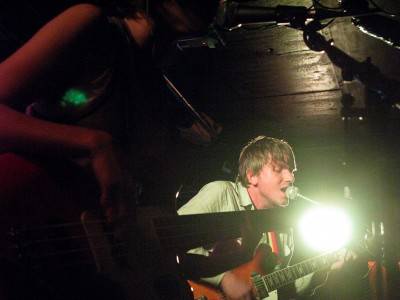 SC: But I’m thinking there’s something about the band, a sense of humour/playfulness perhaps?

CC: Yeah, we don’t really take ourselves too seriously. We have a sense of quirkiness and fun. We’re nothing like the Pack A.D. though [another Mint signee] but we end up playing with each other a lot.

SC: [Hot Panda’s collective plan to move to Vancouver after the upcoming tour comes up. Connelly says he currently divides his time between Edmonton and Toronto, where his girlfriend lives.] Hence some of the lyrics being about a long-distance relationship…

CC: I wouldn’t even say it’s specific to being in a long distance relationship – it’s more like, just being disconnected from stuff. I’m always on tour or not in one place or another long enough to feel a sense of community. I’m craving that home feeling. 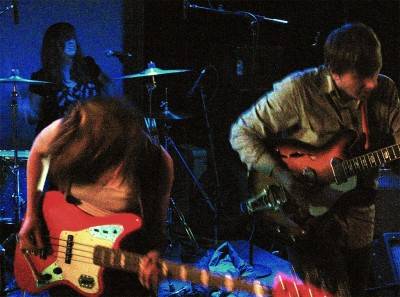 SC: On your website you have a page devoted to favourite restaurants in different cities. Are you guys foodies?

SC: Is that page due for an update?

CC: We should totally update that. We’re so lazy with our website. Our Facebook and Myspace pages are more up-to-date, because they’re easier. Maghan [Campbell, drummer] normally does that stuff. She’s going to keep a video blog on this tour.

SC: I read a review of a Hot Panda show that said she appeared to be “the band’s most level-headed member”…

CC: I don’t know about that! Maybe she was at that one particular show… 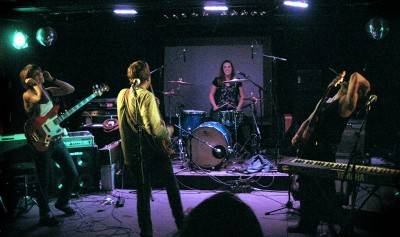