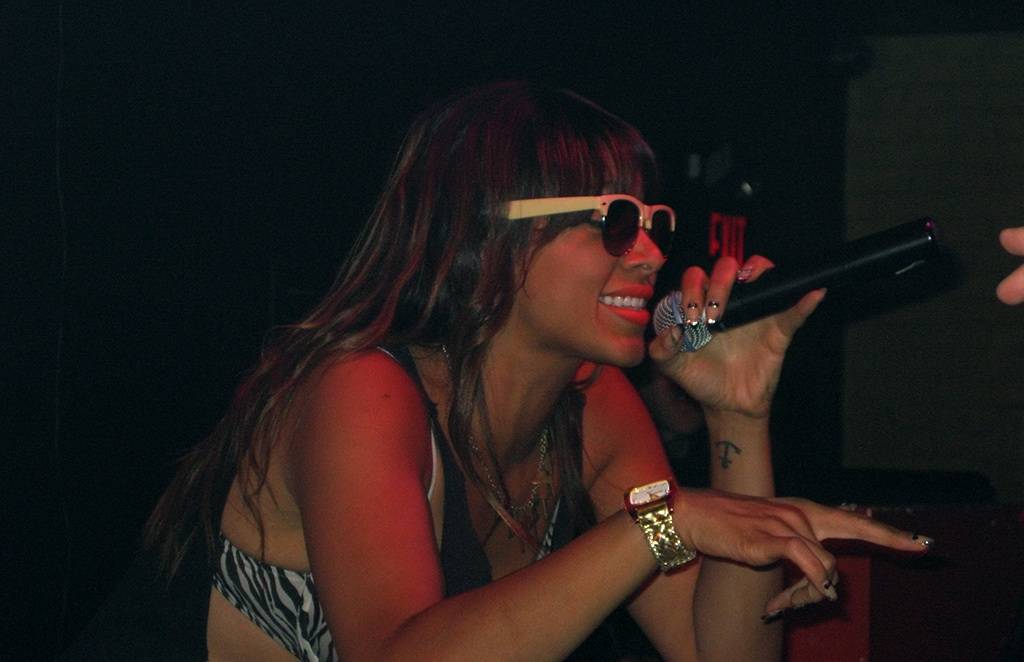 Kid Sister performed to a full house Wednesday (July 21) night at Fortune Sound Club in Vancouver. According to concert-goerÂ Rebecca Apostoli, the up-and-coming hip-hop star “hit the stage at 12:30 for a 45-minute set that was jam-packed with bass-heavy dance anthems spun by her real-life big brother J2K of Flosstradamus fame. The brief but scorchingly hot set has definitely whet the taste buds of local music fans for Kid Sister’s return.”