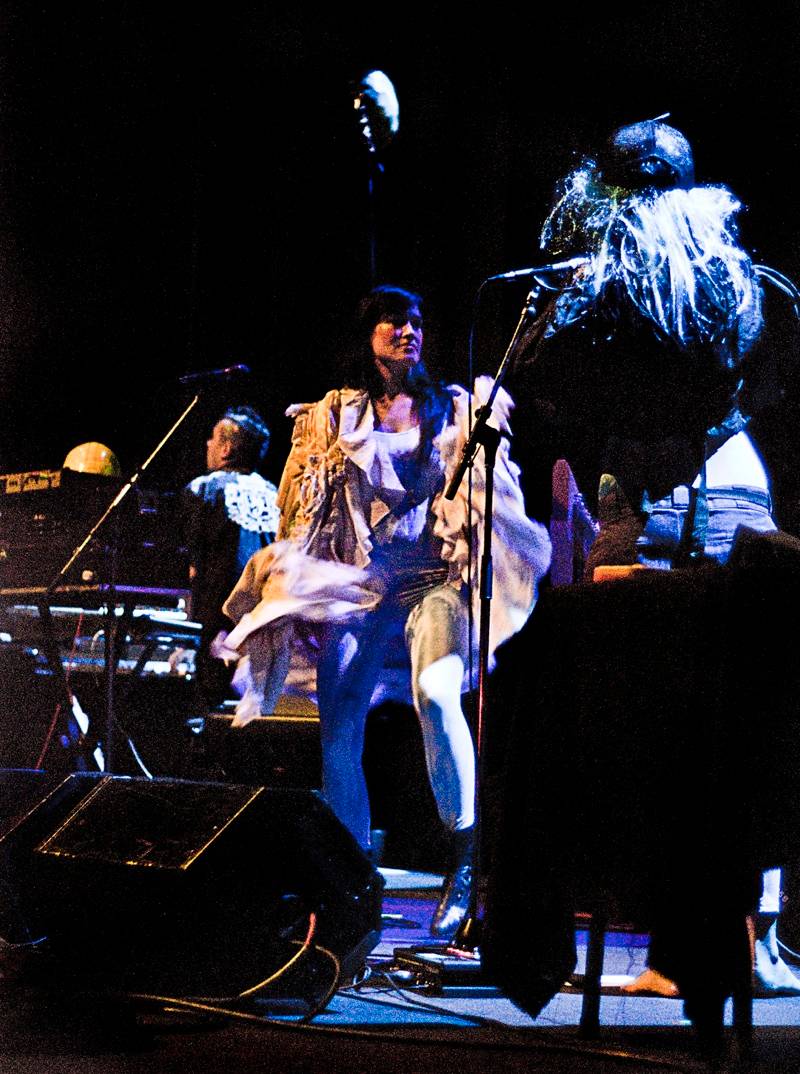 Review and photos – CocoRosie at the Vogue Theatre, June 24 2010

As I went through the curtains of the Vogue Theatre, I entered an intense listening session. I had never heard so many people say “Shh!” and “shut up” in a concert before.

Opener Diane Cluck had most of the audience interested in her music, which was basically her unique voice and acoustic guitar. Once she announced she was playing her last song, people started to rush the stage to get ready for CocoRosie – basically, two sisters named Bianca and Sierra Casady. From what I know, they were born in the U.S. but reunited in Paris, where they started the band. When they were younger, their mother had nicknamed Bianca “Coco” and Sierra “Rosie.”

According to interviews, fairies inspire CocoRosie.

Just like me, everyone in the Vogue Theatre was anticipating an interesting show full of crazy costumes and inspiring music, and that’s exactly what we got. The costumes weren’t as crazy as some in their live videos but they were still entertaining and intriguing to say the least. Right before the show started, the stage screen lit up with an image of a carnival swing. Once the swing started to rotate, the band came out. First, Bianca came out with a cotton candy blue wig underneath an NYPD baseball hat, and both Sierra and Bianca were wearing winter-themed leotards for the first part of the show; there was a costume change about halfway through.

The entire show had moving images in the background. CocoRosie’s music was accompanied by videos of waves crashing, dolphins flipping and spinning, forests, sleepy cats, flowers, babies, carnival swings, and many more colourful images. But at some points, images of vampire teeth and other creepy, peculiar things appeared. 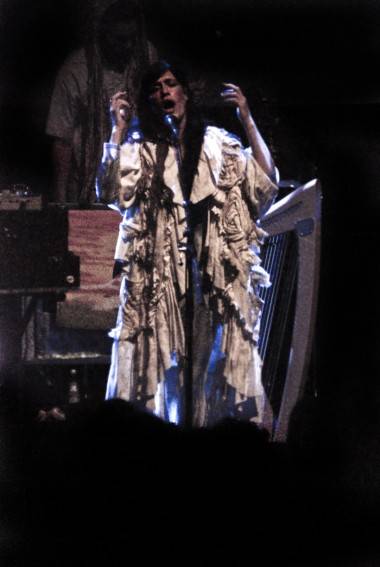 As for the music, it was flawless. The CocoRosie touring band is: Bianca, Sierra, Tez (their beat boxer), Bolsa (drummer) and Gael (a talented pianist). They also had a whole table of children’s toys, clarinets, tape recorders, and more things I couldn’t keep track of.

The group did a great job reincarnating their songs into live versions. I love when a band doesn’t regurgitate their music but recreates it live, which is exactly what they did. The recorded version of “Fairy Paradise”, off the latest CocoRosie album, Grey Oceans, is dark, creepy and intense. But during the performance, Sierra played the harp at the beginning and added an additional chorus of opera singing while Bianca continued the regular routine of the song with intriguing lyrics and vocals as Tez beat-boxed along. Just with Sierra adding the harp and singing, the landscape of the song had changed and thus a new version was created; this live version had some light shining on it.

Beat boxer Tez proved an interesting and talented addition to the mix. At one point, he took the stage and impressed the audience with his unbelievable skills for about two minutes or so. The sounds that came out of his mouth were crazy – it sounded like someone was switching, sampling and spinning through records. He even made the room shake with his bass-filled voice. 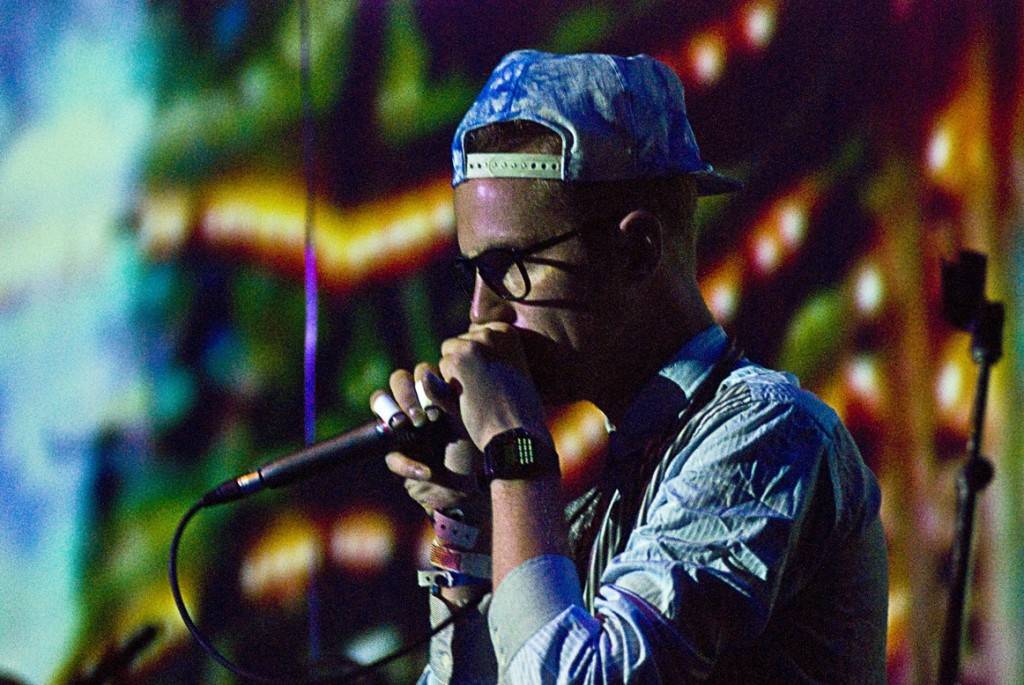 Tez with CocoRosie at the Vogue, June 24 2010. Jade Dempsey photo

Another memorable moment came when CocoRosie busted out their somewhat infamous cover of Kevin Lyttle’s “Turn Me On”. Bianca’s voice was auto-tuned as she introduced the tune with, “Vancouver, turn me on.”

With the costume change, I imagined the band had a trunk full of dress-up clothing that they carried around with them everywhere. This is the kind of trunk that any child would love to get their hands on. At that thought, I fully understood CocoRosie’s naturalness and childlike features. I really do admire these girls – they’re just doing what feels right and not worrying about what other people think, which is really inspiring. I don’t know if it’s their carefree nature but there’s something enchanting about them and their music. CocoRosie’s songs captivate and bring the listener to a different world, into other lives, and back into your childhood.