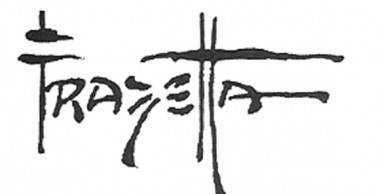 Frank Frazetta, the fantasy artist/painter probably best known for his series of paintings for Robert E. Howard’s Conan the Barbarian series, has died. The American artist was 82. 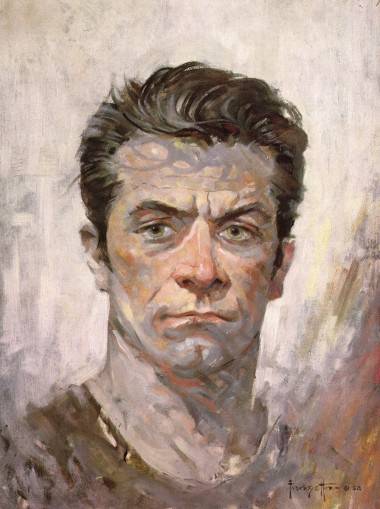 The Brooklyn-born Frazetta began drawing comics and comic strips at 16, eventually working on Buck Rogers and Li’l Abner. This led to movie poster gigs, including these two – one for the 1964 comedy What’s New Pussycat, another for the 1977 Clint Eastwood movie The Gauntlet: 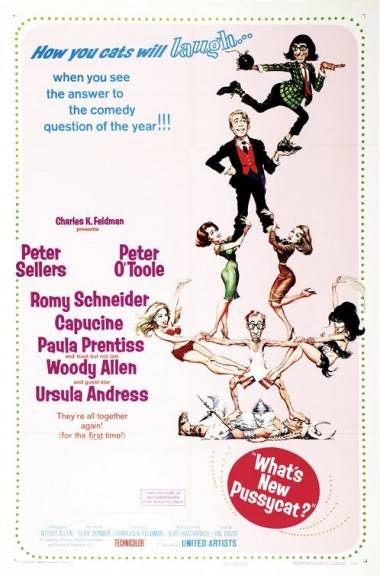 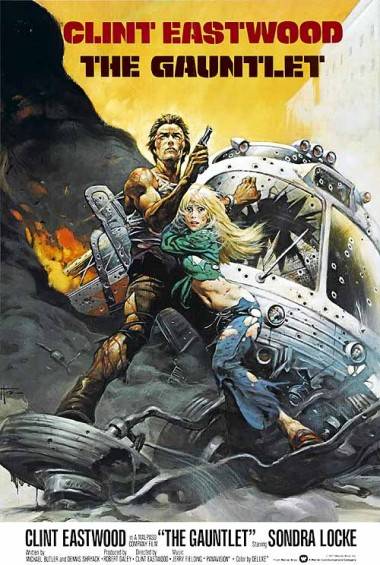 But it was his covers for paperback editions of Edgar Rice Burroughs’ John Carter series and Conan books that established Frazetta’s name and made him a brand, signifying incredibly muscled brutes and impossible curvaceous females. 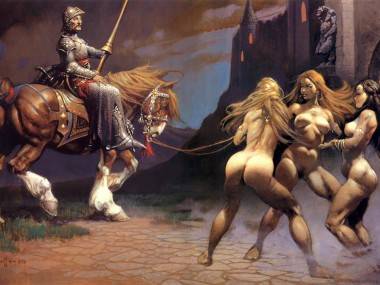 Castle of Sin by Frank Frazetta.

Naturally, his work caught on with rock bands: in 1977, Scottish hard rockers Nazareth used the Frank Frazetta painting “The Brain” for the cover of its album Expect No Mercy. Beginning with its 1979 debut, American group Molly Hatchet pasted Frazetta paintings on the covers of its first three records. More recently, Australian act Wolfmother used Frazetta’s “Sea Witch” for the cover of its debut: 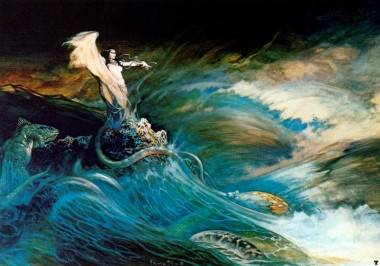 In 1983, Frazetta worked with Ralph Bakshi on the animated film Fire and Ice:

Frazetta was also tapped to do a movie poster (never used) for the 1996 Robert Rodriguez/Quentin Tarantino vampire flick From Dusk Till Dawn: 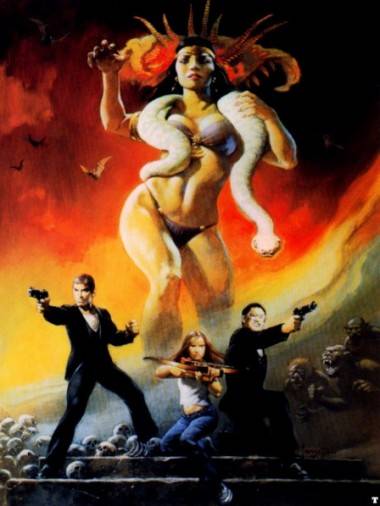 Unused Frank Frazetta art for From Dusk Till Dawn (1996).

Fire and Ice director Bakshi is interviewed, along with Frank, in Lance Laspina’s very good 2003 documentary, Frank Frazetta: Painting With Fire. In this clip, the artist talks about learning to paint and draw with his left hand after a debilitating stroke:

Over the years, Frazetta‘s name became synonymous with a primal, lusty imagination. Often imitated but never exceeded (see: Boris Vallejo, Simon Bisley), Frazetta’s paintings also fueled the adolescent imaginations of generations of teenage boys (as my worn copy of 1976’s The Fantastic Art of Frank Frazetta can attest). It’s safe to say that no one ever painted a better, though perhaps more physics-defying, female bottom: 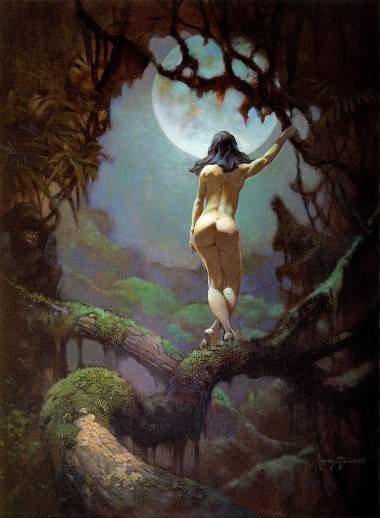 The Moon's Rapture by Frank Frazetta.

There are a number of YouTube tributes to Frazetta (presumably, though not necessarily, posted after his death). Here’s a nice one featuring the artist’s rather bold interpretation of the female form, called “Frazetta and His Women”:

If you’re new to Frank’s work, I would recommend starting with the documentary. Book-wise, Underwood Books’ Icon: A Retrospective by the Grand Master of Fantastic Art is probably the most comprehensive. Some wonderful collections of Frazetta’s early comic strip work, including adventure and funny animal strips) have also been published in recent years, revealing new facets to the artist who, perhaps as much as anyone, helped shape popular culture in the 20th century. 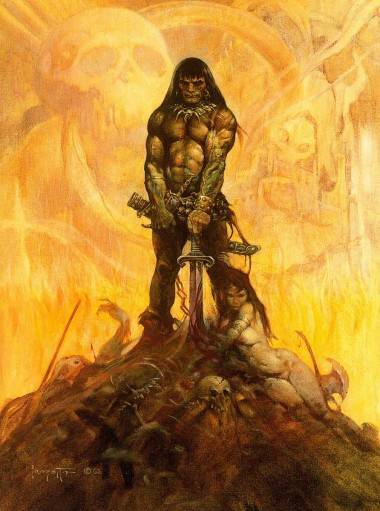