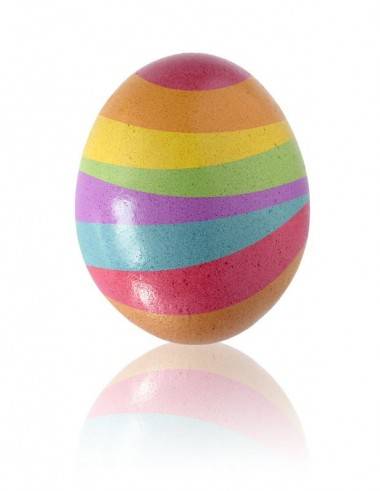 I’m writing from the road – 2,500 kilometres into the tour – somewhere between Winnipeg and Thunder Bay. I’m psyched because the landscape has finally decided to incorporate something from Nature’s vast bounty other than flat colourless fields of wheat. Like, a turn. I was raised in the Prairies and I’m totally down with huge skies and the existential majesty of nothingness, but it doesn’t exactly get your blood pumping between shows. A rock and a stick could do this drive, and the boredom often leads to serious cases of speeding. It’s only natural; speed, like everything, is relative, and it’s not like there’s anything to compare your progress to. “Oh my, we sure whipped past that grain elevator.”

Case in point: for the Calgary leg the band hooks up with two good Ukranian friends (the fact that they’re Ukranian comes up again later. It’s not racist; it’s called awesome storytelling structure). I actually only know one of them, the passenger. Her friend, the driver, is caught speeding 40 kms west of Brandon.

“How fast were you going?” she asks him, as the cop pulls us over.

The police officer approaches the vehicle and asks for our license and registration. Then he inquires as to whether there’s any alcohol, drugs, or contraband in the vehicle.

The driver pauses. “Not to the best of my knowledge,” he says.

“Not to the best of your knowledge? So there might be drugs in the vehicle.”

“Not to the best of my knowledge.”

I’m in the back seat for this. I can only assume the reply – “not to the best of my knowledge” – what? Did you black out midway through packing the car? – is a reference to myself. Like his more blunt answer would be: “I don’t do drugs, sir. But there’s a man I’m unfamiliar with riding in the back seat. He’s a touring musician so he likely drinks heavily, he’s from BC so he’s probably perpetually stoned, and he lives in East Vancouver so there’s a good chance he mainlines heroin.”

Luckily, the cop moves on. “Sir, do you know why you pulled over today?”

“That’s right. Is there any reason you’re not wearing your seatbelt right now?”

“I took it off to get my registration?”

“Sir, I have you on high definition video riding without your seatbelt for over three kilometres.”

I wondered about the repetition of “high definition video”, ’cause he really hammered that part home. Is standard video not intimidating enough? “Sir. You’ve been busted speeding down the highway for kilometres on end without a seatbelt. We also got a close-up of your back hair. You’re fucked.”

The cop continued. “Any idea how fast you were going?”

“Not even close. Sir, are you aware that in the province of Manitoba you can be arrested for driving and deemed a reckless endangerment to yourself and others? That this arrest can result in you being handcuffed right here and now and the vehicle being impounded for five days? Do you know that this leads to troubles with border control and travelling to other countries? Do you know how hard it is to get a job with a criminal record, sir?”

Arrested for speeding? I didn’t know that. So I said, “Wowsers”. Out loud. Then everyone looked at me.

The cop left it at that; he walked away and left the driver sweating it out for 25 minutes not knowing if he was going to jail or not. Eventually he came back with a fine of 300 bucks for not wearing a seat belt (300 bucks?! Fact: you can buy a hot tub for that much – I looked it up) and $780 for going 55 over the limit. (Again, you could buy a hot tub for that. Also, a Maltese dog. Not that anyone would want one of those yappy little shits).

I felt awful because the guy was a nice dude; he took it as well as he could. The day after our Winnipeg show I went to a Ukrainian easter egg decorating party with the two of them and he was in fine spirits. And, man, the Ukranians are serious business about their easter egg decorating. They’ve all been painting easter eggs since they were tiny foetuses and they’re true artists. They sit there drinking galloons of hard liquor – which you’d think would adversely affect their motor control – and proceed to hold up egg after delicate egg filled with flawless lines and intricate patterns, some woven into quadrants the size of a tetanus shot. They’re like that guy in Victoria down by the harbour who can write any name on a grain of rice for five bucks.

I’ve always sucked ass at arts and crafts. When I draw, my people look like horses and my horses look like dogs and my dogs look like surfboards that have grown spider legs and a really shitty looking head. At summer camp when they ask you to make a popsicle house I always made something more like a popsicle brothel with broken windows, half a door, and a total lack of chimney. Consequently I’m usually mean to artisans. I always used to taunt the rice-writing guy in Victoria by asking him what would happen if your name was “Sir Giuseppe Edwardian Lockenheister Drachmatastein IV”.

But I couldn’t make fun of a bunch of seemingly nice people I barely met who just happened to all be humble Rembrandts with an egg. So I turned the self hatred on myself. Forced to try to paint an egg, I made some half-assed pattern of squares and circles, but reverted midway through to my traditional “dog as surfboard”, going so far as to write in one quadrant, ‘This egg sucks. It makes me want to die.’

I don’t think I was a hit at that party, but the rest of the tour has been great. In Brandon, the wonderful people at the folk fest put on a great show, housed us, and baked us a boatload of amazing cookies. In Winnipeg, we were treated to dinner with our old billets from the Fringe Festival three years back. They fed us chicken mole (that last ‘e’ is supposed to have an accent, but I don’t have a Spanish computer) that made me want to weep and kiss their feet, while down the hallway their little children strangled one another in the bath. This reminded me of my own family; of my rock star parents who stayed up past 1 a.m. and were up again at 5 a.m. to hang with us on the quick stop through Calgary. Good family everywhere and always the opportunity to make more; next up, Ontario! We’ll see if we can find some cousins out in Thunder Bay.