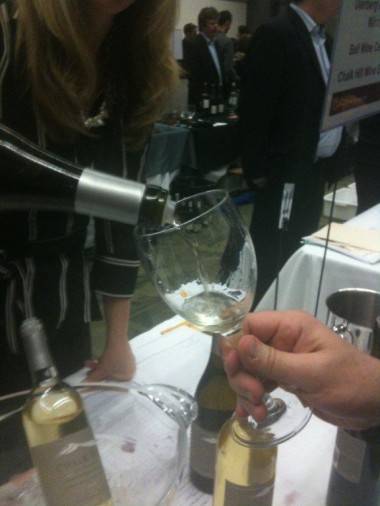 The 2010 California Wine Fair began its Canadian tour Wednesday evening, April 7. One hundred wineries and their reps shared samples of over 350 wines in an upstairs room at the Vancouver Convention & Exhibition Centre. Your correspondent, who still hasn’t gotten over his visit to Sonoma one weekend two years ago, was more than happy to attend.

Because there was so much on offer, I decided to concentrate. Cabernet Sauvignon, Chardonnay and Zinfandel are the three kinds of wine California is best known for; being in a white wine sort of mood (it’s spring, after all), I went in search of the perfect Chardonnay.

Many were tried before I found a clear winner, and along the way I sampled an especially nice 2009 Viognier from Cline Cellars and some very expensive wine, including the Beringer Private Reserve Chardonnay (retail: around $120) and Blackbird’s Arise and Contrarian. (Blackbird’s named after a song by the wretched Beatles, but we’ll let that go for now.) As several hundred people swarmed the display tables, proffering their thoughts on oak-y finishes and notes of pepper, we found an especially intense grouping around the Francis Ford Coppola table, not just because it seemed like the filmmaker’s product was being served by some of the most attractive wine reps in attendance, but for a sample of the Sofia Champagne. Which, most impressively, is apparently available in four-packs of cans.

Back to the Chard, however; after sampling at least a dozen, I found my favourite in the Chalk Hill Wine Estate’s 2006. Retailing at around $50, it tasted the most buttery, the most flavourful and the least alcohol-y (I’m sure there’s a wine expert term for that, just not sure what it is). I’m sure our paths will cross again, but first I want one of those four-packs of Champagne. 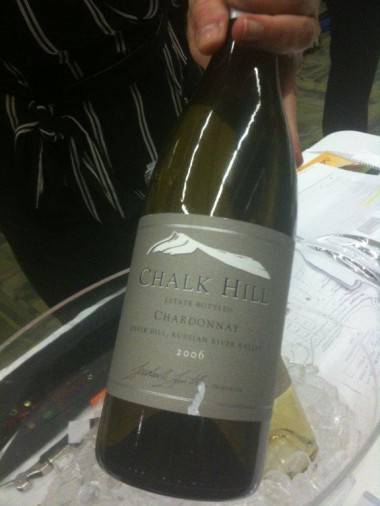 Thanks to Nicole McLuckie and the Arts Club for opening the doors of the 2010 California Wine Fair to us. Some of the proceeds from the evening, including a silent auction, went to the Arts Club.