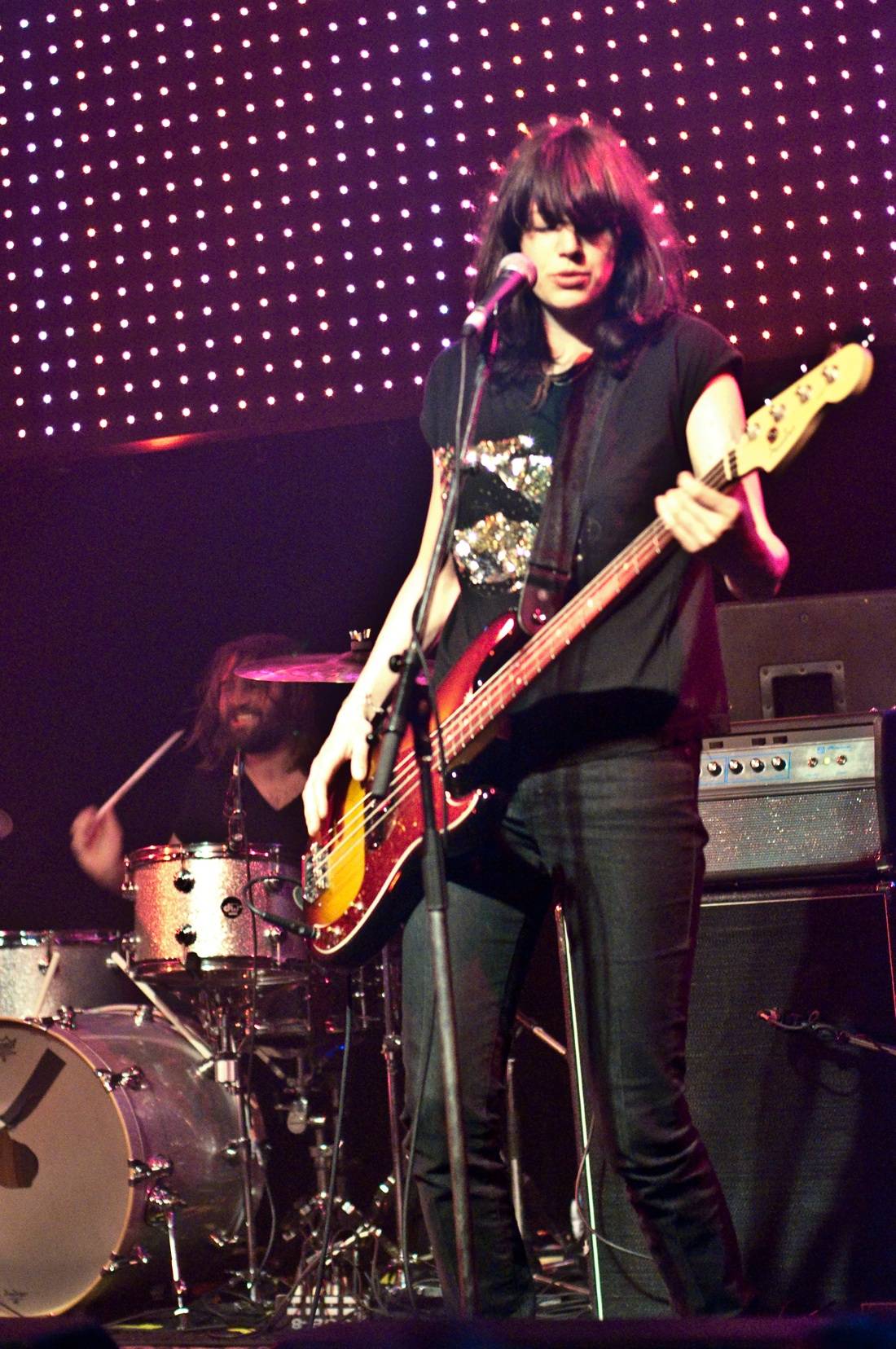 Fresh off of their stint at this year’s Coachella, Band of Skulls returned to Vancouver to play Venue. Unlike the first time the UK trio played here, to 20 or so people at the Media Club, for its return the Skulls added a second show once the first sold out almost immediately. Both evenings began early to make room for up-and-coming supporting acts, Saint Motel, and Silver Starling.

As fans began to filter in at around 7:15 p.m., “garage-glam” rockers Saint Motel sauntered onto the stage to test their equipment before launching into the quick-paced and uplifting “Do Everything Now”. As a tip of the hat to their Vancouver audience, the musician/filmmakers projected Canucks and Winter Olympics footage interlaced with campy ’70s film clips behind them, keeping the early birds absorbed both aurally and visually.

Saint Motel’s songs’ bright beats and melodies matched the charismatic personalities of AJ Jackson on guitar and vocals, A Sharp on lead guitar, Greg Erwin on drums, and Dak on bass. Erwin mouthed the words to every song, and A Sharp shared a mic with Jackson on numerous occasions, displaying the close-knit and supportive dynamic of the group. The cheerful riff and head-bopping rhythm of “Butch” from SM’s debut record Forplay attracted the most attention from fans. That, and the vintage porn in the backdrop censored by the band’s DIY animation, elicited more than a few shits and giggles. With its humorous and unaffected approach to rock ‘n’ roll, I can see Saint Motel catching on faster than you can say Debbie Does Dallas.

Next, Silver Starling delivered a series of gritty and emotive numbers that placated most of the crowd. The band’s romantic tunes, tinged with melancholy, bear similarities to the style of fellow Montrealears The Stills. A more playful side shone through in “Ghosts”, a jaunty, finger-snapping tune that allowed Marika Shaw to interject with her xylophone, and rested on Gab Lambert’s ukulele playing. Despite the solid musicianship from the group, they seemed slightly detached from each other, with the exception of Shaw and lead singer (and husband) Marcus Paquin, who shared more than a few lingering stares throughout the night. 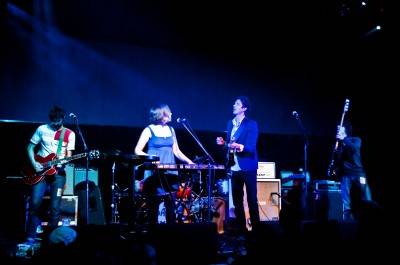 Even before the release of its first record, 2009’s Baby Darling Doll Face Honey, Band of Skulls’ metal-blues was attracting a widespread following on iTunes charts. Since then, they have been touring the nation and the world, thankfully gracing B.C. fans again with their authentic and fascinating presence. 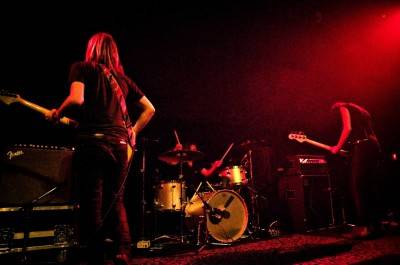 Band of Skulls at the Venue, April 24 2010. Michael Caswell photo

The band finally set foot on stage with their backs turned to the crowd, and took a deep collective breath before facing their devotees. One of their openers included the crowd-pleaser “Death by Diamonds and Pearls”. Emma Richardson’s motivating bass lines and drummer Matthew Hayward’s hard-hitting beats possessed fans to raise their devil horns and bang their heads in unison. Band of Skulls’ punk influences could be heard on “Friends” as Russell Marsden delivered a threatening chord progression, matched by his guttural vocals. The driving guitars heard on “Patterns”, on the other hand, would make early metal heroes, such as AC/DC and Black Sabbath, extremely proud.

Broadening their musical breadth even further, the trio’s performances of “Honest” and “Cold Fame” presented more lyrical and folk melodies that Marsden crooned behind his sheath of disheveled blonde hair.Â  Richardson maintained a mysterious, glazed-over look on her face as she calmly belted her verses. She took the lead on the sinister composition, “Blood”, which gave audiences an education in the devilish mythology attached to the blues. Correspondingly, Robert Johnson-style rhythms and guitar solos carried the soulful “I Know What I Am”.

The energy in the room mounted as Marsden bellowed “It’s impossible to be invincible” from their track, “Impossible”, later erupting into a cathartic chorus that had the entire room cheering the band on with positive claps and whistles. Lightening the mood before the end of the night, the band closed its performance with “Hollywood Bowl”, a mishmash of funk, rockabilly and metal that epitomizes the band’s diverse and irrepressible talents. Here’s hoping Marsden and co. make their way across the Atlantic very shortly to bring back a welcome dose of unaffected rock ‘n’ roll to our city. 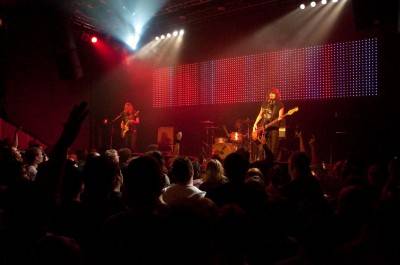 Emma Richardson with Band of Skulls at the Venue, April 24 2010. Michael Caswell photo

One response to “Band of Skulls at Venue”