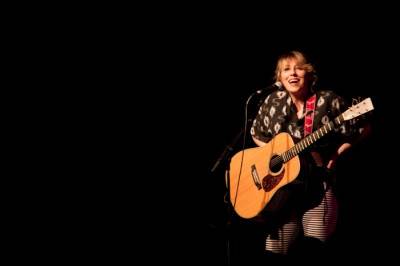 On a simple yet colour-washed stage, the singer appeared, wearing a sultry ensemble and with acoustic guitar in hand. Wainwright soon settled into her groove and exuded a comfortable yet powerful energy that penetrated deep into the the hearts and souls of the audience.

With the Commodore’s palatial staircases and floor-to-ceiling windows creating the fairytale details to accompany the stories of each song, Wainwright’s voice hit the kind of unexpected notes only true artists can nail, and her words passed by like rolling hills. Never a dull sound, never a monotonous song – the power in her voice and the strength of her passion for music was apparent to all. 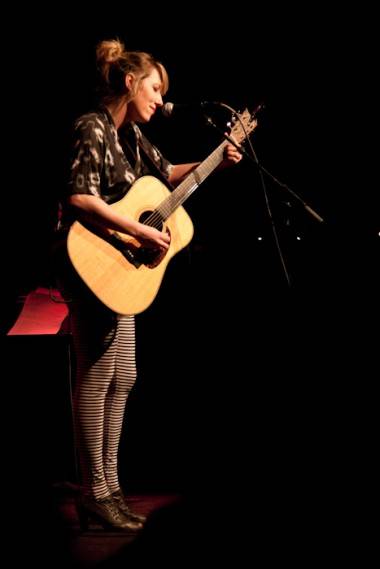 At one point, an altercation in the crowd during her most colourfully titled song stirred Wainwright’s concentration and she responded by kicking those “bloody mother f*&%cking a$$holes” on out. The crowd cheered wildly with support and propelled her into the second half of her set.

Looking back on it, Wainwright’s show could be seen as an evolution. If the beginning was an awakening, the end would be the collaboration. The remainder of her songs took inspiration directly from the audiences‘ widespread faith in Wainwright. 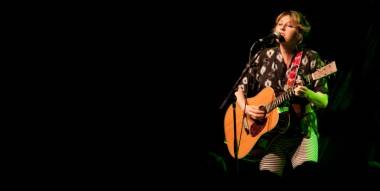 It was almost as if she internalized everyone’s personal story based on the increased level of interaction. Though her show was peppered with males and females alike, Wainwright’s extended hand was grasped strongly by the women in attendance.

As the acoustic melodies sailed through the night the room’s ambiance turned mellow and soothing. A show that had opened with exuberance ended in a lower key. Those who went with minimal knowledge of Wainwright (who lost her mother, Kate McGarrigle, earlier this year to cancer) left with the same reassurance as a long-time fan. 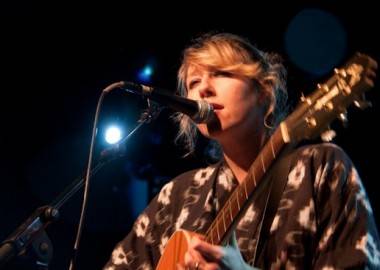 Her distinct rhythms, rarely heard on the radio, set her apart from the everyday guitarist whilst keeping her secret. The success of her show was a result of her folky originality – a wildflower in a barren field, anyone’s prairie home companion. One woman, one acoustic guitar and her dynamic power more than filled the space of the Commodore Ballroom on March 18, 2010.

2 responses to “Martha Wainwright at the Commodore Ballroom”