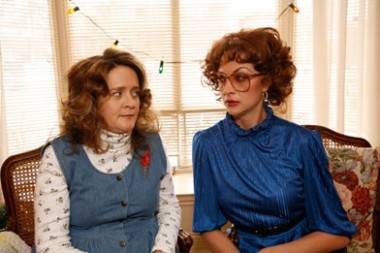 The 16th Annual Victoria Film Festival’s screening of the film Lebanon was cut short due to the fact the reel they had was in Hebrew, sans subtitles. Feeling like a Bad Jew, I was cast out from the theatre in shame (quite a few people remained for the duration, leading me to wonder whether a) Victoria was playing host to some sort of rabbinical convention or b) the city has an unusually high number of Hebrew-speaking citizens).

Fortunately, it meant the interview scheduled with Coopers’ Camera director Warren Sonoda could take place earlier than planned. Deciding that the Hospitality Suite was too noisy, we earnestly headed for a quieter location next door, at the Festival office.

We were offered stools to sit on in a creepy backroom hallway, where we discussed everything from his illustrious career as Canada’s (so-called) King of Music Videos, to Southern Ontario’s race riots, to Dave Foley’s most memorable member. 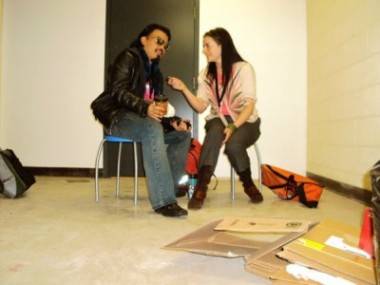 Rachel Fox: So, tell me, Mr. Sonoda – where do you hail from originally?

RF: It seems as though lately I am being deluged by people from Hamilton, Ontario. I am from London, Ontario.

RF: I feel as though there’s a war happening, between Londoners and Hamiltonians…

WS: There is. It goes back to the 1970s. That was when it all started, in the race riots. The London-Hamilton Race Riots, just awful.

RF: I remember, actually. I was The Jew.

WS: We didn’t hold that against you… [pause]…that you were white.

RF: You’re the King of the Music Video in Canada. Can we say that?

WS: You just did.

RF: As long as you credit me you can use whatever you like. You’ve done over 100 music videos.

WS: This is true.

RF: That’s a lot. Quite often when you talk to people about the work they’ve done and you ask their favorite they reply, “They’re all like my children.”

RF: So you don’t make that claim? 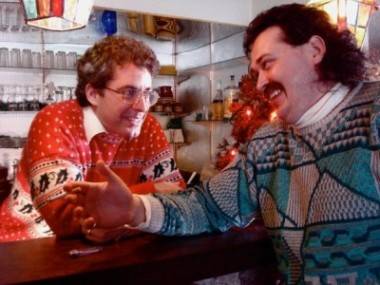 RF: Do you have any highlights, any personal favorites?

WS: When I started, in the ’90s, it was a perfect time to be a young filmmaker in rock and roll and in music videos because the budgets were huge, the coke was flowing… I’m kidding. Don’t print that. That’s exactly what you’re going to print, isn’t it?

RF: Exactly. You’re here now with Coopers’ Camera which was screened last night, one of the films so far that did not have any technical glitches, so you’re obviously doing something right.

WS: That’s fantastic! I’m very happy. I paid the projectionist $20. It goes a long way in Victoria, let me tell you…

RF: You also had the foresight to make the film in English.

WS: Yes, it is in English, with Hebrew subtitles. It plays in Israel and in Victoria, BC.

RF: Tell me a little about Coopers’ Camera. When was it shot?

WS: We shot it in 11 days in 2008. It was quick. For the Guttersnipe peeps out there that don’t know much about movies – it’s not a lot of time. We had actors flying in, like Dave Foley, and we only had him for a day. Samantha Bee was incredibly pregnant at the time. I don’t know how she made the movie, actually, without actually giving birth on set.

RF: That would have been great, if you could have fit that into it.

WS: It would have been tragically hilarious if her water broke and her placenta fell out. Â And by the way, it’s very echoey here, because we’re in the middle of …

WS: Nothing but the best for Guttersnipe! This is posh, man. Fuck the Four Seasons! I want to be in the back alleyway.

RF: Speaking of the cast, you have Samantha Bee and Jason Jones, from The Daily Show with Jon Stewart in the film. How did you manage to get linked up with them?

RF: I’ve had a lot of late nights since I’ve been in Victoria and I don’t remember.

RF: I was just going to say maybe it wasn’t very memorable.

RF: Another dis for the Hamilton set.

WS: Jason’s from Hamilton too. He’s an avid London hater. We went to high school together and quickly became best enemies through that entire process. Then he went to Ryerson Theatre School, like the ponce that he is, and I went to Ryerson Film School – to fail, twice. We always said, “Let’s do something, let’s throw something together, let’s make a movie.” So five years ago – and this is the Victoria connection – we made a movie called Ham & Cheese which premiered here at the Victoria Film Festival, and it was really Victoria that launched Ham & Cheese.

Sam and Jason had a small hiatus from The Daily Show because Jon Stewart was doing the Oscars, so he was taking two weeks off. So we just rolled the dice and said, “Fuck it, let’s do it.” The handshake deal was December 16Â and we were shooting February 20 or so. We were ready for TIFF in June, premiered in 2008 and now we’re here in Victoria in 2010.

RF: There’s something to take away from that – that if you want to do something, you just have to get it done.

WS: Yeah, you just gotta do it. There’s no reason now – this was one of the topics at the Springboard talks in the Victoria Film Festival – there’s no reason now not to. You’ve just got to show up and do it. With technology now, little iPods and iPhones…

I Â just made my first short film I’ve ever done (since failing film school) on a cell phone. There’s a film festival called Cinequest in San Jose that asked 20 filmmakers to make one minute short film on cell phones, they’re online now. You can shoot something and post it online and immediately get a response. You can post something on your Facebook and see how many people react to it. People Twitter and get the word out. It doesn’t make it any easier to make a good movie. It just makes it easier, once that film’s done, to get it out there.

RF: Have you enjoyed the festival so far?

WS: Oh yeah… The people here are always amazingly nice, except for the press, who are snooty and belligerent and they like to throw around words like “deluge.”

RF: I was going to say “masticate” earlier. Everybody in Coopers’Â really chewed up the scenery.

WS: Coopers’Â is a polarizing film: you either really dig it and love it, or it just offends you to no end. It was something we had to accept. One of our things was, well, if we’re getting to people – that’s a good thing. Better to make something that gets some kind of emotional response than one that gets nothing.

RF: How did Dave Foley get involved?

WS: Dave has been a fan of Mike Beaver [Coopers’ Camera co-writer and co-star] and Jason Jones for a long time. Jason and Mike ran a comedy troupe in Toronto for a long time called The Bob Room. It was as popular as you can get without getting a 20-epidosde CBC TV series. Foley was just a big fan and Mike can be very persuasive. We got him in Ham & Cheese.

RF: You got him to remove his clothing.

WS: Because Ham & Cheese did so well for such a small movie, when Mike asked Dave to come into Coopers’ it was a no-brainer for him. And then we told him what his character going to be, we sort of sandwiched in this next-door-neighbor guy when we found out Dave was available. Dave showed up to the wardrobe fitting and said, “I think I should be wearing a silk kimono.” So, quickly, we go out and try to find a kimono for him. And then he’s like, “And I’d like to show my cock.” And I’m not one to say no to Dave Foley when he wants to show his penis. 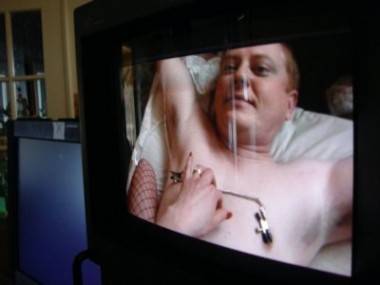 RF: I have to say, oddly enough, many years ago …

WS: [Laughs] “Many years ago, I was also offered Dave Foley’s cock, and I didn’t turn it down either.”

RF: I saw Scott Thompson at the Vogue in Vancouver. He ended his show by coming out on stage in a purple shroud and Nikes and removing his shroud and he was completely stark naked. I was front row. This is now the second Kid in the Hall and the only ex-cast member of Anne of Green Gables whom I’ve seen nude.

WS: He bares it all, a bunch of times.

RF: And with nipple clamps, as well.

WS: He took one for the team. I think Dave’s one of those actors and comedians who just knows comedy. When he wants to go for it, there’s no half going for it with him.

RF: His ass was huge.

RF: (Pause) There was full frontal? I don’t recall that.

RF: I don’t remember seeing that. Was that in the film?

RF: No, I don’t. Suddenly my singledom is explained. I don’t remember it at all. I’m drawing a blank. That’s too bad. You don’t really see that too often.

WS: We played it very… for a cock shot, it was pretty subtle. You really don’t remember? He was getting the camera and… [begins re-enacting the scene]

RF: I totally don’t remember it. I didn’t notice it.

RF: I am. I feel embarrassed and stupid yet awesome. What’s next for you?

WS: We’re finishing up a romantic comedy called Textuality, a really funny script with Jason Lewis [Sex and the City], Carly Pope [Popular, Young People Fucking] and Eric McCormack [Will & Grace] who are fantastic. Textuality is unabashedly a Hollywood romantic comedy – we went into it going, “We want this to compete with as much as we can with the budget we have, with every other He’s Just Not That Into You or whatever’s coming out. I did my first action movie, a mixed martial arts film called Unrivaled with a bunch of UFC fighters in it, and Nicholas Campbell [Da Vinci’s Inquest].

RF: It seems as though we’re seeing the Canadian actor, the big-budget actor we recognize in more Canadian productions – is it cool to be Canadian now?

WS: I think actors just generally want to do good work. I think the work we’re [Canadian filmmakers] doing right now is good, and they’re seeing that. [Dave] Foley was so gracious and excited because Coopers’ got into TIFF – he’s never been to TIFF. He’s never had a film in there. He said that, “I’ve done a lot of movies and I’ve made movies that have made $100 million like Bug’s Life and From the Earth to the Moon. This was a movie where it was the tip program from ACTRA, and he was paid $100.

RF: Wow. Really, if you think about it, that is some debut at the TIFF. If you’re gonna go big… I wanna say it but I don’t recall that scene. What are you listening to on your iPod right now?

WS: I just did a video for Terri Clark and a band called The Wilsons. Literally it’s right on my iPod. I have a video coming up for Victoria Banks, who is an awesome singer-songwriter from Canada, she’s based out of Nashville now.

RF: You’re really into the country.

WS: I like country. I still rock the T.I. and the Jay-Z. It’s a shuffle. [Pause] Now we have to get killed.

RF: That’s right. We have to run from the zombies.