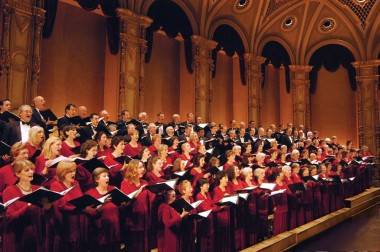 Symphony of a Thousand? Gustav Mahler himself was not pleased with the title his agent used to promote the premiere performance in Munich in 1910. “It’s Symphony No. 8 in E-flat Major, thank you very much.” Still, despite Mahler’s objections about what he called his agent’s “Barnum and Bailey methods”, it was an apt title – there were over a thousand assembled (171 instrumentalists, 858 singers and Mahler) for 1030 in total.

Why didn’t his agent simply call it that? Symphony of a Thousand and Thirty? Doesn’t that make it sound even more impressive?

Call it what you will, Mahler’s Eighth is astounding and this was a great show. Bramwell Tovey and the VSO had, if not a cast of over a thousand, hundreds. Three choirs, no less than eight featured vocal soloists. And if you include the packed Queen Elizabeth Theatre, thousands. 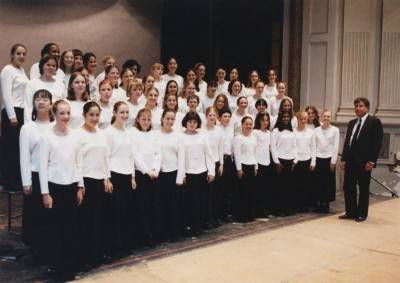 What was so right about this performance wasn’t the numbers or names – it was really about the intensity of the music, the depth and size of the sound. It was also the sense that people really wanted to be there. Mahler fans are known for their zeal, and it was palpable and real. Sure there were some dozers and posers, but most seemed very genuinely into it. The instantaneous standing ovation could only be matched, in my recent memory, by the VSO concert of Beethoven’s Ninth a month ago.

There were a few problems. The stage was so crowded a few performers were lost in the periphery of the curtain. The projected subtitles distracted and seemed to mock the translation: one sentence in English for a seemingly endless stream of German.Â  There was the annoying guy behind me who felt compelled to say “Hey! It sounds like they’re saying ‘Eddie’!” as he phoneticized the German vocalizing. Congrats on your observation, Mr Linguist. And no thanks for reminding me of Iron Maiden during a Mahler concert.

But these are quibbles. It was a brilliant concert. Admittedly, the fact that I listened to Symphony of a Thousand a thousand times in the weeks before the show probably was a factor in my enjoyment. Thing is, though, I can’t seem to get enough of it.