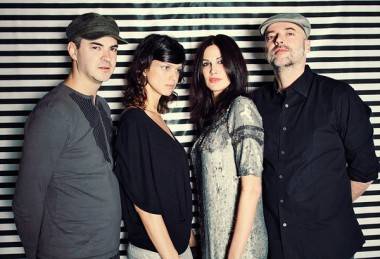 On the new album, listeners will find the Violent Femmes‘ “Blister in the Sun”, Soft Cell‘s “Say Hello Wave Goodbye” (covered not too long ago by David Gray), the GoGo’s “Our Lips Are Sealed” (a soft, supple duet with the tune’s original songwriter, Terry Hall), a first-day of spring version of “God Save the Queen”, and Depeche Mode‘s “Master and Servant”, among others. They’re all trÃ©s bon.