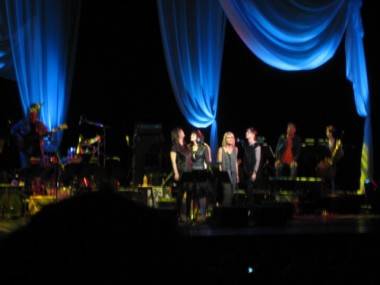 True, the list of great Young songs is practically as numerous as artists wanting to pay tribute to the famed Canadian. And there were many on this, the second night of a two-night run of the Hal Willner-curated NYP. Costello and Reed were walk-ons, but the night really belonged to Joan Wasser, aka Joan as Police Woman, and the various members of Broken Social Scene and the other musicians (from Vancouver to New York) who interpreted many of the songs one would expect , along with a few surprises and notable omissions (wisely, perhaps, the gatheredÂ  musicians opted for a group singalong of “Fuckin’ Up” rather than “Rockin’ In the Free World”). 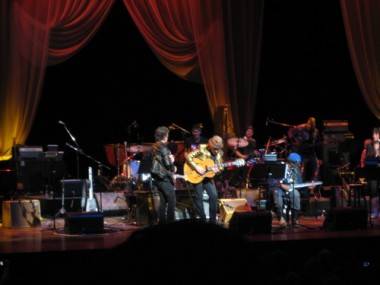 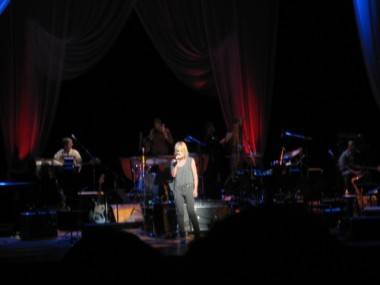