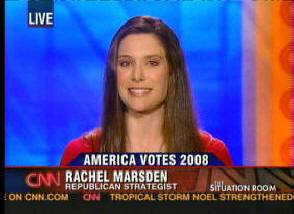 Well SE just got a late Christmas present in the form of news about that wonderful Vancouver export, Rachel Marsden. Yes! Our very own psycho-swimcoach-stalker-cum-rightwing-American-latenight-talking-head/serial-CEO-dater. But now the Americans, too, have seen her ways and they don’t like her anymore so she’s now in France. We know what she thinks of her homeland recognizing the culture and contribution of First Nations people in our Olympics (bad!). Now she’s judging the lefty communist running the American government and all those weak liberals who control the media and who aren’t properly documenting the downfall of the greatest country in the world, or something (also bad). From France. Anyone who cares to read more about this can, in her new thinly veiled “novel,” The Voice of America, about a beautiful, intelligent, misunderstood girl who gets caught up in the glamorous world of punditry, only to be sexually harassed (a-hem), and forced to tell the truth about things from another country. It’s The Devil Wears Prada meets A Million Little Pieces meets www.barackobamantichrist.blogspot.com. Basically more spectacular crap from Canada’s favorite person-who-left. You’re welcome, France!

As is the case when you consistently make fun of people, sometimes bad stuff happens to those people and then you feel bad. Such is the case with Casey Johnson, who got in trouble for breaking and entering, stealing her ex-girlfriend’s underwear and leaving a used sex toy on her bed, racing down the street after her dog in her underwear, getting engaged over the Internet to trashy midget stripper Tila Tequila while in lingerie… etc. And this was all in the last couple of weeks. Her parents cut her off to try to get her into rehab and so she died alone in squalor. Sad. Money can’t buy happiness, lalala. Though it seems her untimely death was probably due more to complications from her diabetes than the drugs and alcohol. Diabetes sucks, but death sucks more. Take your meds, kids, seriously.

Marc Jacobs got married in a kilt to his boyfriend Lorenzo Martone on the beach in St. Barts, which was very cute. They even had a cake with the couple on the top, with Marc, shirtless, of course. Mazel tov! In other wedding news, Marilyn Manson, who is very old, like in his mid-40s [I resent that remark. -Ed.], proposed to 22-year old Evan Rachel Woods in Paris, and she accepted. Why can’t I be all excited about this one? 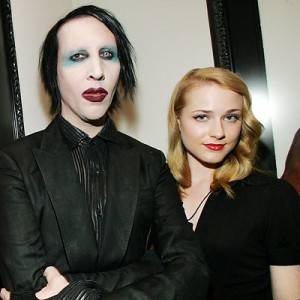 And in other Paris news, scientists have decided that the face of the Mona Lisa reveals she had high cholesterol, thereby revealing that scientists in France are a bunch of very bored people indeed.