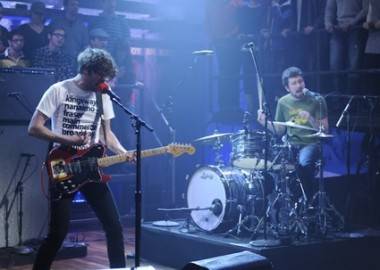 The Japandroids on Late Night with Jimmy Fallon, Jan 4 2010.

It’s no surprise seeing the duo giving props to the ‘hood, though, which has long been the creative hub of the city and an incubator for many of the city’s best indie bands. The band’s debut, Post-Nothing, even has a salute to the area in a song entitled “Rockers East Vancouver”.

5 responses to “Japandroids take East Vancouver to the U.S.”