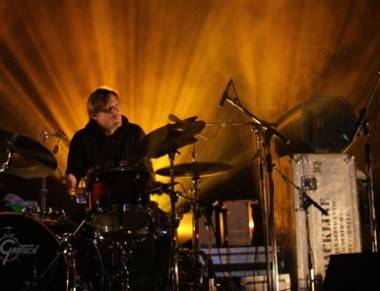 On the day of the band’s arrival in Vancouver, Patrick Watson drummer Robber Kuster was reached through a record-company third party in a hotel bathroom. The rest of the group was in the hotel room, “listening to music, checking out the new Plants and Animals record,” according to Kuster.

Touring in support of its third album Wooden Arms, the experimental/ambient Montreal pop act had just returned from an extensive European tour. What follows are some excerpts from our brief conversation. 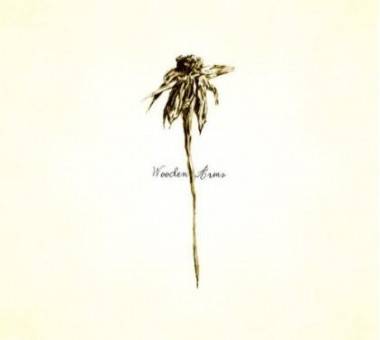 Shawn Conner: What size places did you play over there?

Robbie Kuster: It varied a lot. It went from little bars in Munich that held 100 people to big places in Paris, with 1,300 people. We played in Lisbon for 800 people.Â  I’d say we have our territories. We sell out places in Amsterdam, in Rotterdam. In regional France it’s a bit more work. In Spain and in Portugal we do well.

SC: Do you think your European success is partly because the music is, at least on the surface, more atmospheric than song-and-lyric oriented?

RK: It could be. Also we’ve put in a lot more work in Europe. It’s just an easier territory to tour than in Canada.

SC: The band often plays with a string quartet. Is that the case for the Canadian dates? [Patrick Watson plays the Queen Elizabeth Theatre in Toronto Dec 12 and the Metropolis in Montreal Dec 16 before jetting off to Australia for the beginning of the New Year.]

RK: The strings came with us for two weeks in Europe for the bigger shows, and they’re here in Vancouver as well as Toronto and Montreal. It adds so much to the show. We call them the “mommies on the run.” They’re all moms back home and they love to party because they’re away from home. And they balance out the testosterone. At this point they’re not even reading charts anymore, they’re improvising a lot.

SC: Is there a lot of room for improvising in the live show?

RK: We try to keep things wide open. It allows for a lot of communication between us. There are solos that are improvised, obviously. We know the songs so well. We trust each other – if somebody decides to take a direction, we trust everyone’s going to support it.

SC: What do you like to do when you’re in Vancouver?

RK: I used to live on Vancouver Island, so I know a bunch of people here and in Whistler, I have a bunch of friends coming over for the show.

I went for a walk this morning. I miss the Pacific Ocean. If we had time I’d love to go to the Island or go to Whistler. I went to school in Parksville, studied music in Nanaimo [both towns on Vancouver Island] and moved out to Montreal and met the rest of the band there.

RK: It is confusing. We played for so long just under Patrick’s name. The project started basically with Pat being asked to do some music for a photography book, and it did so well, we decided we’d keep doing some stuff, and it became more and more of a collaborative band.

We had already been known long enough as Patrick Watson for it to be a pain in the ass to change. And we could just never agree on a name until “Wooden Arms”.

SC: Do you remember any of the rejected names?

RK: We had “Fireweed” [the name of Wooden Arms‘ opening track], but it sounded too much like dopesmokers.

SC: Right. And you would NEVER want to give that impression… certainly there’s nothing in the music that might indicate such a possibility!