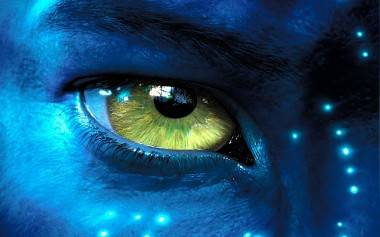 Our East Vancouver pop culture columnist Louise P is no fan of animation, CGI or otherwise. In this conversation about Avatar, Louise discusses Who Killed Roger Rabbit?, stop-motion animation, and, inevitably – Louise is a former aerobics instructor and personal trainer – what James Cameron is truly noteworthy for: introducing the world to Linda Hamilton’s shoulders.

SC: What about this movie Avatar?

LP: Oh fuck. No. I don’t like animation. Unless it’s Wallace and Gromit. But I’d only see it on DVD. And that’s only if I was in a good mood and I doubt I would see that anymore. I had to do that with Jason [her Scottish ex].

LP: The one where they have to draw it?

SC: No, the one where they have to move the figures.

LP: Yeah that’s it that’s the one they have to move the figures! Oh my God how can they stand it! That’s Wallace and Gromit, they have those figures and they move them just a tiny bit! It takes them forever to make a movie! Can you imagine! Oh that just sicks me out! I couldn’t even see them anymore just thinking about how they did it. What a nut. Who would do it. An insane person. Do they have many people doing it?

SC: Yeah, they have lots of people doing it.

LP: So everyone has their own Gromit and they just are moving it all day? Fuuuuuck. How awful is that. And how do they time it then? You’re gonna move this one and you’re going to move that one, and do they have to have them in different places? Like, awful. Some things I don’t want to know.

SC: Well Avatar is computer-generated so it’s not stop motion.

LP: That’s cartoon. I don’t like fake-os. Who does the voices? The guy from Everyone Loves Raymond? [thinking of Ice Age]

SC: Well I think Sam Worthington is actually in it. I think it has human actors.

LP: No way will I see it then. If it has both of them. Like that Bugs Bunny movie, remember that?

LP: Yeah. Horrible. Horrible thing. That was a HORRIBLE thing. See that? I wonder, if it was on TV and I see it and I can’t stand it. Bugs Bunny? And that short guy from Taxi? 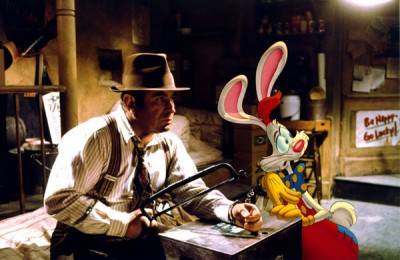 SC: No, it wasn’t Danny Devito, it was Bob Hoskins. A British actor.

LP: Weren’t the real people in the cartoons or something?

SC: There was with Roger Rabbit, there were real people–

LP: I don’t want to know. Anyway, what’s Avatar? Isn’t that from a comic book?

SC: No. It’s the new film by the guy who made Titanic.

LP: Oh. I thought fuck that’s amazing. I got the name for the first time right.

LP: I KNOW. I THOUGHT FOR A MINUTE I DID. And I thought Fuck, that’s amazing. I just pulled that one right out.

LP: I got the C right, like usual. But remember he was married to that girl from that, that radar, those uhm, DON’T TELL ME PLEASE, don’t say it, Schwarzenegger? TERMINATOR! Weren’t they married a couple years?

One response to “Louise P on Avatar”