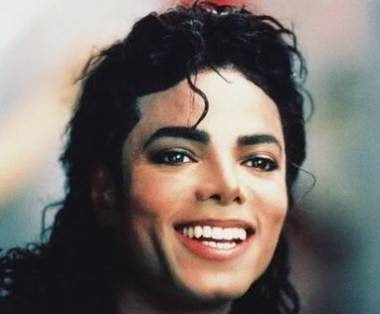 The King of Pop.

Louise P. on the death of Micheal Jackson

So there I was, minding my own business on the Thursday thatÂ Michael Jackson died. When what appeared in my inbox but a request for a radio interview with yours truly, about my thoughts on the death of the singer. What could I say? Being ever hungry for publicity of any kind, I said sure.

By coincidence, my ex Louise called that night. In fact I was talking to her when the email arrived. When I told her, she got super-excited. Nothing seems to get her going more than the possibility of me humliating myself on a public forum. She’s an avid reader of this blog, for example. And the other time or two I’ve done something for radio, she’s tuned in, and roundly critiqued every word.

So after I got off the phone with her the first time, she called back. This time she had suggestions of what to talk about:

Louise P: Maybe you should copy someone else’s report. Don’t speak ill of the dead. Maybe you should practice. Record it first and then play the recording. They’ll be asking questions, “So, what do you think about his music?” and you’ll be saying “So anyway, I think that he was a very bright man, and he danced a lot.” So you’re answering the wrong question. Tape yourself in advance. That’s the dumbest thing ever. Try taping yourself and see what you sound like so then you can change it.

Shawn Conner: Thanks for your confidence.

SC: First time you were smiling.

Me: Why would I be smiling? Michael Jackson died. What’re you, crazy?

Me: Thanks for your advice!

Louise: Are you going to say it’s a blight to music-dom?

Louise: But I joined a Scrabble tournament, did you know that?

About an hour later the producer of the segment calls and puts me on hold during a commercial. Then I’m talking to the show’s host, Jon McComb. (the reason they called me, though I don’t know where my email address came from or who suggested me, was probably because I’ve been writing “music journalism” for the last 100 years or so.) So I did the best I could, considering I’d already had a couple of glasses of wine, to string a few sentences together and make some sense of the whole thing. Mostly what the host kept coming back to was Jackson’s legacy–whether he would be remembered for his music or his other, less savoury proclivities (whatever they may have been).

To me, this is one of the least interesting aspects of the situation, mostly because, who the f*** knows? it’s impossible to say how history will judge him or, at this point, what new horrible facts about his life we might discover (and even then, those will probably only be the tip of the iceberg thanks to all those non-disclosure agreements). What interested me more is the idea of communal mourning, and how we now have all these social networking methods to connect on this front.

But that never came up, and I did the best with the questions I was thrown. No sooner had my five-minute segement ended then the phone rang.

No I’m kidding, I’m just bugging you. It’s better than last time. I wouldn’t have known how to answer some of those questions boy. Then I thought, “Louise look, you don’t know about that kind of music, so of course how could you know.” So I was trying to think positive thoughts at you so you would be able to answer them because I was really stymied at some of that.

Louise: At the beginning, one of those beginning ones. Did he say something about how Michael Jackson has affected the music industry? Or your life?

Me: You would have been a bad person to go to.

Louise: Yeah, because I wouldn’t have known what to say, because he’s such a loser. I like the way you kept saying, “Back in the day,” so you kept clarifying it was back at that time. ‘Cos back at that time he was really big, I guess. It kind of, then it helped to say, well today he’s a jerkoff, so that was good, in a round about way. And I liked the way you got in that bit about when records were records, they were real tangibles. And the guy understood what you were saying. He wasn’t like a goof. I would’ve let that slide. But he laughed.

SC: I had more to say about–

LP: Well you should have said it because you sure said the same sentence over again like a loop! “You know, I mean, you know you know–”

Me: Well, he was asking the same question over and over again–He was trying to get in something about Michael Jackson’s private life. I don’t know if he did what he was accused of doing.

Louise: That’s what I was wondering, that’s what I was going to say. I lost track of the interview because I was trying to tape it on my mom’s voicemail so I missed bits of it. All I could do, I kept hearing you say, “Well you know, I mean, you know”, and I thought maybe he kept on asking the same question.

Anyway, I’m afraid that’s all I recorded of our conversation. But there’s nothing like doing something in public and having your ex call up with a point-by-point critique. Thanks, Louise!