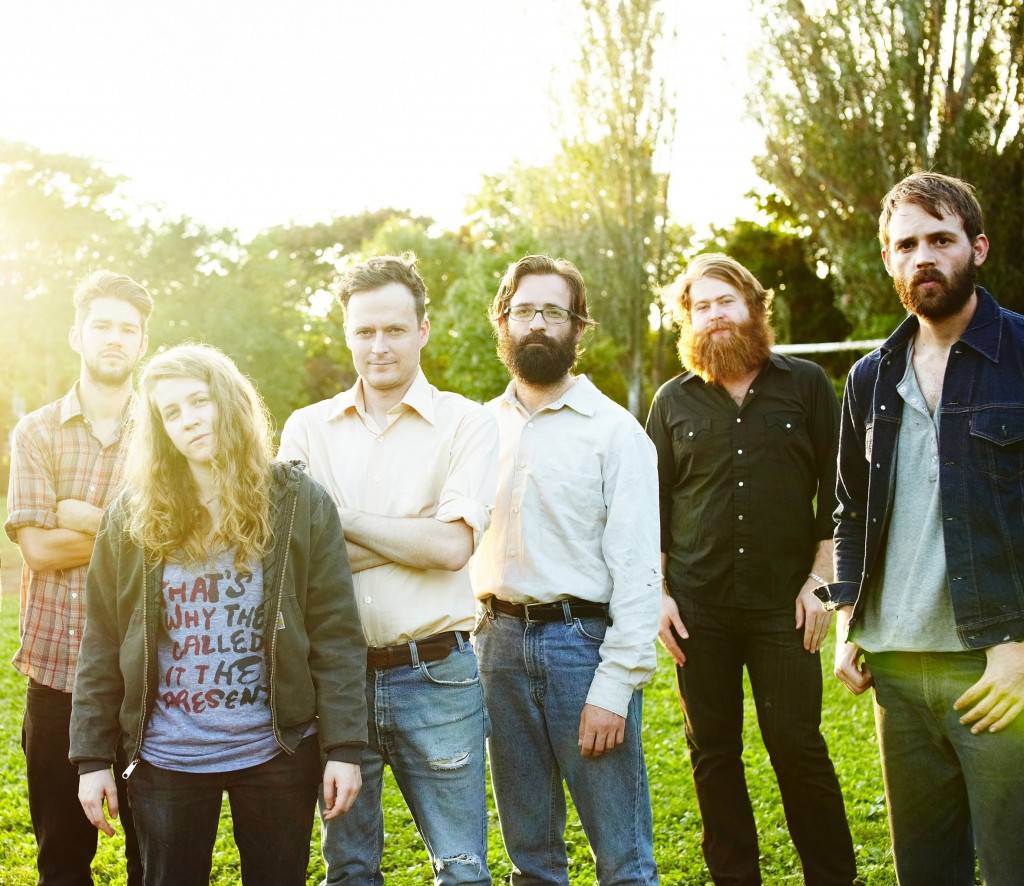 It’s become a bit of a clichÃ© when discussing an album to say, “A record is all about capturing a moment in time.” Bands use this sentiment rather too often, even if for the most part, they’re right.

Yet when bands spend months on end recording a handful of tracks, the finished product often suffers. Enter One Hundred Dollars, the sombre and emotive Americana-by-way-of-Toronto outfit which happens to know a thing or two about capturing a moment in time. Forest Of Tears, its debut full-length, is a poignant, timeless collection of powerful ballads and raucous barn-burners that was long-listed for Canada’s Polaris Prize. What’s more, the stellar 12-track record was recorded in a single, 13-hour session in an old schoolhouse outside of Orangeville, Ontario. Talk about a moment.

Lead singer Simone Fornow briefed me on the recording of Forest Of Tears via an email sent from a motel room in Calgary.

“[Producer Rick White, of Eric’s Trip fame] had offered to record us after seeing us play on a bill with him at the Music Gallery in Toronto, and it was just another gift from the universe. At that time it was only Stew Crookes [pedal steel], Ian [Russell, guitar] and I playing together, so we got Jonathan Adjemian [organ], Dave Clarke [drums], and Paul Mortimer [bass] in for a few practices, and then went up to record with Rick.

“We had given ourselves 2 days, but Rick was so relaxed about it, we just laid it all down. When I first heard the album I was really stoked on it because it was still so new to hear those songs that had been so simple when it was just the 3 of us, arranged by the 6 of us.Â As I see it now, it’s literally a record of how we sounded when we first started playing together, and I’m happy to have it.Â Now that I’ve had more experience recording music, I look forward to taking a longer time with the process and experimenting with production.”

And there will undoubtedly be more opportunities in the future for Fornow and the rest of One Hundred Dollars. On the strength of the Polaris-nod and their brazenly authentic live set, people outside of their Toronto are starting to take notice of One Hundred Dollars. The group’s current cross-Canada tour is a chance for many to get acquainted with their dusty, nostalgic sound. Plaintive ballads filled with honest stories of lost love and the hardship are what One Hundred Dollars does best, but at times, they employ a palpable punk aesthetic. The stories told on Forest Of Tears, especially that of the shit-kicking title track. And as to be expected with a voice as soulful of Fornow’s, her influences are wide-ranging.

“In terms of form,Â I draw from classic country song writers like Dolly Parton and Tom T. Hall,” writes Fornow. “George Jones taught me how to get wild vocally. I never really listened to punk. I listen to my roommate’s punk band, but I actually don’t know much about it at all. Maybe our demeanor in contrast to other country bands is more punk? I think there’s more psychedelia going on in the music than punk.” Fornow writes that she owes the psychedelia influence to the Unintended, a Canadian indie group featuring White, as well as members of Blue Rodeo and the Sadies.

“What I learned from punk was three chords, verse chorus verse. Country tunes and punk tunes share this structure.Â  I played in punk bands till [sic] I was 20. I learned how to play punk music first, so I come to playing country having been schooled in punk. Country is just really hard to play, and punk isn’t.”

In the same email, the rest of the band, including Mortimer, Russell and Clarke detail other musical influences on One Hundred Dollars’ sound. With answers as varied as Gordon Lightfoot, Hank Williams and Nirvana, one can understand how One Hundred Dollars arrived at such a dense sound. Six players and a variety of influences can often bog things down in the studio and on stage, but the band has managed to put their collective hopes at the forefront. And it seems to be working, according to Fornow.

“We’re disciplined about playing together, and we just kind of communicate musically regularly, so musical ideasÂ  emerge and stay or don’t. And I guess like any collaboration, we have the same vision and help each other to realize it.Â  If we didn’t we wouldn’t be in a band together. But also, it’s just a process of becoming, and most often your vision of what you want as an individual can’t live up to what actually comes out when you get down to it collectively.”

Fornow’s spin on the creative process speaks highly of their collective ethos and it also serves to get fans of One Hundred Dollars excited about their future. Yet it’s Mortimer’s take on the question that leaves the possibilities for their live set wide open.

“We just practice and it sucks and everyone has one hundred feelings about how we should play, and then eventually after practicing a lot, all the bad ideas get weeded out.”

“Hopefully,” adds Clarke, leading one to believe that maybe One Hundred Dollars are punks at heart.