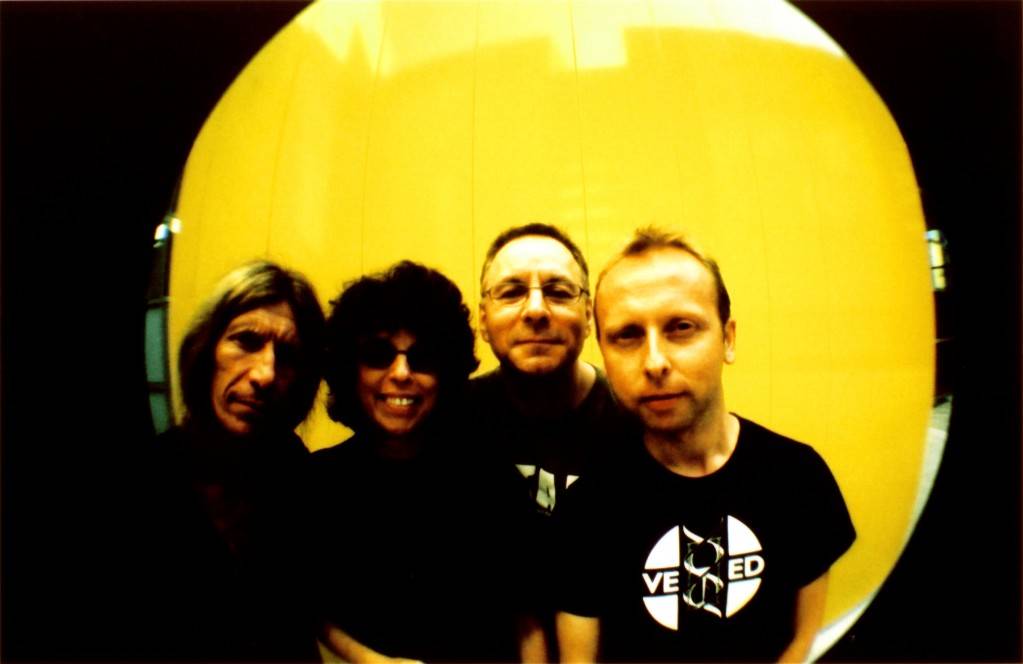 Formed in 2004, Githead is the gestalt of Colin Newman, Malka Spigel, Robin Rimbaud and Max Franken.

Newman, as a member of crazily influential punk/postpunk band Wire, is perhaps the best known Githead. Spigel was part of ’80s group Minimal Compact and has released records on Swim, her and Newman’s label. Rimbaud also operates under the name of Scanner, his electronica pseudonym. And Franken, the drummer, was Spigel’s bandmate in Minimal Compact (and has worked as a psychiatric nurse in Amsterdam for the last 20 years).

Earlier this year, Newman was invited to curate the third Sled Island, an annual Calgary music festival. He and partner Spigel spent a month in the city, where they struck up a friendship with organizer Drew Marshall. Marshall arranged this interview, which took place via Skype. After reaching Newman and Spigel at home in London, we talked about the “infamous” 1979 tour which saw Wire opening for Roxy Music, playing a Legion in Calgary and Canadian bands with “fuck” in the name. 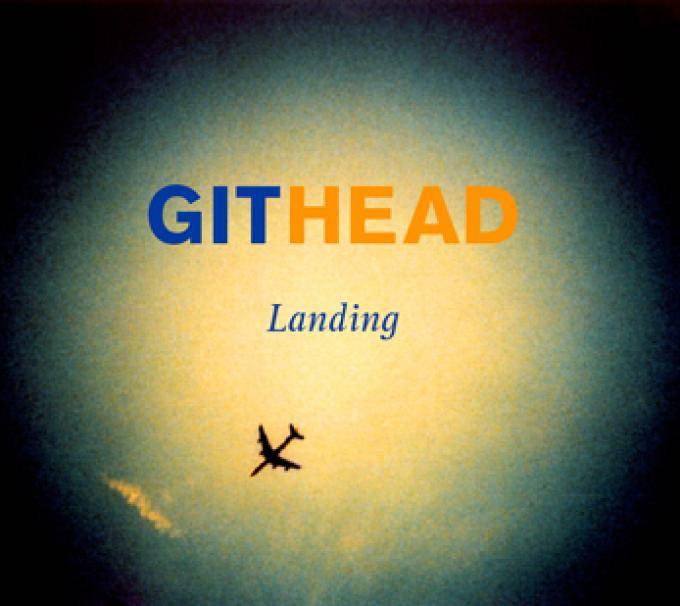 Shawn Conner: I was reading an older interview with you from Dusted that mentions “the infamous 1979 Roxy Music tour”. Why infamous?

Malka Spigel: Yeah, what was infamous about it?

Colin Newman: Uhm, because it was miserable.

MS: They hated you.

CN: They didn’t hate us. But 1979 Wire and 1973 Roxy Music would have been a good pairing. But that pairing, not so good. They were playing like Bryan Ferry and his backing band.

SC: Have you played to more than your fair share of unsympathetic audiences?

CN: Well, these days audiences tend to be more sympathetic than audiences in the ’70s.

SC: People usually have a better idea of what to expect when they go to a show.

CN: To an extent.

SC: It seems like Githead has concentrated on Europe and isn’t so concerned with North America, though the band’s played a few Canadian gigs.

CN: We haven’t yet played in the U.S. We’re not really content with that situation. There are technical problems with that. Canada is a little easier. The cost of the paperwork to play as a European citizen is considerably cheaper in Canada. Although they do have withholding tax it’s a much smaller percentage.

In the U.S. it’s quite prohibitive. And we are completely self-funded. It’s a positive thing in that we do exactly what we want in the way we want. But no one’s putting any money in to “break” us in North America. As musicians we may have been around awhile but Githead as a band hasn’t been around awhile. It’s not something people with throw money at.

SC: What with playing with Wire, solo touring and Githead, you must know Europe and its venues pretty well.

CN: It changes, where you play. In the ’70s, you would never play in Italy or Spain. It was all Germany, a little bit in France, Belgium, Holland, those were really the strongholds, the centres of the music industry. Both Wire and Githead have played in Spain this decade, and Wire has played a lot in Italy, it’s a major market now. Githead will go there next year. And now Eastern Europe is coming on, but you just didn’t go there before. Now, if you’re some kind of punk band you could tour Eastern Europe forever.

SC: What does being a guest curator entail, exactly?

CN: The job came with no description. Malka and I went over last April to Calgary to figure out what I was supposed to do. I knew I wanted to bring Githead to play at Sled. And I didn’t want to just write a list and say let’s get these bands because that’s just boring. I wanted to be more involved in the thing. I think this year was quite a special year, the first year it broke even. It’s a not-for-profit organization, but had not done brilliantly financially up to that point.

SC: You must’ve spent some time in Calgary.

MS: A month. It was interesting. Very different from anything else.

CN: We went over in April to see what is possible here. So then a couple of weeks before we got there, we were told they were going to have a launch party at the Legion, and would we like to play something? Well, we were only half a band, we can’t do half a band. So we said you have to find two local musicians, a guitarist and a drummer and we’ll do an impromptu unannounced thing. So Malka and I went into the studio for half an hour and jammed on a few things, they found us the musicians, we rehearsed for one-and-a-half-days, and then we did a gig. [According to Sled Island organizer Drew Marshall, the musicians were Daniel Christ (guitar) from the Sharp Ends and Mark Iggelsden (drums) from Forbidden Dimension, both from Calgary, and the impromptu band was christened Spacemaker 801 “after a rusting barbecue” in Igglesden’s backyard”.]

Fucked Up headlined that night. We were totally unannounced so no one knew who we were, and the response was amazing, people loved it, they thought we were a regular band. It was all completely new material. I found that a really exciting moment. It says a lot about the audience in Calgary, that people are very open to stuff, to hearing something for what it is.

MS: And coming from London, the audience was much warmer and more enthusiastic than a London audience.

SC: What did you think of Fucked Up?

CN: And we saw Holy Fuck a couple of times. It seems like if you’re Canadian and you have “fuck” in the name you’re really good.

SC: Let’s talk about Landing, the latest Githead album. Was the process of making it different from previous records?

MS: The process was quite similar. We start here playing with Robin [Rimbaud], then we go to Rotterdam to record with Max.

CN: The perfect way is to write the material, rehearse it, play it live, than record it. Unfortunately nobody is going to pay for that. So the idea is to find a way to combine a performance by the band and put time and effort in your own space into polishing something up. That’s pretty much how it worked. What’s good about it too is that it’s old school; you have drums and vocals and guitars recorded in the same room. This record is more like a band album. Some of the backing tracks come straight out of playing live in the studio.

CN: It’s funny, every interview asks the same thing, is it a concept album? It wasn’t meant to be like that. Art Pop, the last album, was more obviously song-y in a way, and it received great reviews. I didn’t think it was possible to make a better record than Art Pop, and Malka said no, the next one’s going to be better. And that was the only real concept around the record.