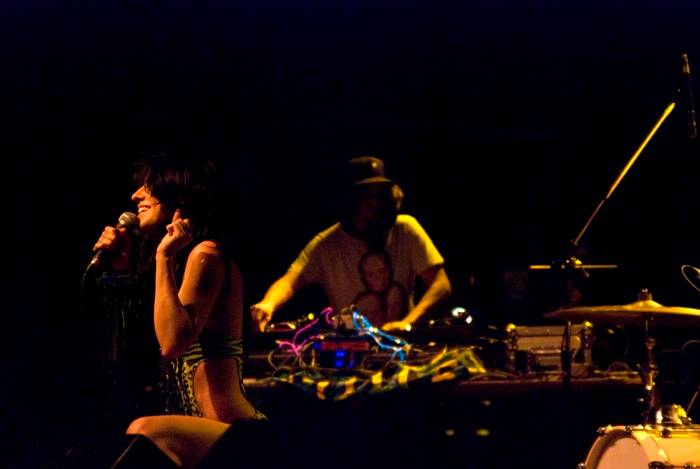 TheÂ Philly rapper signed to Downtown Records in 2007. This summer she released her debut solo album I Love You, featuring producers XXXChange of Spank Rock, Diplo, and Dave Sitek (TV On the Radio).

“With a seven-minute build-up to her entrance, Amanda really had the crowd hyped,” writes photographer Amber Anne Dawkins.Â “Her energy onstage is that of a teenage gymnast. Her huge grin had the fans literally screaming…”