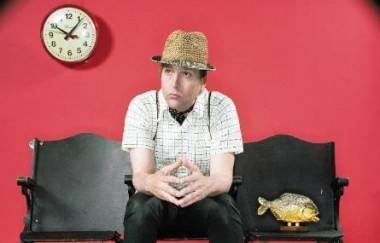 In the annals of Unsung Heroes of Rock ‘n’ Roll, Chuck ProphetÂ deserves a chapter, if not a whole separate book.

CP: Absolutely. It just coincided with the fact those books being reissued. We’re populist. That was kind of the difference between Green on Red and Leaving Trains and some of those bands, what the guys in Green on Red used to call “the Westies”–the Rain Parade, the Bangles. I think it referred to the fact they came from the west side [of L.A.], and they could afford imported records, or whatever. Who’s the mad genius behind Pink Floyd? The first guy?