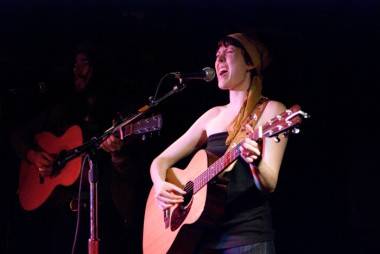 She taught herself guitar. Her first recordings were self-released in 2003 asÂ Forest Parade. Her first solo public appearances were at the invitation of fellow Nevada City native Joanna Newsom. She also did a stint in the Nevada CityÂ band Black Bear before continuing with her solo career.

Halocene Music rereleased her 2004 album, The Pirate’s Gospel, in 2006. Â In 2009 she released To Be Still, a stunning record that received positive reviews.

Her second album,Â To Be Still, was released in February 2009.Â In early 2009 she toured the USA opening for Blitzen Trapper. She also released an EP with singer Alina Hardin.