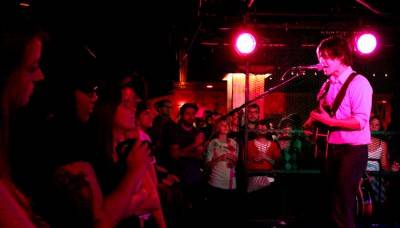 New Zealand trio Ruby Suns, who charmed the crowd by explaining that Canada is to the USA as New Zealand is to Australia (“and Australia sucks!”), opened the evening. The three members switched off between guitars, percussion and synthesizers, and their sunny Afro-pop style sounded like a cross between Paul Simon‘sÂ Graceland and Animal Collective‘s Merriweather Post Pavilion.