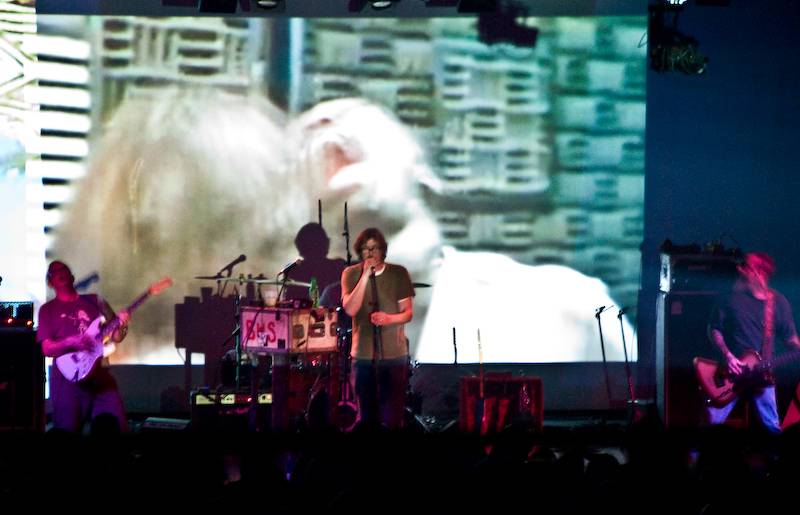 Review and photos–Butthole Surfers at the Commodore Ballroom, Vancouver, Oct 12 2009

Sometime in the late ’80s my brother brought home a copy of the Butthole Surfers album Locust Abortion Technician. All it took was listening to the opening “Daddy What Does Regret Mean?” sample and I was hooked.

That said, I was 16 and the name of the band and the album would have been enough to hook me. Since then I’ve always wanted to see the Buttholes live but never had the chance. Their tours in the ’80s were things of legend, featuring naked women, fire, graphic films and other craziness. Alas, I never managed to make a show until now.

A good portion of the band’s history seems to be self-fabricated during acid-laced interviews. But here are few facts: vocalist Gibby Haynes and guitar player Paul Leary, who met while attending Trinity University in San Antonio, Texas in the late ’70s, founded the band.

Haynes was taking accounting. He eventually graduated with honours. Leary was working on his MBA. At some point not long after graduation they decided that driving around the country doing acid to stay awake and trying to shock audiences was more amusing than working in an office. 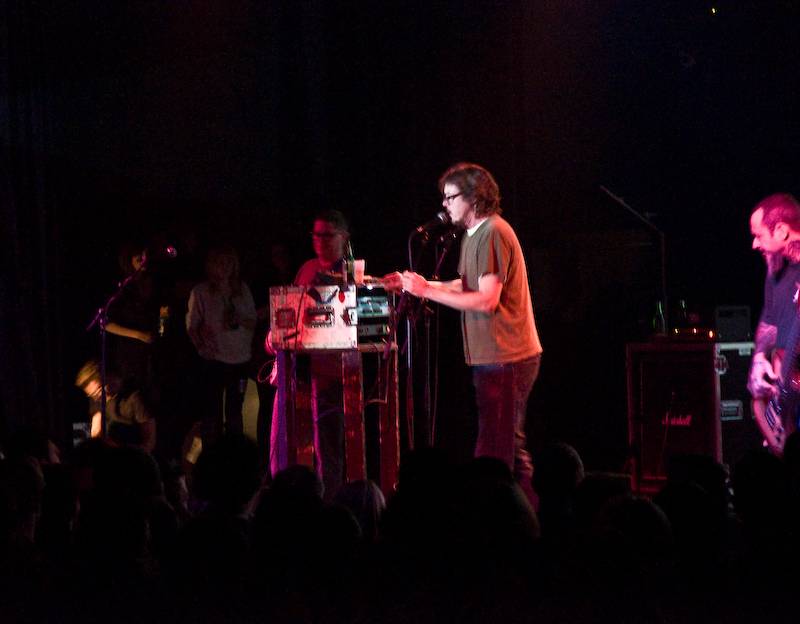 And then came ‘Pepper’

They toured a lot throughout the ‘8os and developed a cult following. During the next decade, the Butthole Surfers even had a couple of big alternative hits. Probably the most well known are “Whatever (I Had a Dream)” from the Romeo + Juliet soundtrack, and “Pepper“, from Electric Larryland. The latter was their bestselling song and a dance club hit.

The band hasn’t released a new album since 2001’s Weird Revolution. But like a number of alternative bands of their time who still have enough living members (and some who don’t, like Alice in Chains) Haynes and co. have begun touring again with the original lineup.

The crowd at last night’s Commodore Ballroom show, which comes mid-tour, was pretty much what I expected. That is, mainly male and over 30, with a good smattering of male pattern baldness and greying hair.

From the time the Butthole Surfers took the stage, the noise was continuous, with only a few breaks between songs. Three separate video streams played behind the band. Naked genital surgery clips were juxtaposed with a naked woman, various exploding head movie scenes, cartoons, eye surgery, and other random imagery. 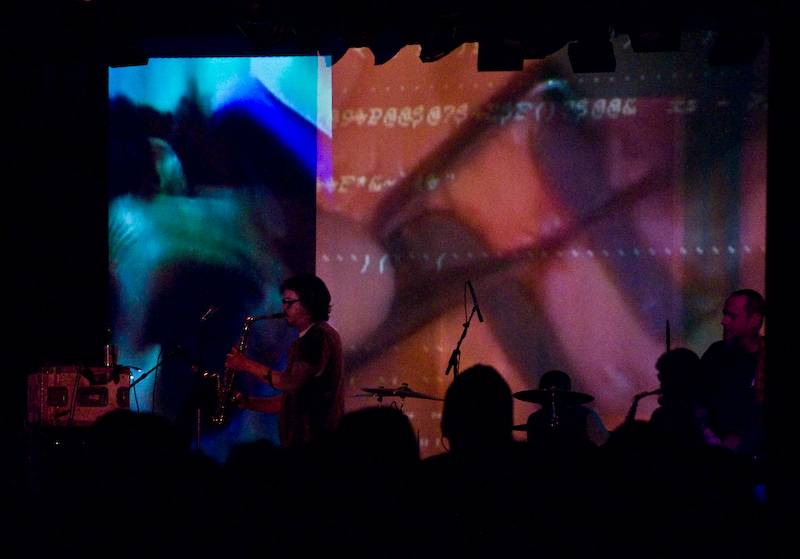 Haynes did a mixture of singing, mainly through his trademark “Gibbytronic” vocal effects box or a bullhorn, and blowing into a sax. He also played guitar for a few songs, giving the disclaimer, “I’m not a guitarist but I play one on stage.”

Leary’s guitar was psychedelic and loud with lots of feedback (how the hell do you describe a guitar player without sounding cliched these days?). He appeared to be having the most fun of all of the band members. The only thing missing was the naked dancer. A gyrating naked woman in her fifties would have seemed perfectly in place on stage with the rest of the chaos.

Hairway to Steven, and other classics

I can’t name or remember every song in the set, but I was pleased. They played a lot of their more popular older material, mainly from Independent Worm Saloon (1993) and previous records. I heard “I Saw an X-Ray of a Woman Passing Gas” and at least one more I can’t name from Hairway to Steven. That album featured pictures rather than song titles.

From Locust Abortion Technician came “Graveyard” and  “22 going on 23”, complete with the original samples. It was great to hear Leary belt out the hilarious lyrics to “The Shah Sleeps in Lee Harvey’s Grave”, off their debut EP: “There’s a time to live and a time to die and I smoke Elvis Presley’s toenails when I want to get high.” In terms of their more popular material, they played “Who was in My Room Last Night”, from Independent Worm Saloon. Those hoping for “Pepper” probably left annoyed and disappointed. 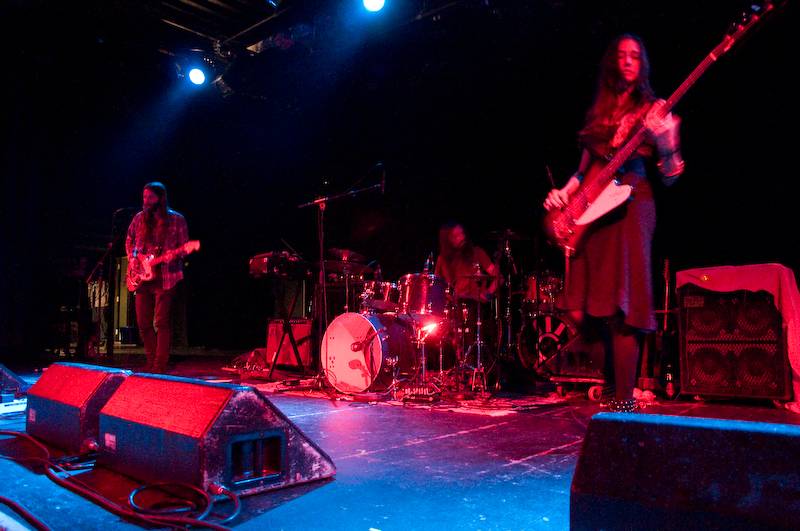 One response to “Butthole Surfers at the Commodore Ballroom”