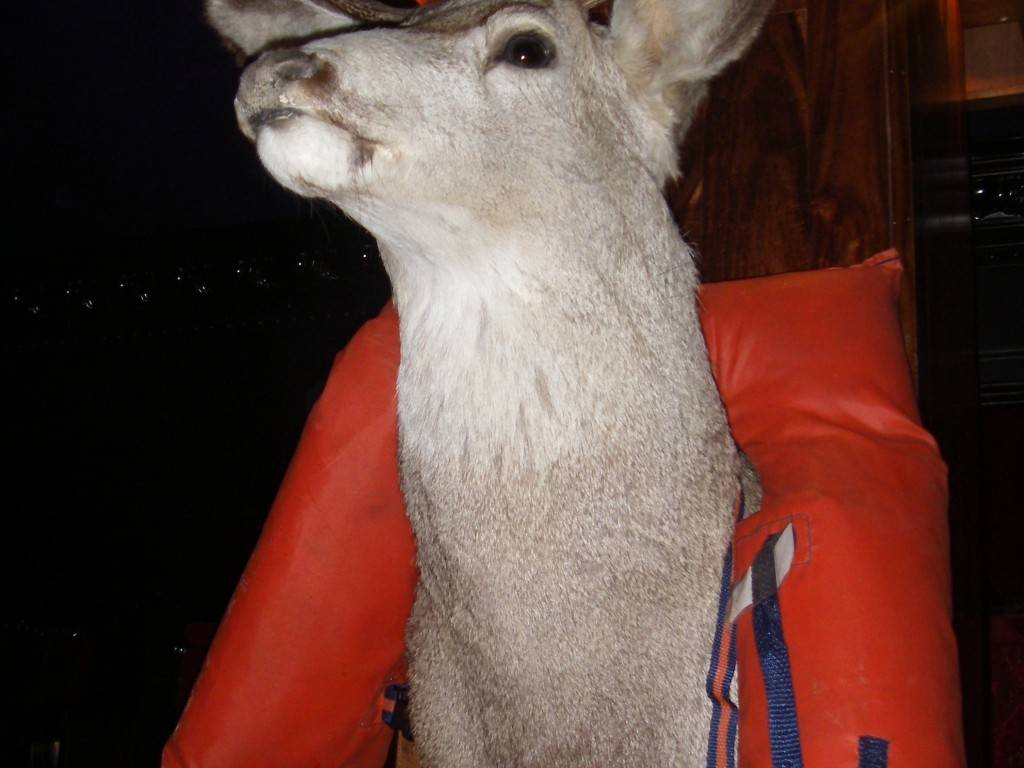 Oh irony. Is there anything you can’t make better.

Although the vast majority of those attending the inaugural voyage of Smooth Sailing weren’t alive when the likes of Steely Dan, Toto and Foreigner unleashed a torrent of smooth rock hits in the late ’70s and early ’80s, that didn’t dampen the salty celebration of the once-maligned era at the Biltmore Cabaret Friday night. Thanks in no small part to the 11-episode online series Yacht Rock, which fictionalizes the lives and stories behind the “really smooth music” that plagued the airwaves 30 years ago, Kenny Loggins, Michael McDonald and nautical regalia have gained newfound respect with younger audiences. Having Journey on your iPod is now considered a badge of hipness rather than an embarrassing oversight. And you can’t swing a viral cat video around the Internet without hitting the whitebread soul of Hall & Oates.

But does that necessarily make it good? And how would the 12 bands, ranging in styles from straight-ahead punk to synth-pop to country, pay tribute to their two to three allotted yacht rock songs – with requisite smoothness or by taking the piss out of it? That’s what I came to find out, multiple pina coladas in hand and compass set to smooth. 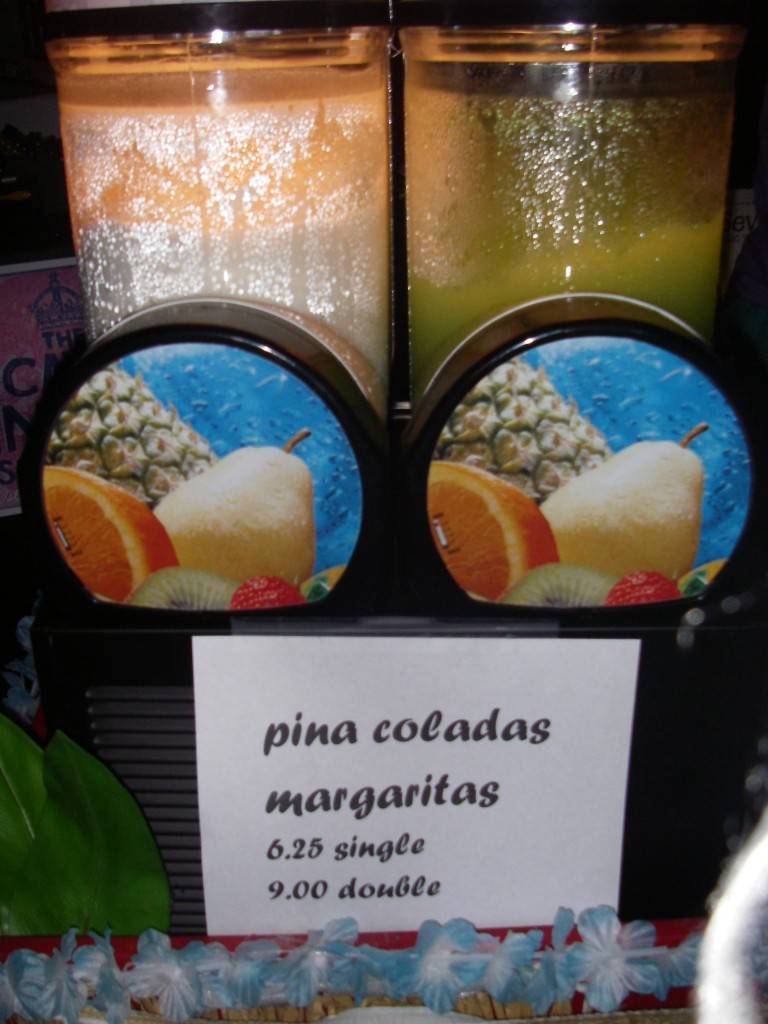 First impressions: If I had the ability to go back in time, besides killing Hitler and writing “Who Let the Dogs Out?” I’d purchase a store on Main Street that sold nothing but sailor hats. Judging from the dozens I saw floating around the Biltmore like a sea of Charles Nelson Reillys, there’s a small fortune to be made. Same goes for tropical shirts, boat shoes, white short-shorts and sweaters draped over people’s shoulders. It was like I was in high school all over again.

Fittingly, the evening set sail in sea shanty form, with an acoustic guitar and a woman in gold lamÃ© tights. The golden siren in question was Valerie Graham who kicked things off with a Steely Dan song I didn’t recognize, a Joni Mitchell tune and, I think, Christopher Cross’s “Ride Like the Wind”. She and her musical partner also made the first of several jokes of the evening about taking Quaaludes. As for my own intake, I was getting comfortably numb thanks the slush puppy machine doling out pina coladas and margaritas. And to be honest, the evening is a bit of a blur, but here’s what I remember.

Shane Turner Overdrive totally killed with its intense version of Alan Parsons Project’s “Eye in the Sky”. It actually made me appreciate the song more. Same goes for Red Cedar’s “In the Air Tonight”. But seriously people, where the hell was the Pablo Cruise or Air Supply? Just embarrassing.

Apollo Ghosts performed what were essentially karaoke versions of Jimmy Buffet’s “Margaritaville” and the Eagles’ “Tequila Sunrise”, singing and playing bongos over pre-recorded backing tracks, which added to the air of beach cabana cheesiness.

I heard three different versions of Hall & Oates’ “Maneater,” none of which moved me terribly.

Fine Mist got the crowd in a lather with the Doobie Brothers’ “What a Fool Believes” and nailed the harmonies, but could have turned up the saxophone. Isn’t that always the case? 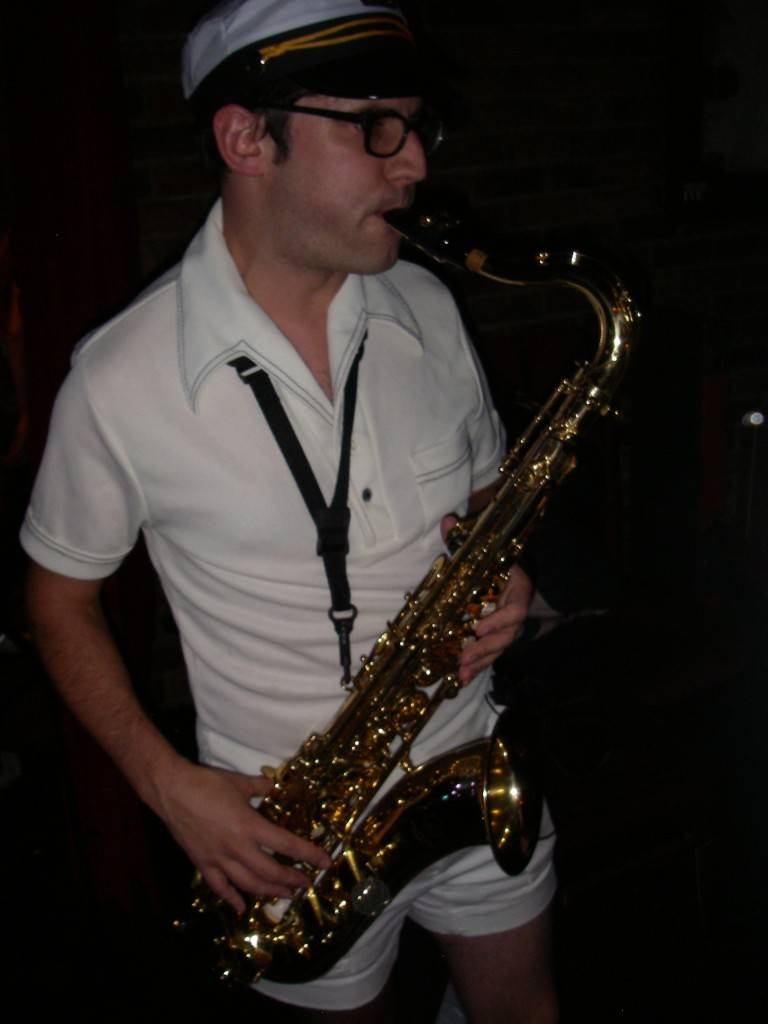 Someone performed “Total Eclipse of the Heart” – unfortunately it was the Dan Band’s version from the movie Old School.
Boogie Monster filled the stage and pulverized Journey’s “Don’t Stop Believing”, Toto’s “Africa” and, I think, something by Styx. And although it was the farthest thing from smooth, the crowd ate it up.

Speaking of pulverizing, the B-Lines rocked the house with their punky take on “Kokomo”, “Love Will Keep Us Together” and Hall & Oates’ “Kiss On My List”. There was nothing yacht rock-y about it, but the B-Lines, more than any band of the night, made the songs their own, and in doing so, arguably made them better – at the very least “Kokomo”.

I also have a vague recollection of someone performing Seals and Croft’s “Summer Breeze”, but that might just be a drunken vision I had while hugging the porcelain after I staggered home.

For the evening’s grand finale, the Biltmore stage filled up and overflowed with people like a lifeboat from the Titanic. The goal was a rousing version of Foreigner’s “I Want To Know What Love Is” but the end result was a messy, drunken, anti-climactic free-for-all and some shirtless dude with turd-like dreadlocks pouring a can of Pabst Blue Ribbon over his chest. Good God. It wasn’t pretty and it definitely wasn’t smooth. But I guess that’s what booze is for.

4 responses to “Yacht Rock Night at the Biltmore Cabaret”