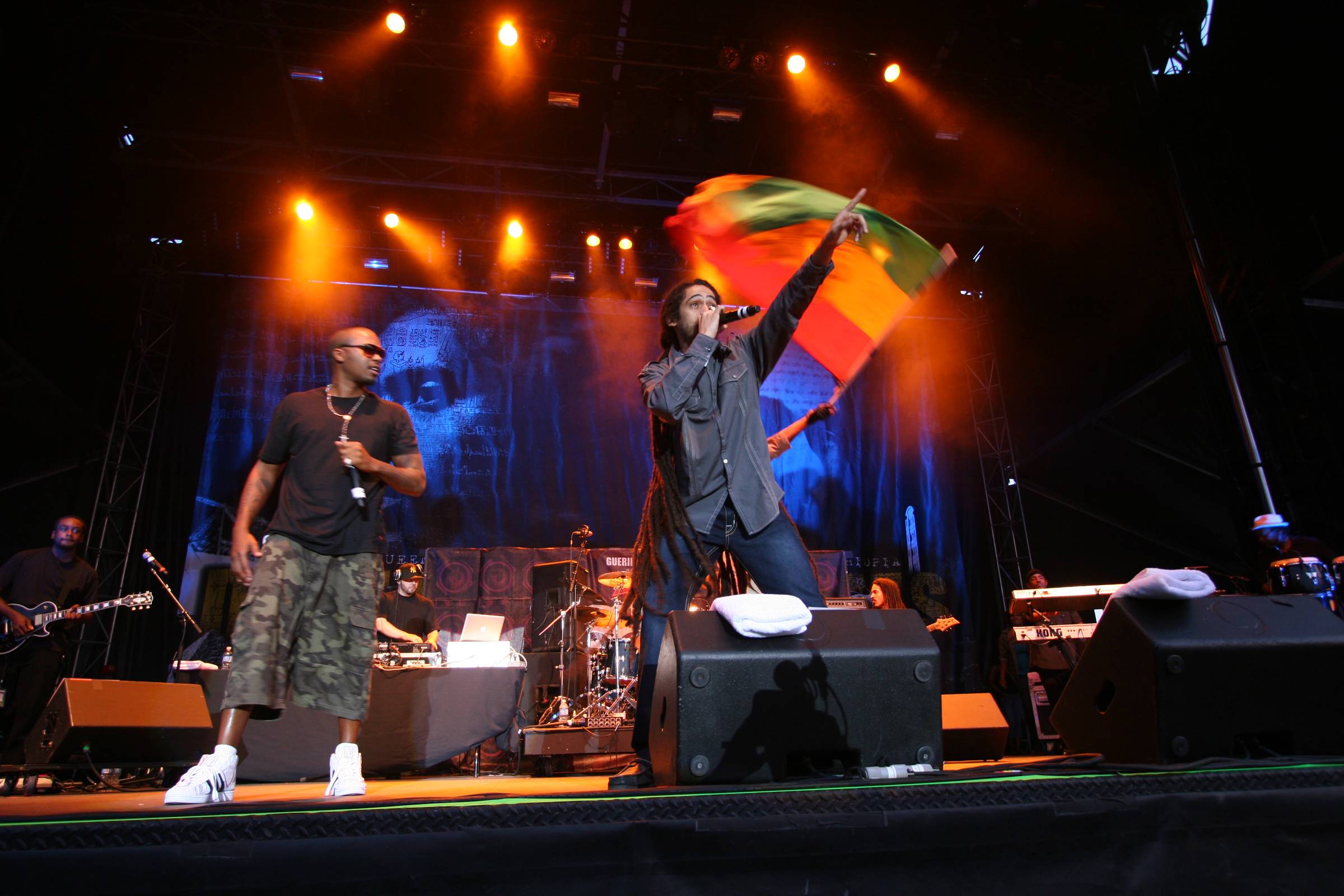 – review and photos by Kayla Joffe

Hip! Hop! Hip! Hop! If hip-hop is alive, say yeah… Yeah! Arms were flailing while clichÃ© hip-hop slogans like these were yelled at Deer Lake Park this weekend, Aug. 1, as Rock the Bells made its first appearance in the Vancouver area.

It proved to be a great success. In every corner of the venue, you could find someone dancing, smiling, drinking, smoking and hooting and hollering at their favourite rapper. Everything was smooth; except for the fact that the times and acts were changed, the ebbs and flows of the day showed that this festival is well-thought-out and put-together. No one waited around for anything. Well… that’s not entirely true.

Considering it was 30 degrees and there was only one beer lineup, the only complaint from the festival-goers was the amount of time they had to spend waiting in line for beer. But that did not stop anyone from buying beer, drinking it and going back for more. 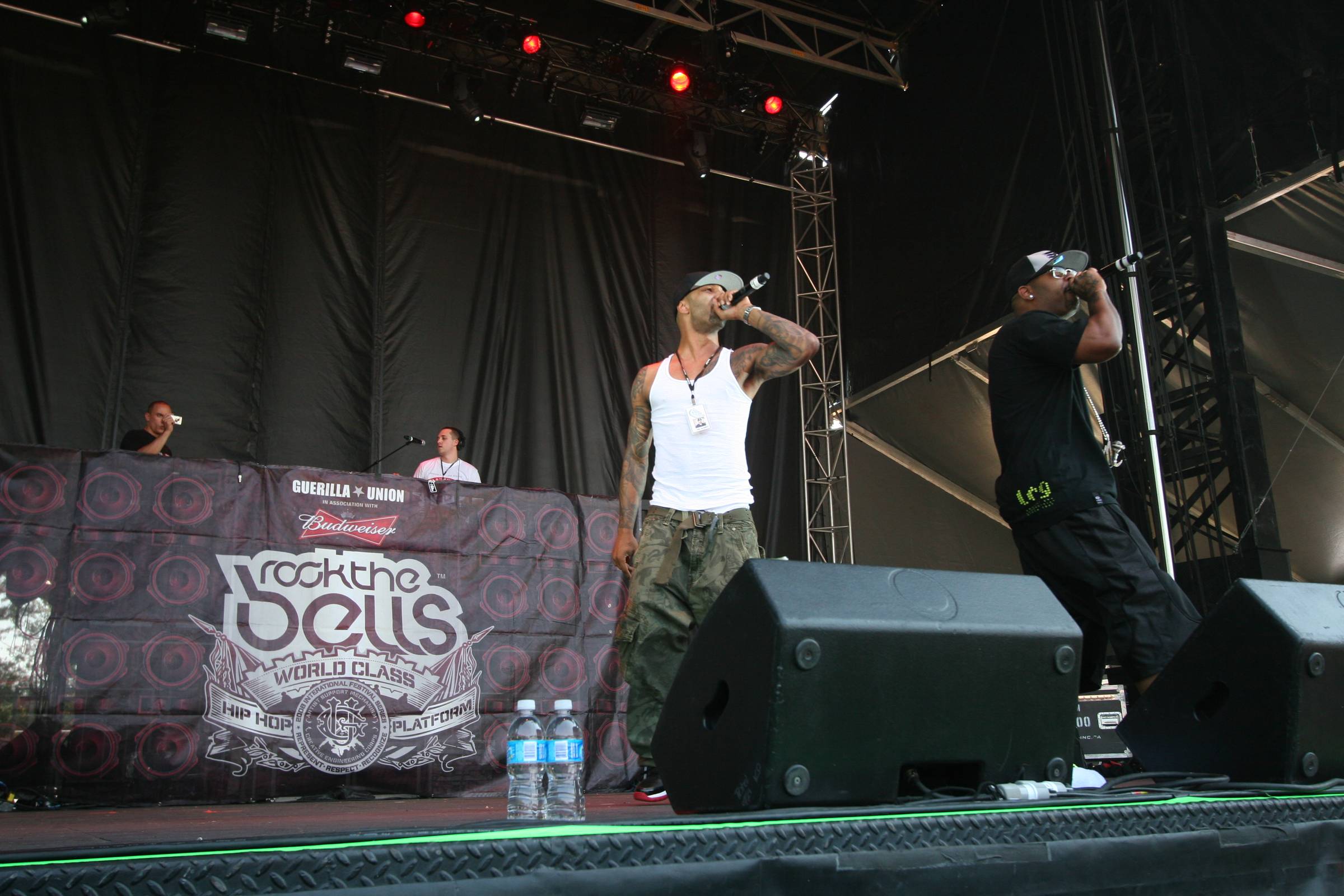 As for the music… Wow! Everyone put on a fabulous show. I got there just in time for the end of Slum Village and the moment I heard them, I knew it was going to be a fabulous day. Slaughterhouse followed and boy can they rap. That might sound funny coming from a white girl, but I found myself watching them with my jaw dropped because of how talented they are. The four of them bounced around on stage showcasing their abilities and feeding off of each other.

During the break, the crowd fought their way to the front, causing what I thought was going to be a riot, in anticipation of Tech N9ne. People pushed and shoved to try and be front and centre for what would prove to be a rock inspired rap show. Tech N9ne crept out onstage, with the crowd going buck wild chanting his name in complete unison, and the word “Sick” written in white across his forehead and a white cross on each cheek. His partner in crime, Krizz Kaliko, followed behind him, minus the face paint and both of them danced their asses off for their entire set. 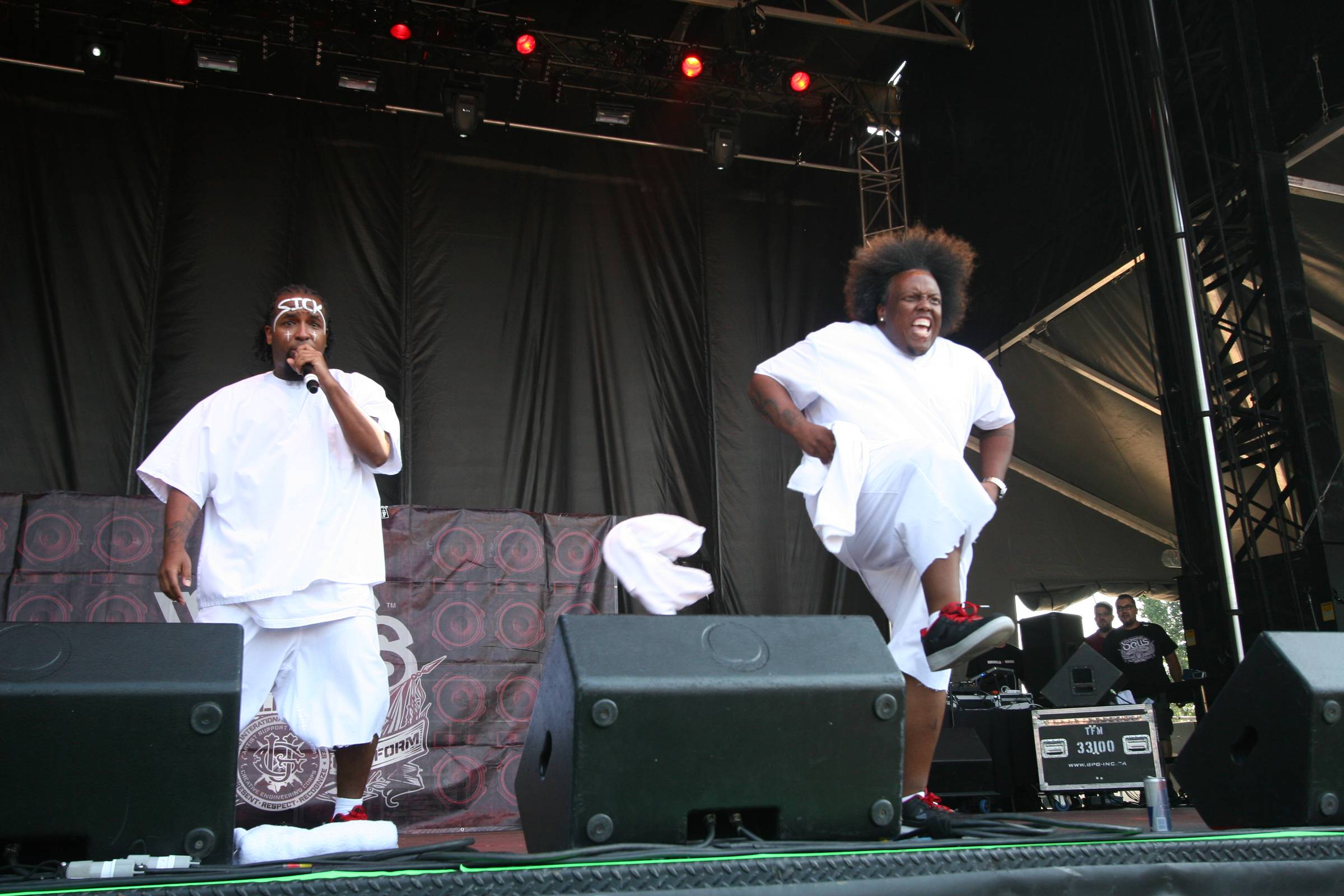 I sat down with Tech N9ne and Krizz Kaliko after their set to talk religion, politics and Twitter, indulging in Hennesey along the way and learning about the symphony-like music underneath their lyrics. They agreed that their gospel backgrounds have inspired them to create an orchestral-like feel to their beats. They were both raised with religion, and although they debate life and God within themselves everyday, at the end of the day they both believe in a higher something. Because the interview went longer than anticipated, I missed most of Common’s set–except for the 20 minutes I got to dance onstage with Tech and Krizz, the highlight of my year thus far.

RZA, who was next up,Â is such a powerful performer that you could really feel how much love people still have for Wu-Tang and that the group is still a force to be reckoned with. I have always heard how smart and lyricalÂ RZA is but had never experienced it. Everything said about him is true: he’s talented, educated and a true showman. 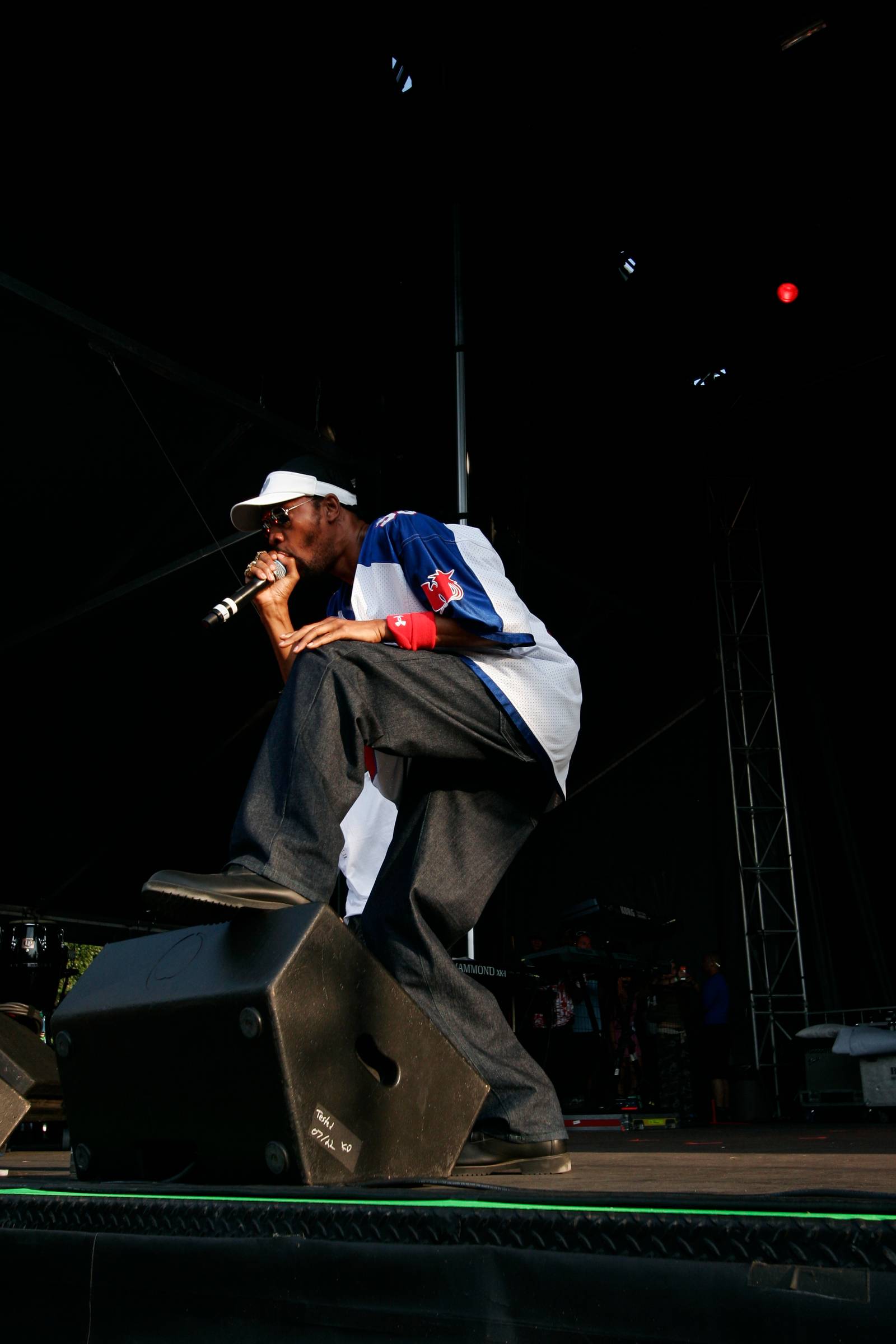 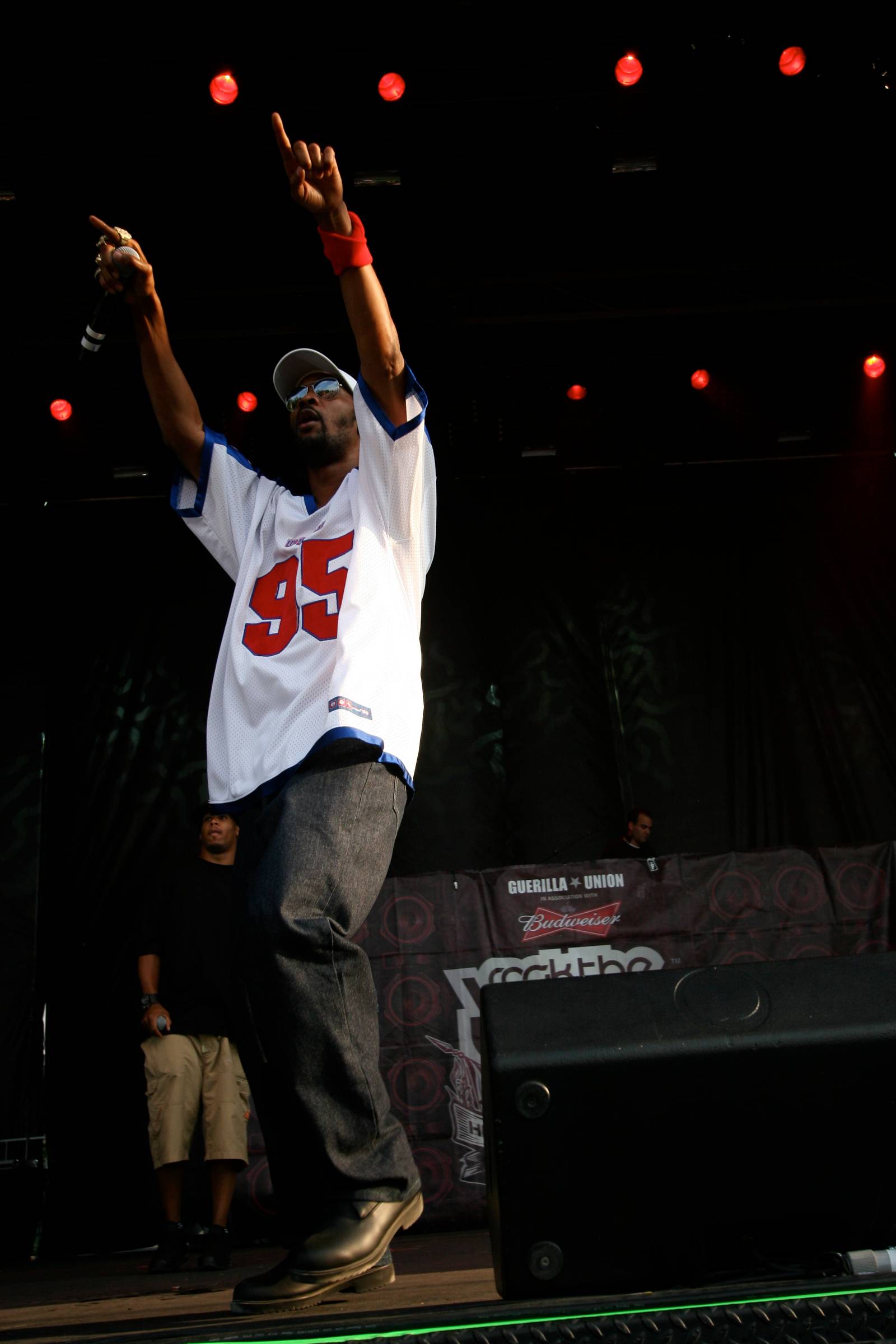 Scheduled for earlier that day until set-times were changed, Talib Kweli – also known as Reflection Eternal – came out next, but for a mere four songs. Four great songs, but that was it. Not impressed. 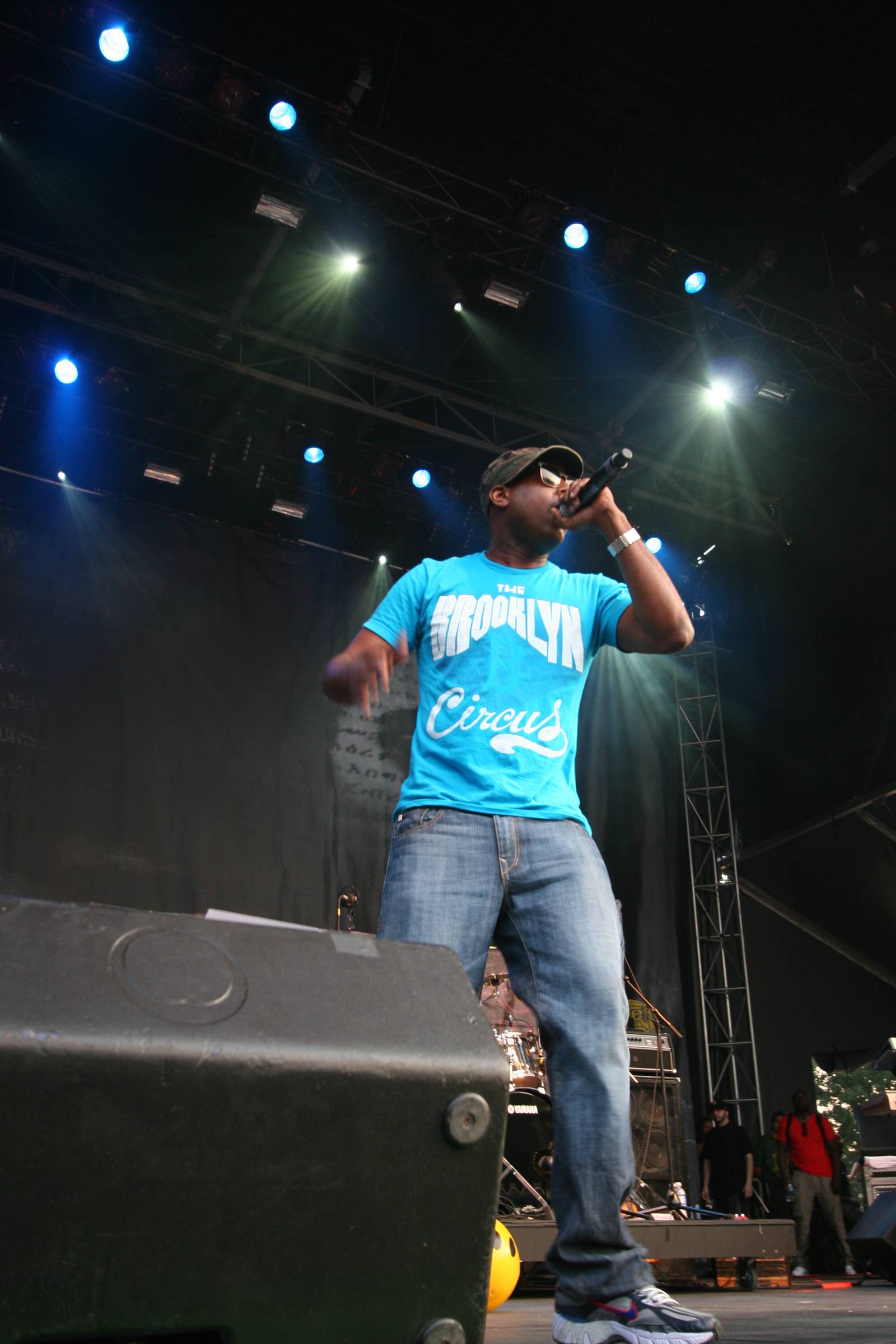 And now the time everyone had been waiting for: Nas and Damian Marley. These two epic artists have worked together in the past on Marley’s Welcome to Jamrock and are releasing an album together later this year. Nas came out first and really got the crowd going.Â A fabulous performer, he knows exactly what people want to hear. 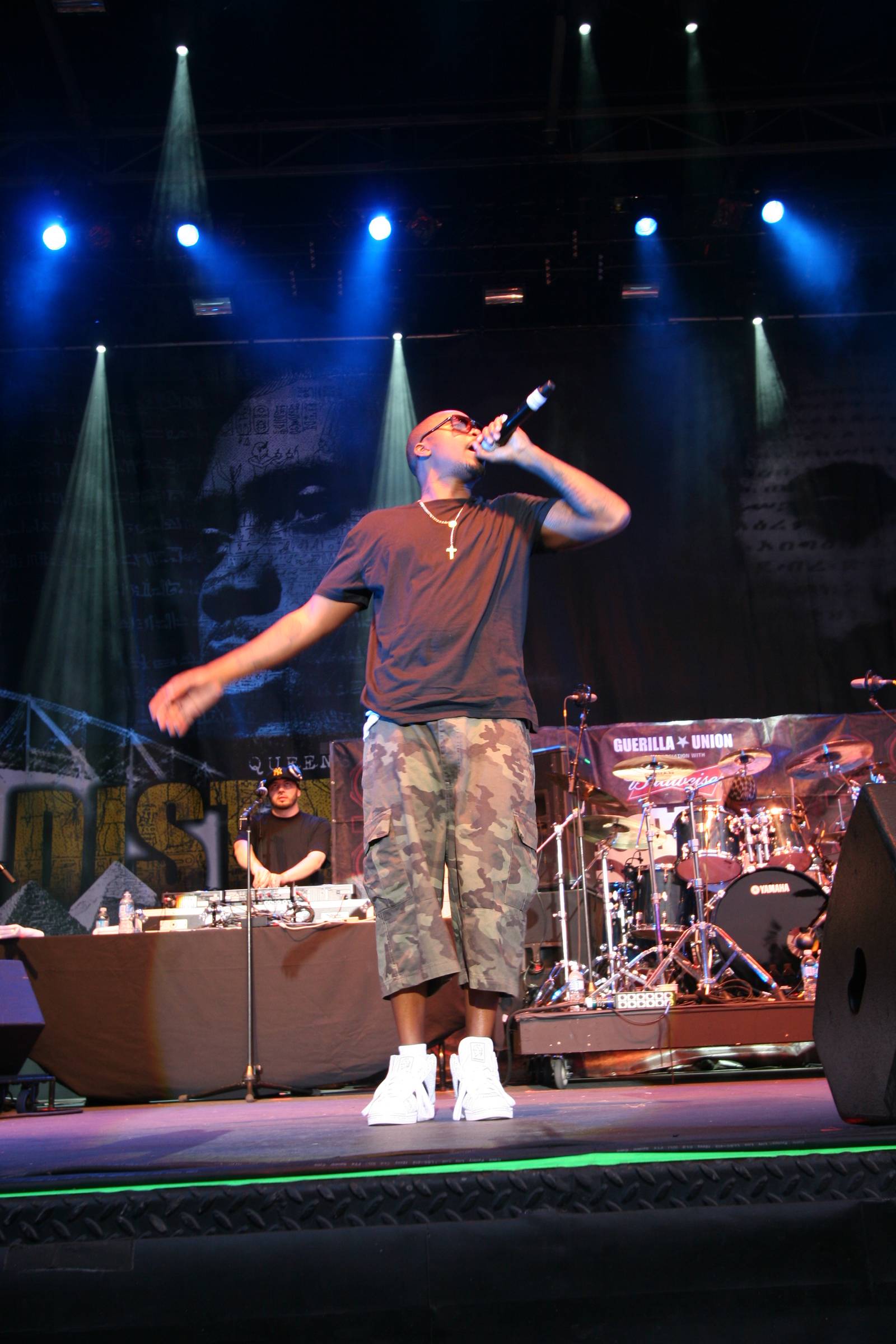 Damian Marley, a.k.a. Jr. Gong, came out a few songs later and the duo rocked out.

Marley performed a number of songs by himself and every person in the audience was jumping up and down. Nas made his way back onto stage to do “Road to Zion” and a few songs from their new album. The overall theme and message was “One love,” which really was the feeling throughout the whole day; everyone was there for the music and it was great to be a part of it. After Rock the Bells last year I said that it was the best day of my life. I now have two best days of my life.