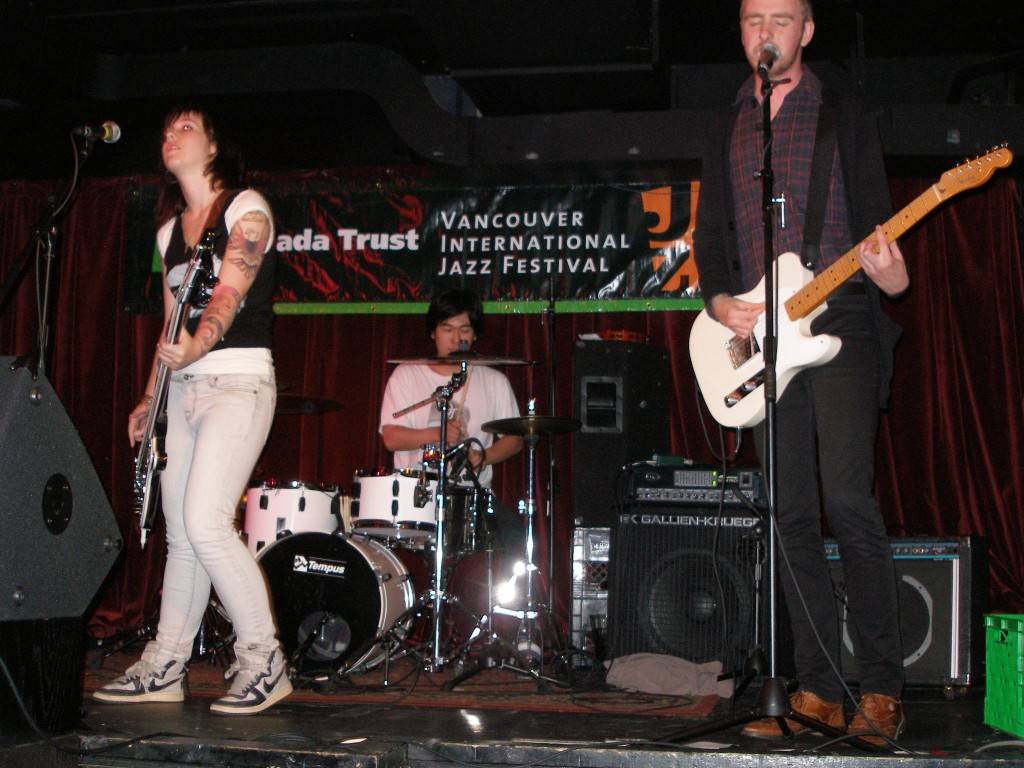 Woolworm’s sound is hard to pin down and their influences are varied – some songs remind me of The Wrens’ Meadowlands, others sound like late Eric’s Trip and yes, oneÂ  tune even sounded, dare I say, a little like Foo Fighters‘ “Monkey Wrench”.Â  Oh yeah, and although she’s primarily the bass player, Felicity Foxx Herst is a spitfire on the mic. More of the screaming lady, please.